Here’s How Cheap Jack Stands Compare Against Each Other 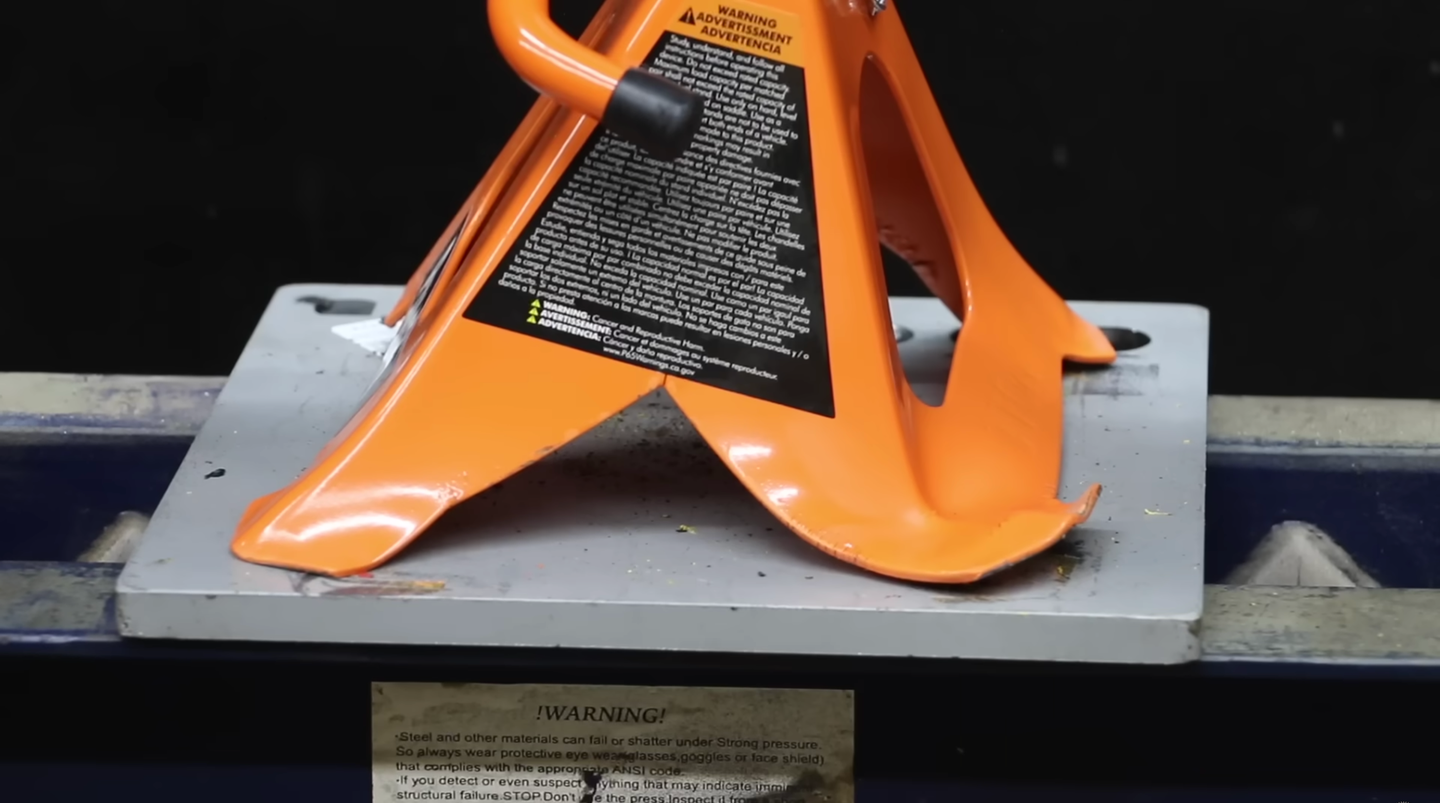 Jack stands are one of the most essential tools in the DIY wrencher’s garage. It’s also one of the first tools any of us with ambitions of wrenching acquires. Like anything, it’s tempting to want to save money with a cheaper option. Cheaping out on safety is never wise, so legendary Youtuber Project Farm asked the question we’re all curious about: how well do cheap jack stands actually do?

Ultimately, jack stands are a pretty simple device. They’re made of either stamped steel or cast aluminum and are meant to support the static weight of a car while you wrench away underneath. They physically lock into place and have a predetermined weight rating, unlike hydraulic jacks, which do not lock into place. Thus, a hydraulic jack is a lifting device, while a jack stand is a support device.

This makes them extremely safety critical. A good jack stand will save your life. Working on cars is rarely a static activity. Major work like engine swaps and transmission removals shifts weight, which can leave one end of the car lighter. Or weight can jostle around if there’s a particularly stuck fastener.

A stable jack stand will prevent movement. An unstable one can move just enough to fall over. A bad one can fail outright. There are even acts of God to consider like earthquakes and how safe a set of stands will be if you are underneath the car.

Project Farm found some interesting results. Overall, cheap jack stands are actually fairly good. But the cheapest jack stands definitely lag behind the rest in all categories. It shows that you can get a lot of strength for not a ton of money, and it’s worth spending $40 more on something that could save your bacon. The test also shows that expensive jack stands really do work better than the rest.

Be safe, folks. Get a decent set of stands and wrench happily and safely.

The post Here’s How Cheap Jack Stands Compare Against Each Other appeared first on The Drive.