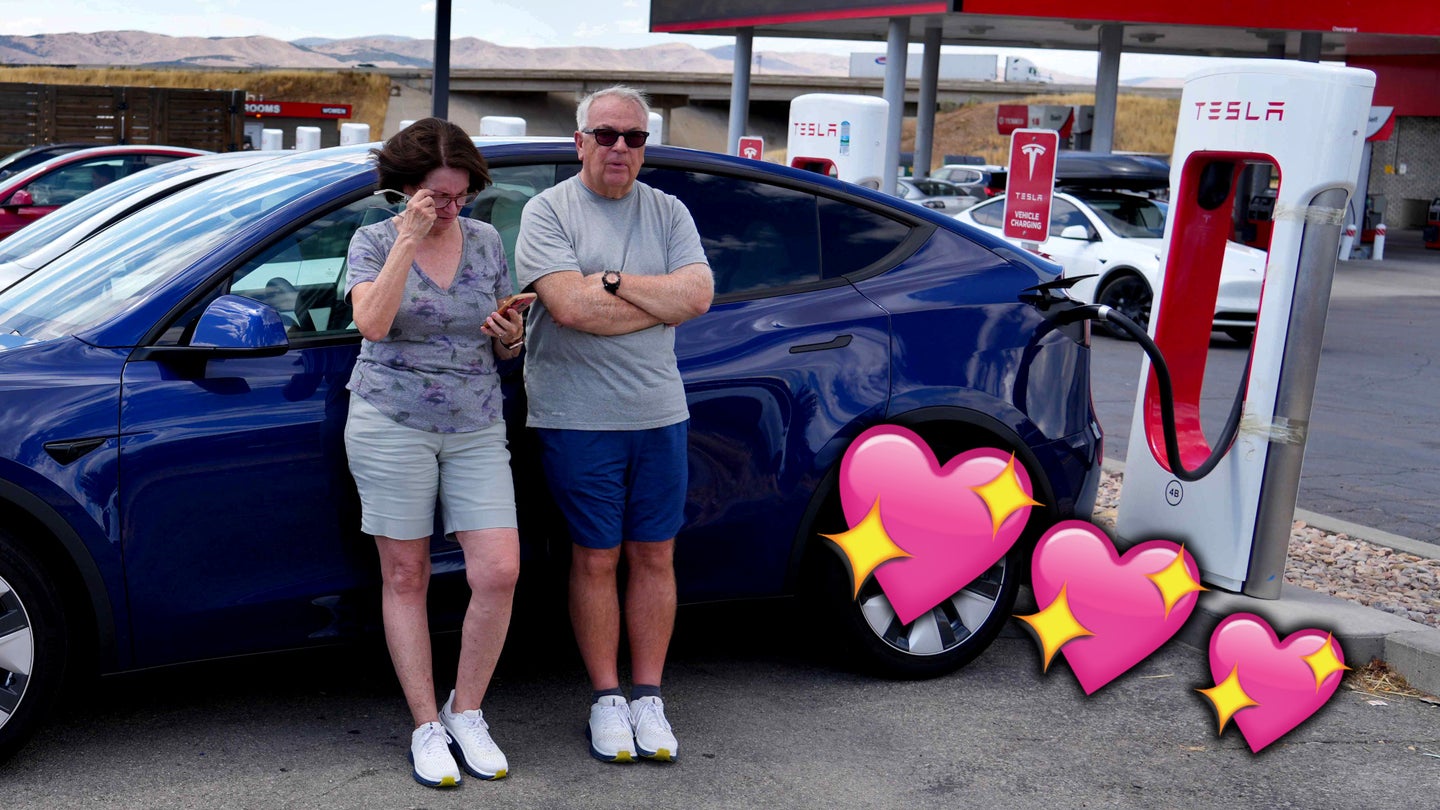 If you’re a die-hard Tesla fan looking for love, hope is finally at hand. You can grade your prospective mates with the unofficial Tesla Dating Score created by Motherfrunker.ca.

You may have seen posts on the “Tesla Dating Score” appearing all over Twitter. Quite simply, The website aims to put a numerical value on one’s commitment to the Tesla brand. The general thrust of the joke is that in Tesla fan circles, this is correlated with one’s quality as a potential date. It’s set up to give the most credit to those that invested early in supporting the brand.

The scoring system is simple. Money spent on Tesla vehicles before 2019 contributes the most to the final figure. Cash spent from 2020 is multiplied by a lower factor, while apparel purchasesare worth slightly less again. Total shares owned are an order of magnitude less relevant. Most of all, though, talk is cheap—Tweets are worth least of all in the calculation.

Those outside the Tesla dating pool might question the equation. After all, many would say the most attractive mates don’t tweet about Tesla at all.

However, for those in the scene, it’s an easy way to differentiate true believers from Johnny and Jessie Come Lately. Those who spent big money early on will rank higher than those who came to the brand later to buy a cheaper Model 3, for example.

Most of all though, the equation is about wealth. Someone who spent hundreds of thousands of dollars on Tesla vehicles will have a Tesla Dating Score well over 10.0. Alternatively, someone without a vehicle, but who has passionately sent tens of thousands of pro-Tesla Tweets would be lucky to break 0.05.

Yes, if you want to appeal to the Tesla dating world, it’s all about money. The best way to pump up your numbers is to spend big on a pre-2020 Tesla. In fact, if you paid $1.5 million for the last Tesla Roadster ever built and did nothing else, you’d have a dating score of 135. That would put you fourth on the current leaderboard, well ahead of names like “Humpidump2” and “Captain Donut.”

Overall, the Tesla Dating Score seems like a bit of fun for Tesla stans that, as of yet, isn’t hurting anyone. If you’re dying to share the rest of your life with a fellow Teslahead, though, consider pumping your numbers up and throwing them on your Tinder profile.

The post Here’s Why Tesla Obsessives Are Posting Their ‘Tesla Dating Scores’ Online appeared first on The Drive.