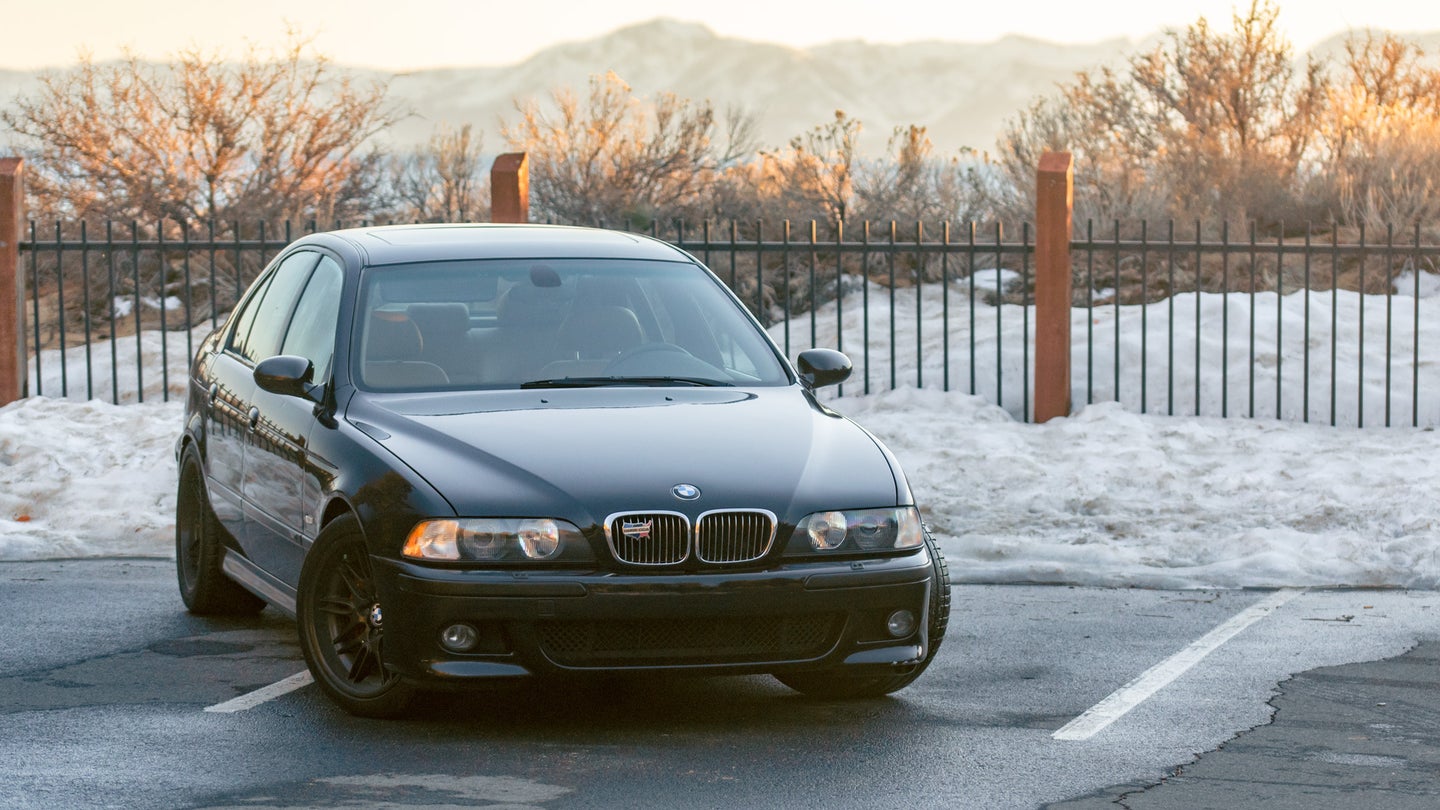 When measuring a mountain, there are many straightforward ways to quantify how impressive it is. Height is, of course, the most obvious: How many feet above sea level is the tallest point? But height can be deceptive: a rock at 6,000 feet will tower over a 4,000-foot summit that borders the ocean, despite the fact that the seaside mountain looks and feels more like a peak worthy of summiting than a pebble in the desert highlands. Geologists, however, have given us another measure to help understand topography: Prominence.

Simply put, a mountain’s prominence is the measure of how much it towers over the surrounding terrain; the more prominence, the mightier it stands against the land around it. A tall mountain can still live its eons-long life in the shadows of the range surrounding it, but a prominent peak is the one casting the shadows. It’s a useful measure for capturing the essence of the intangible: how impressive does it feel to the soul to behold this mountain?

All I could think after stepping out of this beautiful 2000 E39 BMW M5 was that perhaps we, as auto enthusiasts, need our own yardstick for prominence. Some cars stand so tall against all opposition that their grand nature will never be captured without understanding the terrain and the times they were born from. And trust me, this brute of a sedan is prominent.

Origins of the Peak

First introduced in 1984, the BMW M5 was born a hard act to follow. Every car of the first generation (known as the E28) was hand-built, with a 3.5-liter inline-six ripped straight out of the legendary BMW M1. This setup was good for 286 horsepower in 1984. The Corvette, as a reminder, had 205 hp that year.

With numbers that could rival Kobe in his prime, the E28 M5 instantly became the most powerful production sedan on the market. Despite absurdly low production numbers, with only 2,145 ever leaving the factory, the next generation, the E34 M5, was even rarer with less than 1,000 built. But because of this scarcity, the badge had carried an air of subtlety to it until the discontinuation of the E34 M5—yes, it was powerful, but it was still a straight-six BMW sedan, which was the company’s specialty at the time. Because it was so rare, if you didn’t know what you were looking for, you’d never understand why that 5 Series on the highway had just blown the doors off your ‘Vette.

Then the third-gen E39 M5 was introduced in 1998, and it had the tact and delicacy of the Kool-Aid Man next to fresh drywall. The high-strung inline-six was swapped out for a 5.0-liter, individual-throttle-bodied, semi-dry-sump, all-aluminum-head-and-block V8 that put out just a tad under 400 hp and sounded like it. Despite its appearance retaining an air of subtlety, with a body virtually unchanged from more mundane versions of the 5 Series line, there would be no more confusion as to how that BMW just blew by on the Autobahn. If the quad-tipped exhaust didn’t clue you in, the sonorous roar of a 7,000-rpm redline V8 sure would.

Towering over the mountain ranges of the Sierra Nevada is a famous peak known as Mt. Rose. It’s an interesting mountain, for it dominates the landscape, single-handedly drives half of the traffic through Reno-Tahoe International Airport due to its phenomenal ski slopes, and stands as a favorite peak among many in the region … but from a glance at an encyclopedia, it’s a bit unclear why. At 10,785 feet, it’s the 22nd highest peak in the state of Nevada. It doesn’t even make the top 10 tallest mountains in the Sierra Nevadas; that list is dominated by 14,000-foot monsters dotted across the California half of the mountain range. But it does have one special characteristic: Prominence.

Mt. Rose is the most prominent peak in Nevada’s half of the Sierra range. Mt. Rose Highway was the road I drove the E39 M5 on, and one trip up a prominent mountain was all it took to fully grasp how special this car is.

First off, no, it is not one of the fastest cars I’ve driven. Despite the sultry chorus of eight pistons revving to 7,000 rpm in front of me, the E39 is geared long rather than quick. Third gear got me nearly to 100 mph, and it’s a six-speed. It does, admittedly, weigh just shy of 4,000 pounds; it’s a sedan that, when I crawled in the back of for pictures of the cockpit, I actually found myself with plenty of headroom fully upright. It leans heavily towards muscle, rather than elegance. Or so I thought.

After all, despite nearly 200,000 miles traversed, the buttery tan leather still holds its sheen. The center console clicks from setting to setting with the ever-so-satisfying mechanical feedback of stereotypically Germanic luxury. Handling two-lane traffic, leisurely following vans loaded with ski gear up Mt. Rose, it was as comfortable a cocoon as I could ask for, with nothing but the subtle growl of the V8 to remind me it wasn’t quite your normal 5 Series sedan.

Oh, but when the van turned off at the ski area, it was time to uncork the 5.0-liter. And immediately, the choir of cylinders full-throatedly sang; I know I keep driving home how good this thing sounds, but I’ve never heard a V8 soundtrack that I enjoyed this much. And it refused to consider slowing down, pulling all the way to redline; torque peaks at just below 4,000 rpm but horsepower doesn’t stop until the tach’s needle is virtually in the red. Tossing it into a corner reminded me of just how good BMW steering was; I felt nostalgia for an era I was scarcely conscious for.

But despite this brilliantly composed torque curve and excellent communication, it was unmistakably every ounce of its 4,000-pound curb weight. There was none of the laser-guided-missile demeanor of modern electric power steering and turbocharged power-on-demand that later BMWs offer. The torque is delightfully naturally aspirated, but at 8,000 feet above sea level, it was obvious that the whole package needed a little more oxygen, and without the confidence to fling it into a corner like a more deft, modern AWD sedan, I lost quite a bit of speed in the corners that I couldn’t just make up with just some judicious application of the throttle thanks to that long gearing.

And in light of this heft and lack of refined prowess compared to more modern efforts, it would be easy to dismiss it as a BMW party trick from another era; cram a big V8 into a bigger sedan, and let the sound carry it to the echelons of the greats. The annals of automotive history are littered with powerful sedans, after all. Kia, Infiniti, Chevrolet, Lincoln—recent history is strewn with examples of four-doors with 400 hp, all doomed for low production numbers and unfortunately small cult followings; I work in this industry for a living, and I still had to check to see if the 420-hp, V8-equipped Kia K900 was still sold here (discontinued stateside as of January 2021, sadly). So what I found myself wondering, finally at the peak of Mt. Rose, was: what makes the E39 so special after two decades of arguably stronger successors?

But context is everything. It’s worth remembering that this was BMW’s first high-performance V8 in a mid-size sedan since the 3200 S was discontinued in 1963, and it had no right to be near this good. This reborn attempt at a true seats-five-with-a-V monster in over 30 years yielded a car that could walk a Ferrari F355 on a freeway roll and—with a pilot, admittedly, more skilled than yours truly—damn near keep up with it in the corners, with skidpad G’s that were a few hundredths off of some of the most revered Astons, Ferraris, and Porsches of the era.

If you wanted anything approaching sport sedan prowess on this scale as Y2K loomed, you were either picking up a Bentley Turbo R and stripping out its plush leather appointments for weight savings, or strapping two of your friends to the frunk of a 911 Turbo and telling them to hang on tight. Comfort and speed just didn’t exist in this form until the E39 hit showrooms.

Power has ticked up in recent decades and sometimes, I find myself inured to classic machines because of it. In a world where a Camry can outrun a stock turbo Supra, it can be hard to remember just how impressive a car was when it initially hit the streets.

So while on the purely statistical and uncaring level, the M5 has lost some of its sheen as competitors have come and gone, it’s worth acknowledging this paved the way for them all. The E39 M5 defined V8 sports cars for the decades to come with such power and grace that it took competitors nearly 10 years to catch up—if they did at all. Mt. Rose is the perfect way to understand this car: some peaks are worth summiting because they stand so tall among the ranges they tower over. The E39 M5 is that worthy peak.

The post Here’s Why the 2000 BMW E39 M5 Will Forever Be the Peak Super Sedan appeared first on The Drive.