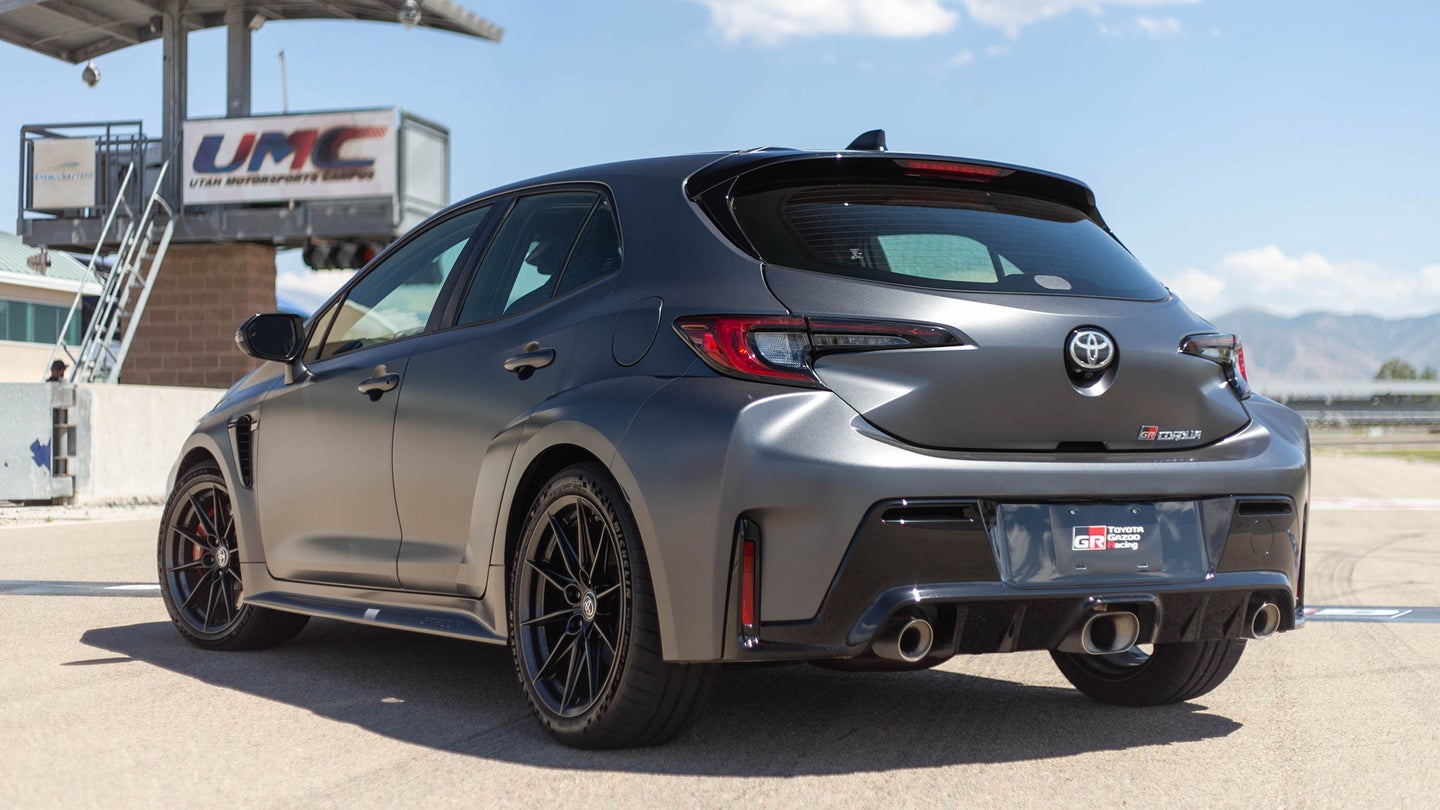 Three-cylinder engines aren’t new—and they aren’t even particularly unique, because the Smart Fortwo, Ford Fiesta and Focus, and BMW i8 all had one—but dropping a WRC rally-tuned example into a road car certainly is. The 2023 Toyota GR Corolla is awesome in many ways, but the fact that it makes do with a turbocharged three-cylinder instead of any other engine configuration is worth a closer examination.

I wasn’t kidding when I said it comes straight from rallying. Naoyuki Sakamoto, the GR Corolla’s lead engineer, told me during the car’s media launch event that when designing the engine for the GR Yaris WRC rally car, series regulations limited them to a max displacement of 1620cc. To meet that requirement, the team designed its engine to be 1618cc. “Just close to that maximum,” Sakamoto said. The result is the 1.6-liter, turbocharged G16E-GTS that, in this application, produces 300 horsepower.

Then there was deciding on the number of cylinders. There are plenty of high-output four-cylinder engines—the 350-horsepower EcoBoost in the Ford Focus RS is a great example—and Sakamoto said he and his team did look into doing something like that. Ultimately, though: “Based on our studies, three-cylinder was best,” he said.

A three-cylinder was the winning design because it was the most efficient choice. The engineers could make it compact while creating more power and torque. The three-cylinder was lighter than a four-cylinder by 20 kilograms, or 44 pounds. Additionally, because there’s one less cylinder, the engine doesn’t produce as much exhaust gas, meaning there’s less back pressure.

From there, everything gets channeled to the car’s functional tri-exhaust pipes. In a previous interview, Sakamoto said that the center pipe is the one “for the high power.” He told us, “Above a certain engine rpm, there is a valve. So they open that and it goes straight to the outside of the car, which reduces the backpressure and achieves the 300 hp.”

In GR Yaris guise, the engine puts out slightly less power at 268 hp and 272 pound-feet of torque. But in the United States-bound GR Corolla, “we needed more power because we needed more excitement,” Sakamoto noted. Also, it’s a bigger and heavier car.

To achieve the extra power, the engineers increased the fuel pump capacity by 20 percent, modified the exhaust camshaft for smoother gas output and further reduced back pressure, and improved the cooling system. The GR Yaris has a 10-layer engine cooler, while the GR Corolla’s has 14 layers. Also, team Toyota upped the boost from 23 psi to 25.2 psi in the Core and Circuit Edition GR Corollas and 26.3 psi in the Morizo Edition. As a result, we get that added horsepower and more torque at 273 and 295 lb-ft, respectively.

It sounds like the G16E-GTS is already a ferociously tuned engine, so one wonders if there’s any ceiling left for the aftermarket to explore. Sakamoto seemed confident, though. When asked if he and his team built this lump in anticipation of people adding more oomph to it, he merely said, “That’s why we’re still joining races with this engine, to see the potential of increase in engine power.”

The post Here’s Why the 2023 Toyota GR Corolla Has 3 Cylinders Instead of 4 appeared first on The Drive.