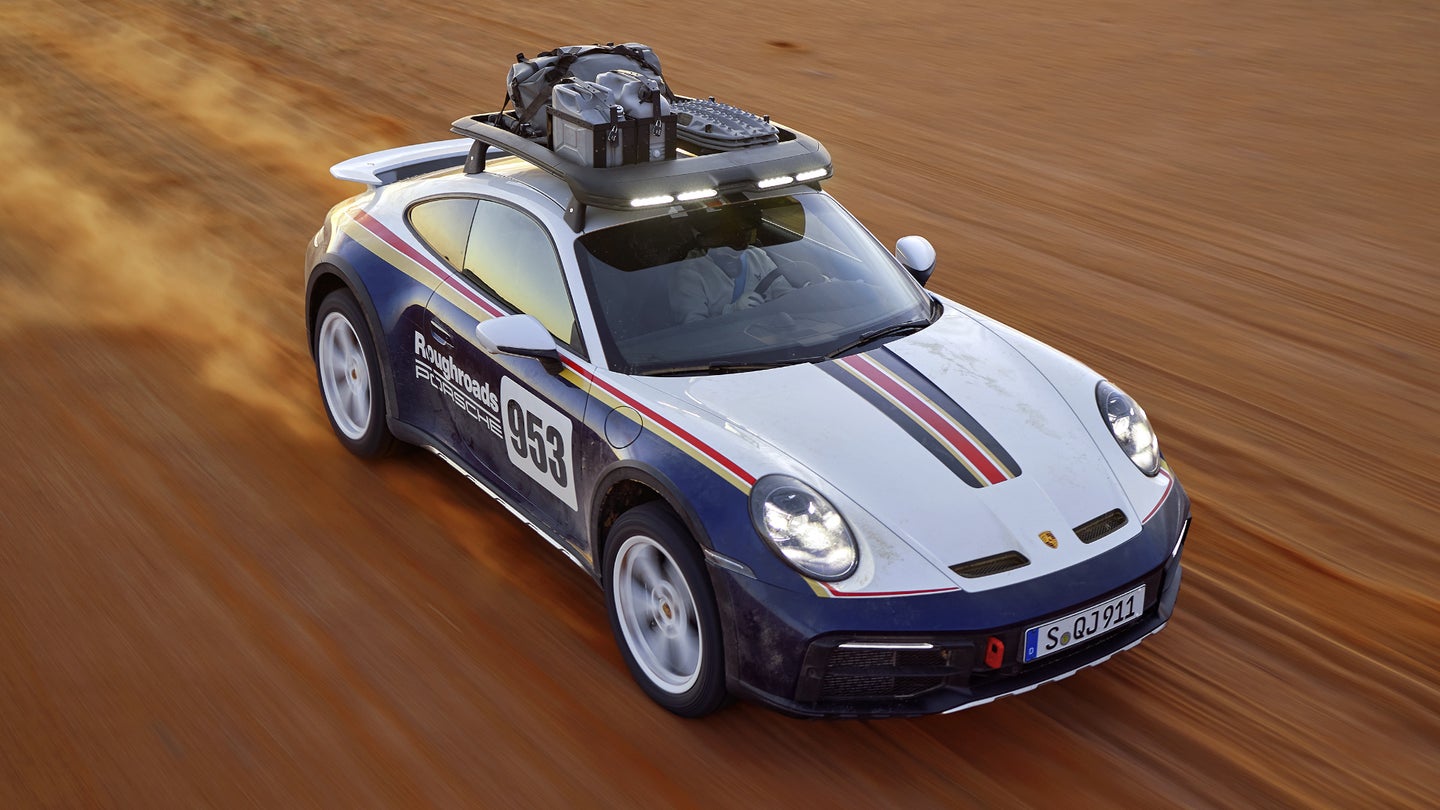 The Porsche 911 Dakar was launched last year as a factory model built specifically for off-road rally antics. You might have expected it to be called the Porsche 911 Safari, but it turns out a copyright snafu got in the way.

As reported by Edmunds.com, the Safari name should have been a shoo-in, given the company’s history. Porsche basically invented the “Safari” concept when it took modified 911s to the East African Safari Rally in 1971. The company’s rally cars quickly became known as Safari models. This later developed into a broader trend, where a street car modified for off-road use became known as a “Safari build.”

Thomas Krickelberg, director of the 911 Dakar program, told Edmunds.com that the initial plan was to use the 911 Safari name. Development initially began back in 2012, with the company building a prototype referred to as the 911 Vision Safari during the process. However, the Safari name was not to be, as Tata Motors held the rights to the name. The company has built the Tata Safari SUV for the Indian and European markets since 1998.

“We talked to them, but they didn’t give us permission for that,” said Krickelberg. Instead, the company pivoted to the Dakar name. It references the Dakar Rally, formerly known as the Paris–Dakar Rally, and Porsche’s 1984 victory at the event.

Amusingly, the Dakar name didn’t come without baggage, either. Despite being the name of a city, it wasn’t up for free use. The Amaury Sport Organization, which runs the Dakar Rally, held the rights for the name’s use in automotive contexts. Some money changed hands between the two parties, and Porsche ultimately was able to use the 911 Dakar name.

Porsche has indicated that more off-road models could be on the cards if the 911 Dakar sells well. However, according to Krickelberg, the 911 is the only one that will wear the name Dakar.

The simple fact is that if you’ve heard a name before, someone’s probably tied up the rights to it already. Of course, some properties do eventually enter the public domain. For example, there’s likely nothing stopping Porsche from building a 911 Winnie The Pooh down the line. It’s a shame Porsche couldn’t get the Safari name, given it spawned the term, but Dakar is a solid second choice.