Here’s Your Chance To Own A Super-Rare Renault Clio V6 Trophy Race Car That’s Already In The U.S. 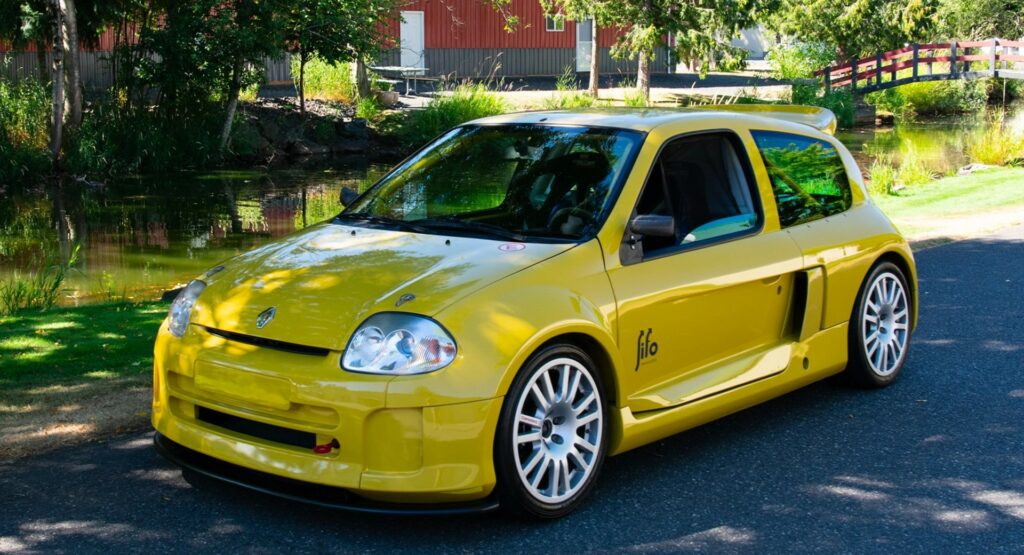 It’s not every day that a Renault Clio V6 comes up for sale here in the United States. It’s even rarer that it’s one of the incredibly exclusive V6 Trophy cars. Built specifically for racing, these mid-engine hot hatchbacks are notoriously hard to handle and one is listed over on Bring A Trailer right now.

Imagine if Ford had taken the Fiesta, re-engineered it to accept a powerful V6 amidships, made it rear-wheel drive, and then sold it to the public as a race car. That’s not too far off from what Renault did with the Clio V6 Trophy.

Originally, the Clio was a practical FWD hatchback but over the years, Renault kept pushing the limits of what was possible until the V6 Trophy was born. Renault created 159 of these cars and they’re not just normal Clios with a graphics package. The V6 Trophy includes a much wider body, a full racing cage, OMP racing seats, Sparco six-point harnesses, plastic door panels, and crank windows. 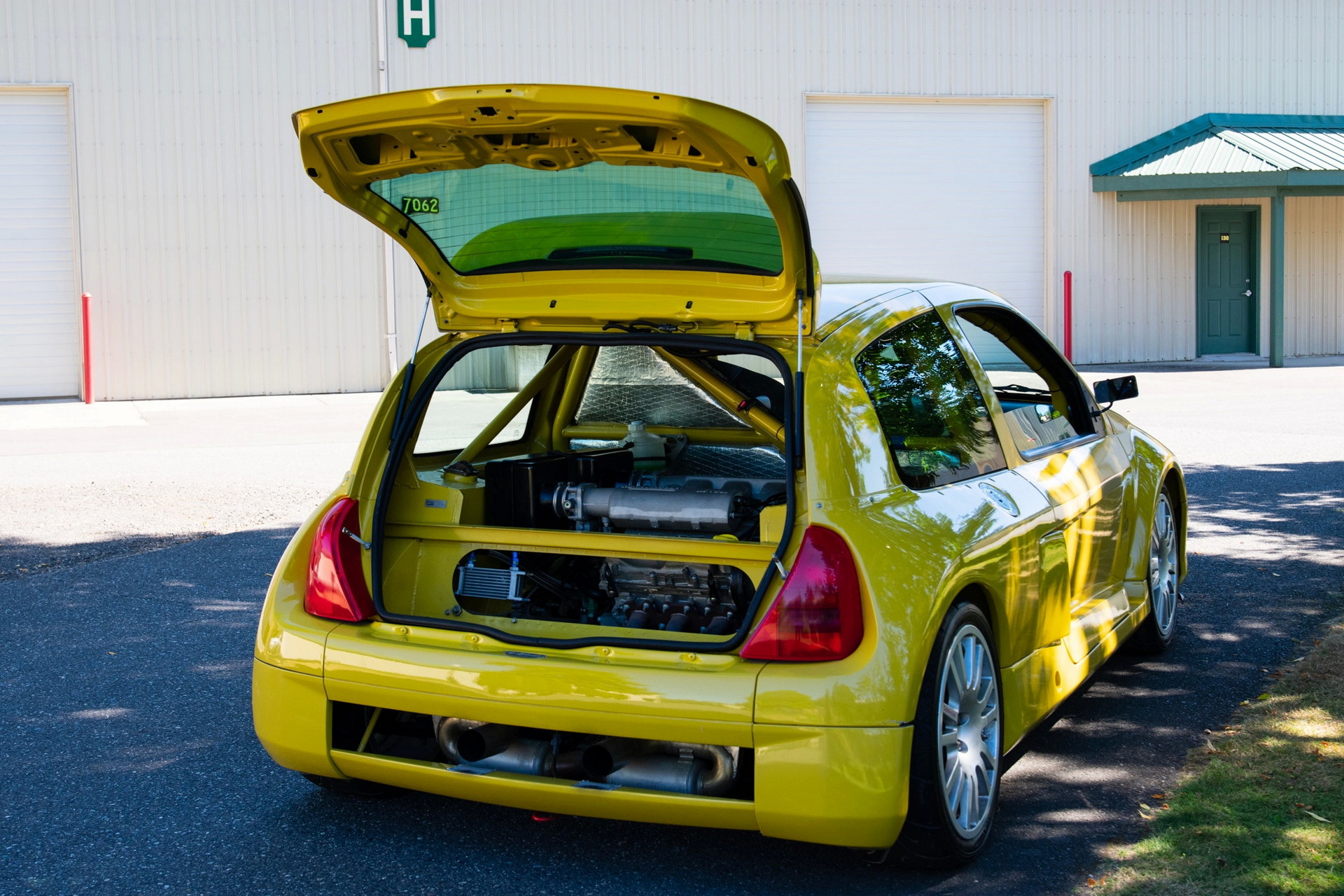 Like each of the 159 cars, this one, number 118, features a 281 hp V6 and a six-speed sequential transmission. Stopping power comes from Brembo brake calipers at each corner and the car is currently shod in Yokohama ADVAN tires. Considering that this is a real race car, mileage is unknown as it has no odometer.

Originally imported to the USA from Japan, this Clio V6 Trophy comes with a letter from the EPA itself noting that it has an official racing vehicle exclusion. Of course, that means that it can’t be registered for street use, including after it turns 25 years old in 2026.

The fact that there’s no way to make this street legal is a pretty big knock on this car. Nevertheless, the future owner will have a very rare, very raw, and very fun track car that’s already here in the States. That combination usually costs at least six figures and we highly doubt that this car will go for that much. Sure, this is still a track toy, but you don’t have to be a millionaire to afford it.