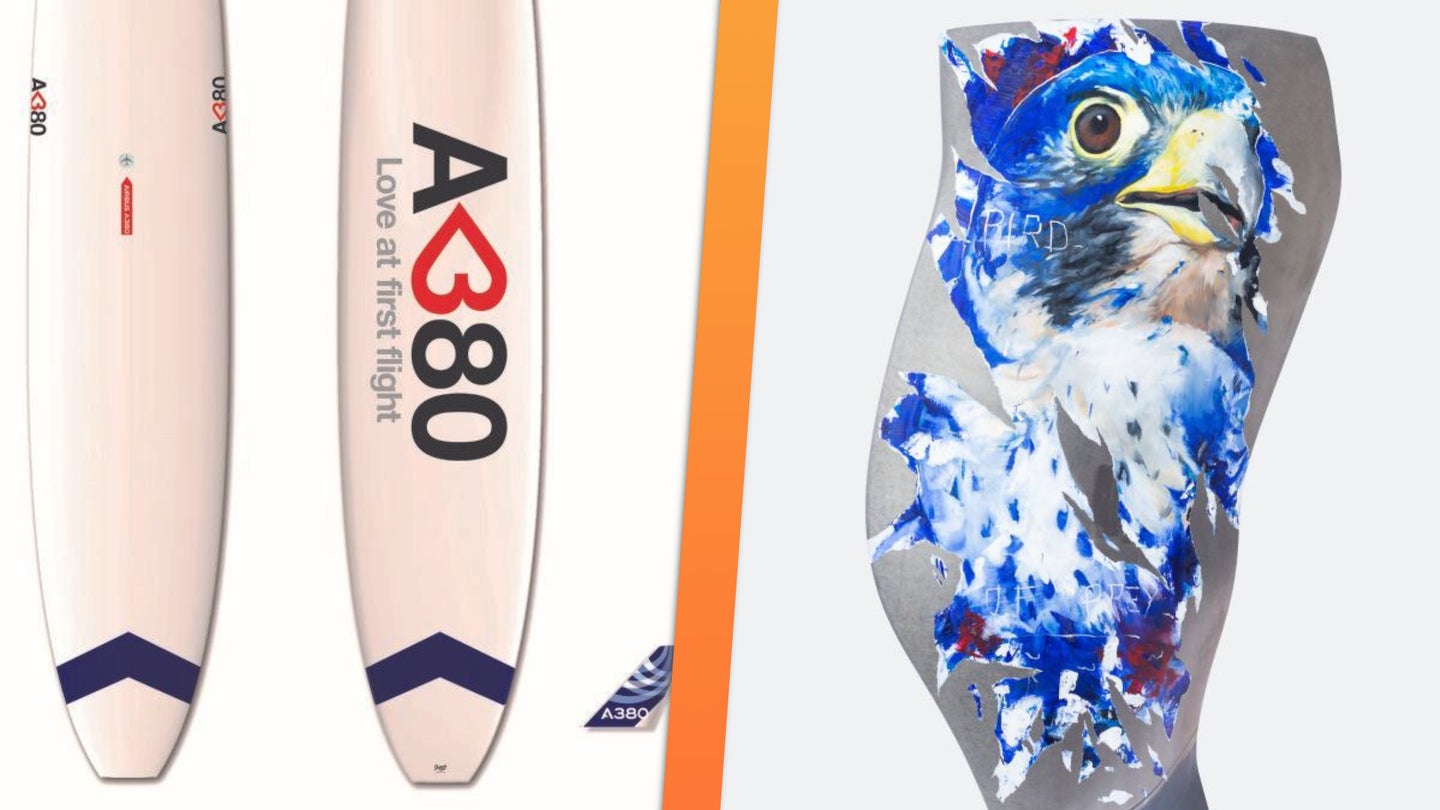 Airbus is auctioning off a broad range of surplus A380 parts and memorabilia to commemorate the grandest airliner that has ever flown.

Consisting of 380 lots representing everything from spare parts to unique collectors’ items made therefrom, much of the auction is made up of stuff you’d display on your wall—some as art, while some will only impress people that like planes. We’re talking stuff like an engine intake nacelle, rows of seats, and engine fan blades, many of them painted by street artists. The same treatment was given to numerous drinks trolleys, which I’d use to serve my friends cocktails if I had any. Instead, I’ll stand at the bar, pulled straight from the A380’s business class section, and polish glasses to Piano Man and Closing Time.

If decorating an entire lounge in the style of an aerospace anorak (not a jab—love ya) is beyond your budget, you can instead outfit your kitchen like an A380’s galley, which is probably bigger than my actual kitchen in the first place. You can snag ex-A380 appliances like an espresso machine, or a toaster, as well as a shiny little jug for water or milk.

Should your idea of a good time be something more pulse-pounding that making breakfast, the auction has recreational equipment too. There are a longboard, skateboard, and surfboard made from spare carbon fiber left over from production and a peculiarly shaped emergency axe that belongs in someone’s back-country kit rather than a glass case. Less for use and more for god-knows-what are an A380 joystick and possibly the most interesting historical artifact of the entire lot: The flight suit worn by the test pilot who brought the first A380 prototype airborne.

The auction will happen in three stages later this week, with the first set of lots going live Thursday. Registration beforehand is required. Prices are in Euros, which are still worth less than a dollar, so no need to worry about exchange rates. Just shipping and handling, especially if you buy that entire engine intake—I’d love to see that DHL invoice.

The post Here’s Your Chance To Own Real Airbus A380 Gear and Other Cool Memorabilia appeared first on The Drive.