Here’s Your First Look at the 2024 Chevy Blazer EV 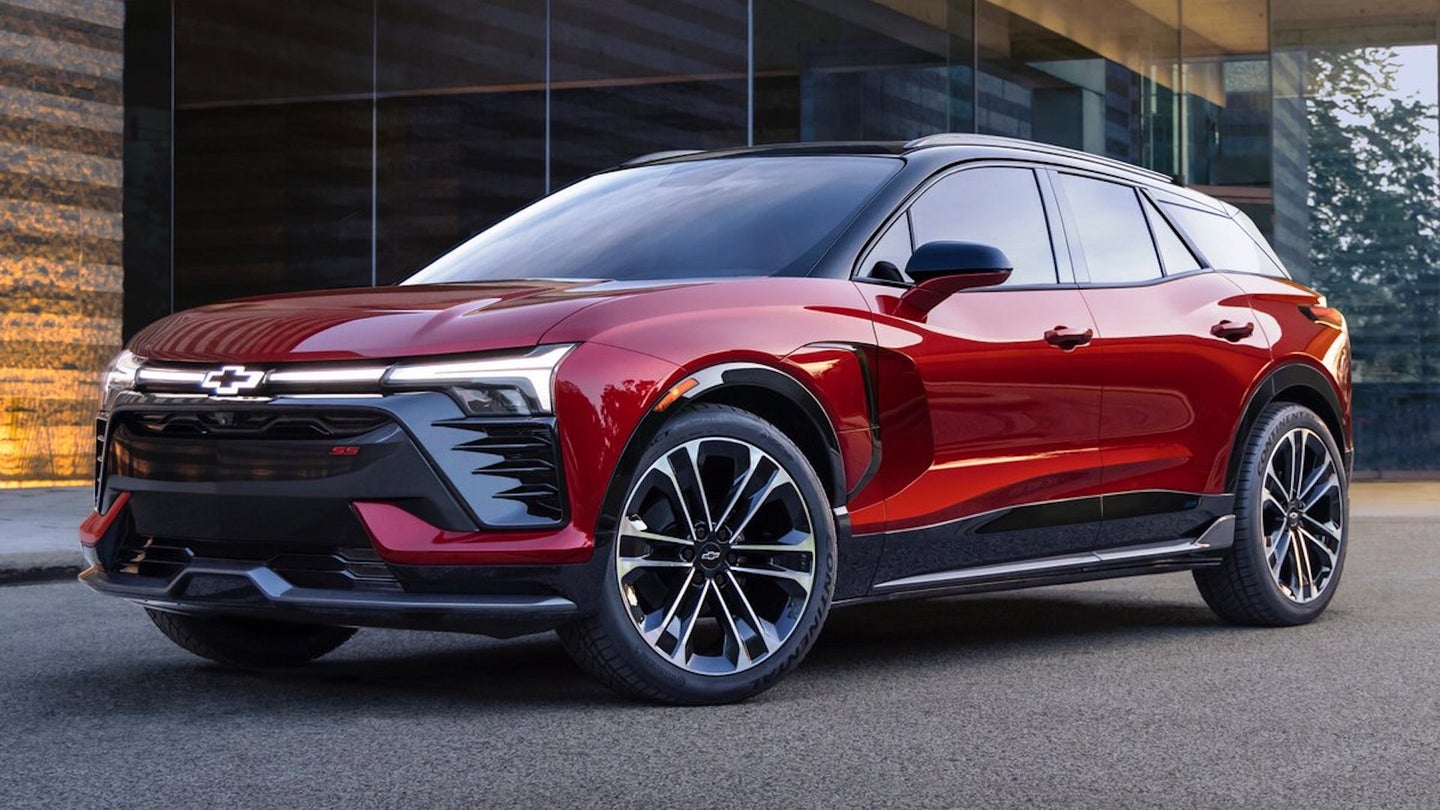 General Motors CEO Mary Barra has unexpectedly given us the first uncovered look at the upcoming Chevrolet Blazer EV via Twitter. Judging from reactions in The Drive‘s newsroom, we like what we see. The surprise photo drop more than a month before the car’s full, scheduled debut and depicts a fairly unique-looking Chevy crossover.

Finished in a nice, deep red, the Blazer EV—shown here in SS trim—is rocking a blacked-out greenhouse and a black lower section as a Ford Mustang Mach-E-esque way of making itself look slimmer. As for the actual design, it’s got a strong shape with a whole lotta swoops, some massive wheels, and a light-up Chevy bowtie up front. It doesn’t really look like any existing Chevy product and certainly not like the gas-powered Blazer. Not necessarily a bad thing considering the mixed reception that that crossover has had since it launched in 2019.

At the Silverado EV reveal back in January, GM announced that a Blazer EV would land in 2023 along with a $30,000 compact Equinox EV. Then in March, Chevy teased the SS variant you see here on social media. Not much is known about the upcoming EV other than the presumption that it will ride on a version of GM’s Ultium electric vehicle platform that underpins the already-revealed Silverado, GMC Hummer, and Cadillac Lyriq EVs.

Be sure to keep your eyes on The Drive come July 18 when the full Blazer EV deets go live. The car will go on sale next spring.

Got a tip or question for the author about the new Blazer EV? You can reach him here: [email protected]

The post Here’s Your First Look at the 2024 Chevy Blazer EV appeared first on The Drive.