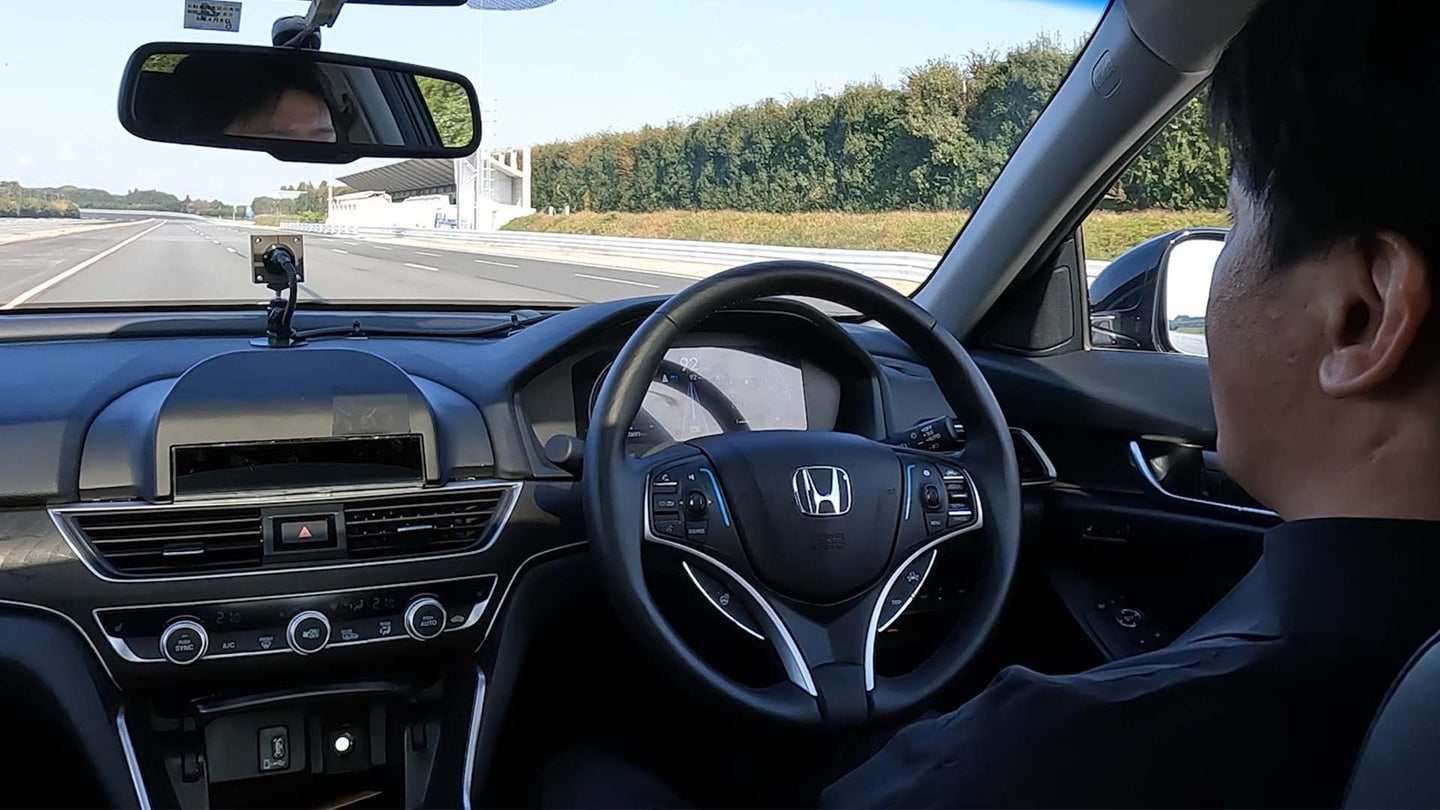 Honda’s most advanced automated driving assist technologies have been kept from the United States, but the automaker promises that will change, though not until later this decade. Honda Sensing 360, which is currently available exclusively in China, will make its way here by the “late 2020s” with even more capabilities than it currently offers thanks to a big incoming update. Most importantly, this means some Hondas will offer hands-free driving features on our roads this decade with the suite being standard on all new models come 2030.

At present, Honda Sensing 360 provides collision mitigation braking, front cross traffic warning, active lane change assist, and lane change collision mitigation. Honda calls it an “omnidirectional safety and driver-assist system” that’s meant to monitor the vehicle’s surroundings even better than a person can. Features like this have proven to be hugely effective in preventing crashes and reducing injuries in collisions, though the next batch of tech that’s coming to the system in 2024 kicks it up a notch.

That’s what will enable more Hondas in more markets to perform certain functions without physical driver inputs. When the update rolls out in the next two years, vehicles equipped with Honda Sensing 360 will be capable of advanced in-lane driving with no hands on the steering wheel. What’s more, they’ll be able to change lanes on their own, applying lessons learned from Honda’s Level 3 pilot program in Japan with the Legend Hybrid EX.

Other safety functions that have less to do with hands-free driving are coming as well, all in hopes of turning future Hondas into a protected environment for their occupants. This is proven by the likes of what Honda calls Exit Warning, which quickly scans the surroundings when someone begins to exit the vehicle. If it detects traffic approaching from the rear, it’ll audibly and visibly signal inside to ensure the driver and any potential passengers are aware.

There’s more, including an emergency support system that recognizes when the driver fails to acknowledge a handover request. Alarms and chimes get louder inside the car to get the driver’s attention, though if they still don’t accept the transfer of control, the Honda will smoothly decelerate in the same lane. It’ll also activate the horn as well as the hazard lights to warn others.

Honda isn’t making any promises on when a true Level 3 driving system will come to the U.S. There’s a lot more to it that enables hands-free operation in most regular driving scenarios. Even still, these capabilities are a leap in the right direction, and it’s better to wait for systems like these to be fully formed rather than rushing them to market for marketing’s sake.

The post Honda Hands-Free Driving Assists Are Still Years Away for US Drivers appeared first on The Drive.