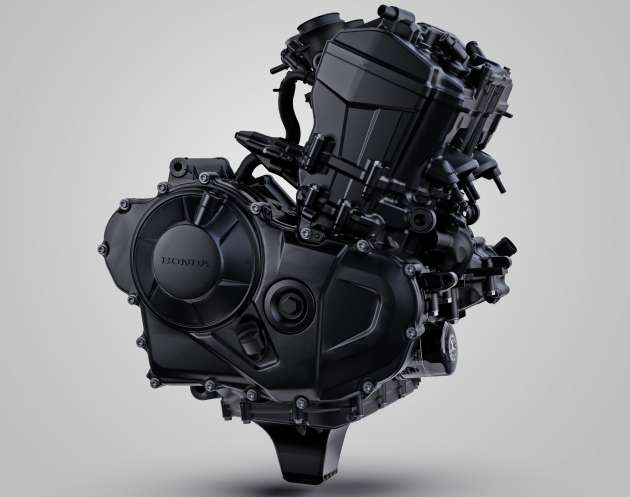 Some specifications and a photo from Honda showing the upcoming Honda Hornet’s parallel-twin engine. The new power plant is said to be installed in Honda’s Hornet motorcycle concept and will likely be unveiled in EICMA, Italy this November, according to sources.

There is currently a medium-displacement parallel-twin in Honda’s motorcycle engine lineup, the 745 cc unit used in the Forza and X-Adv scooters as well as a 500 cc mill in the CB500R and CB500X, and the Rebel 500. A parallel-twin is also found in the larger displacement CRF1100L Africa Twin, Rebel 1100, NT1100 and the Japan-market only Hawk 11. 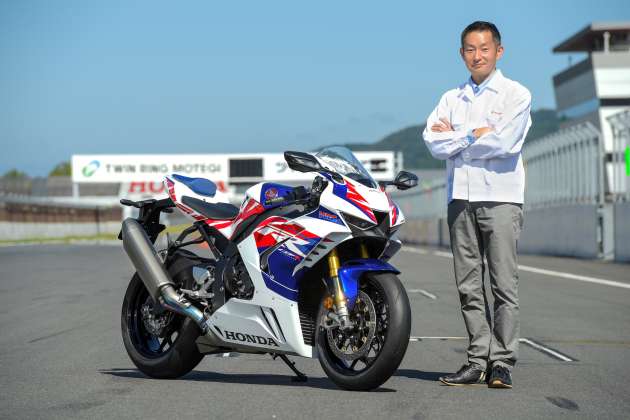 The new engine also comes with a 270 degree crankshaft, which, combined with a short piston stroke, gives an uneven firing order and power delivery similar to a V-twin. Honda says the engine has been developed to give full mid-range along with top-end punch.

According to Test Project Leader Fuyuki Hosokawa, who was also responsible for the Honda CBR1000RR-R superbike, the team aimed for performance and lightweight handling. “We had to develop an all-new short-stroke twin-cylinder engine, with a 270° crankshaft. This would not only deliver that top-end rush, but also the sporty low-down torque, ideal for riding in urban environments and powering out of corners on the open road,” said Hosokawa.