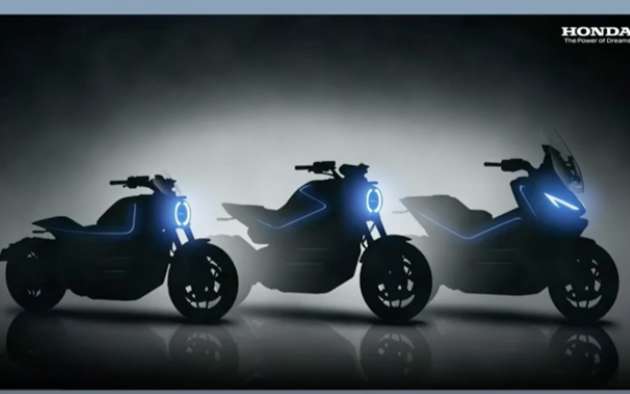 In a business briefing on its motorcycle operations, Honda has revealed it will be launching 10 or more new electric motorcycle models come 2025. Model offerings will be targetted to specific markets with a slide showing Chian, Asia, Europe and Japan receiving five offerings in the electric moped and electric bike categories between 2022 and 2024.

Of the 10 electric vehicle models, a majority can be seen to be scooters with floorboards but does not mean Honda will not be catering to other types of riders. In a new category, Honda will be producing a Fun EV for the Japanese, American and European markets, scheduled for between 2024 and 2025. 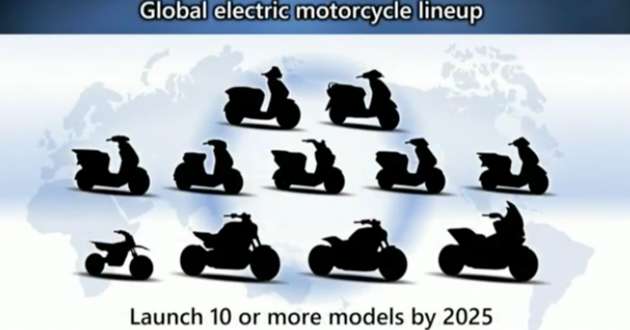 Going by the slide illustration, this will take the form of a motocross style bike for children, a naked sports bike, a cruiser motorcycle as well as an adventure-tourer. Honda is not new to the electric vehicle business and currently has three electric motorcycle models sold in China, as well as for commercial use in Vietnam, Thailand and Japan.

Aside from those, Honda also sells the Belly:e for the Thailand domestic market, since last September. For the models detailed in the presentation, Honda says it will produce the battery, power control unit and motor with efforts being made to design swappable battery packs for relevant models in accordance with a swapping standard from a consortium it is a member of.

Also in development is Honda RoadSync, its connectivity platform for these electric motorcycles. The application is capable of displaying distance travelled, charging stations and support services as well as offering interconnection to other such Honda vehicles on the road.

As for pricing for these new electric vehicles, Honda declined to offer any pricing information. However, it was revealed pricing will be different from its current internal combustion engined offerings but will still be in the affordable category.