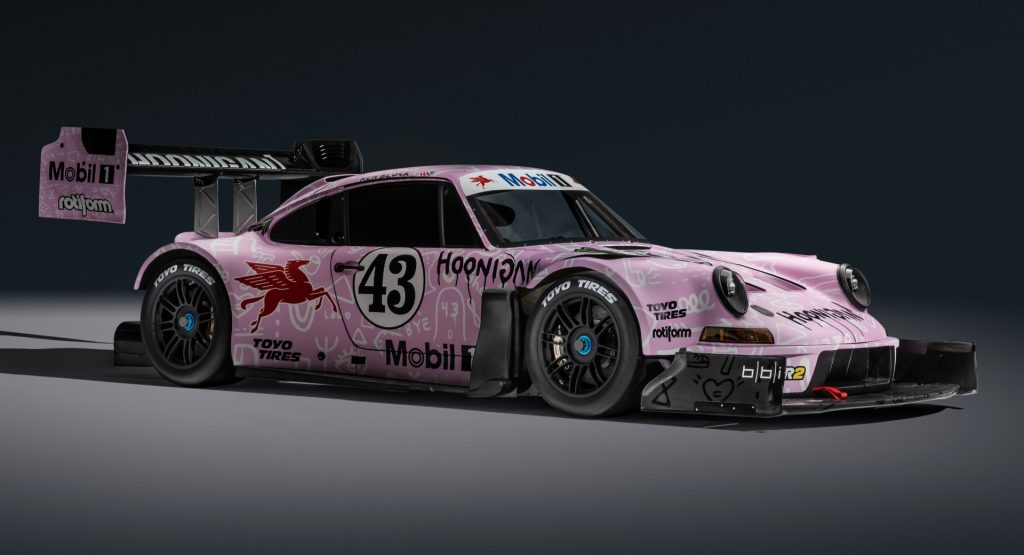 Racing driver Ken Block and the Hoonigan Racing Division unveiled their latest racecar built by BBi Autosport. The Hoonipigasus as they call it is loosely based on a vintage 911 but features a mid-mounted 1,400 hp engine, extreme aero and a special pink livery paying homage to Porsche’s racing past.

The racecar, competing in the PPO (Pikes Peak Open) class, is fitted with a twin-turbo 4.0-liter flat-six engine tuned to produce as much as 1,400 hp. More importantly, it has moved from the rear to a midship position, sending power to all four wheels through an AWD system. The overall weight is limited to just 1,000 kg (2,205 lbs), while the “Chorizo” transmission tunnel results in a lower center of gravity. As for the suspension, it is height-adjustable based on GPS data, using telemetry for the previous year’s race. 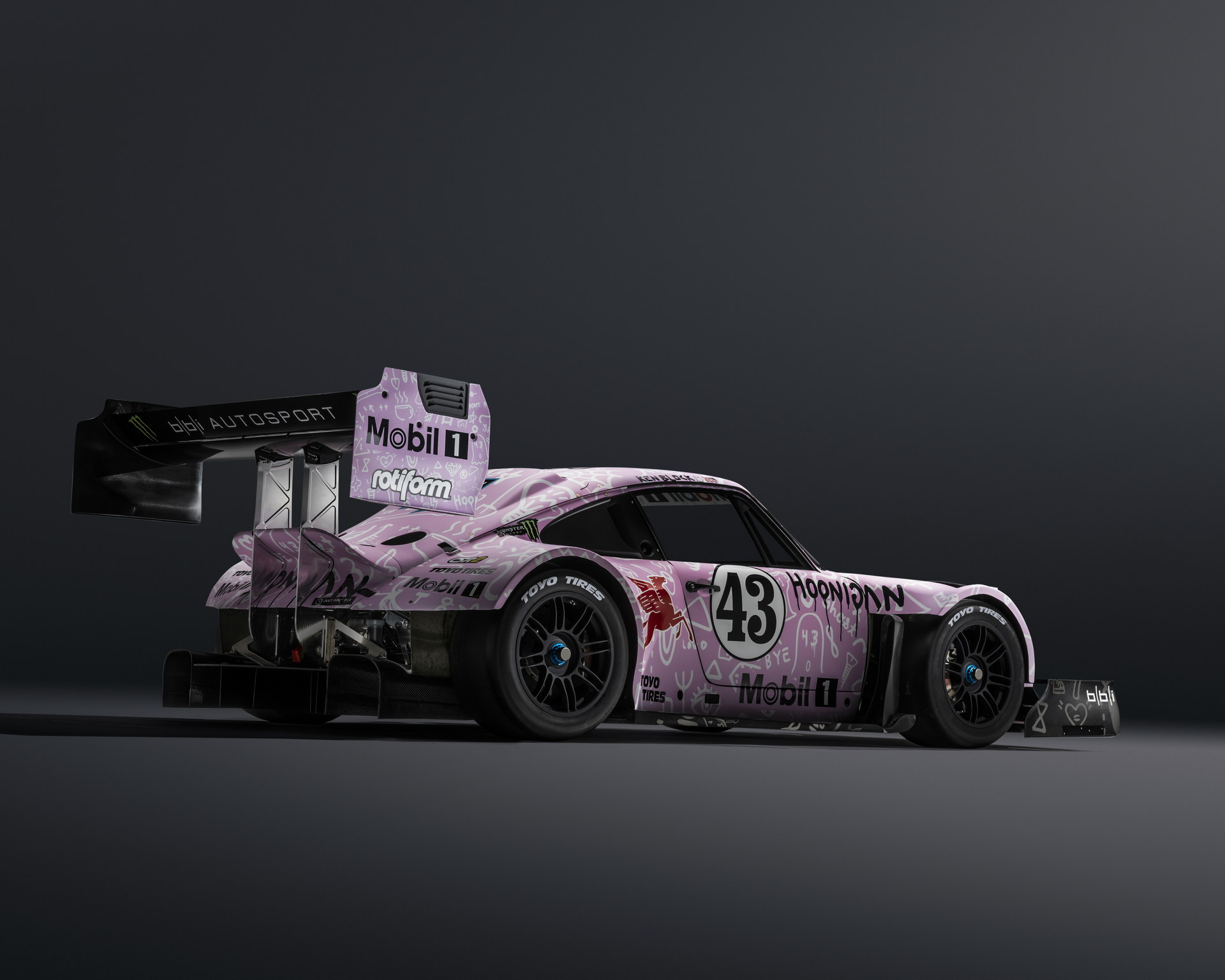 Visually, the 911 body has received major modifications to better suit its new role. The massive front splitter and humongous rear wing will produce all the downforce needed for the Pikes Peak race. They are combined with ultra-wide front and rear fenders, a cut-off rear end that looks like a Beetle, a roof-mounted air intake, an additional ducktail spoiler, plus a set of monoblock racing wheels shod in wide Toyo tires.

The livery was designed by Trouble Andrew, also known as Guccighost, a former Olympic snowboarder, musician, and street artist. His design is inspired by the iconic “Pink Pig” livery on the 1971 Porsche 917/20 Le Mans racer with white and black graphics on a pink shade, plus the red-painted Pegasus emblem of Mobil 1 which is the main sponsor. 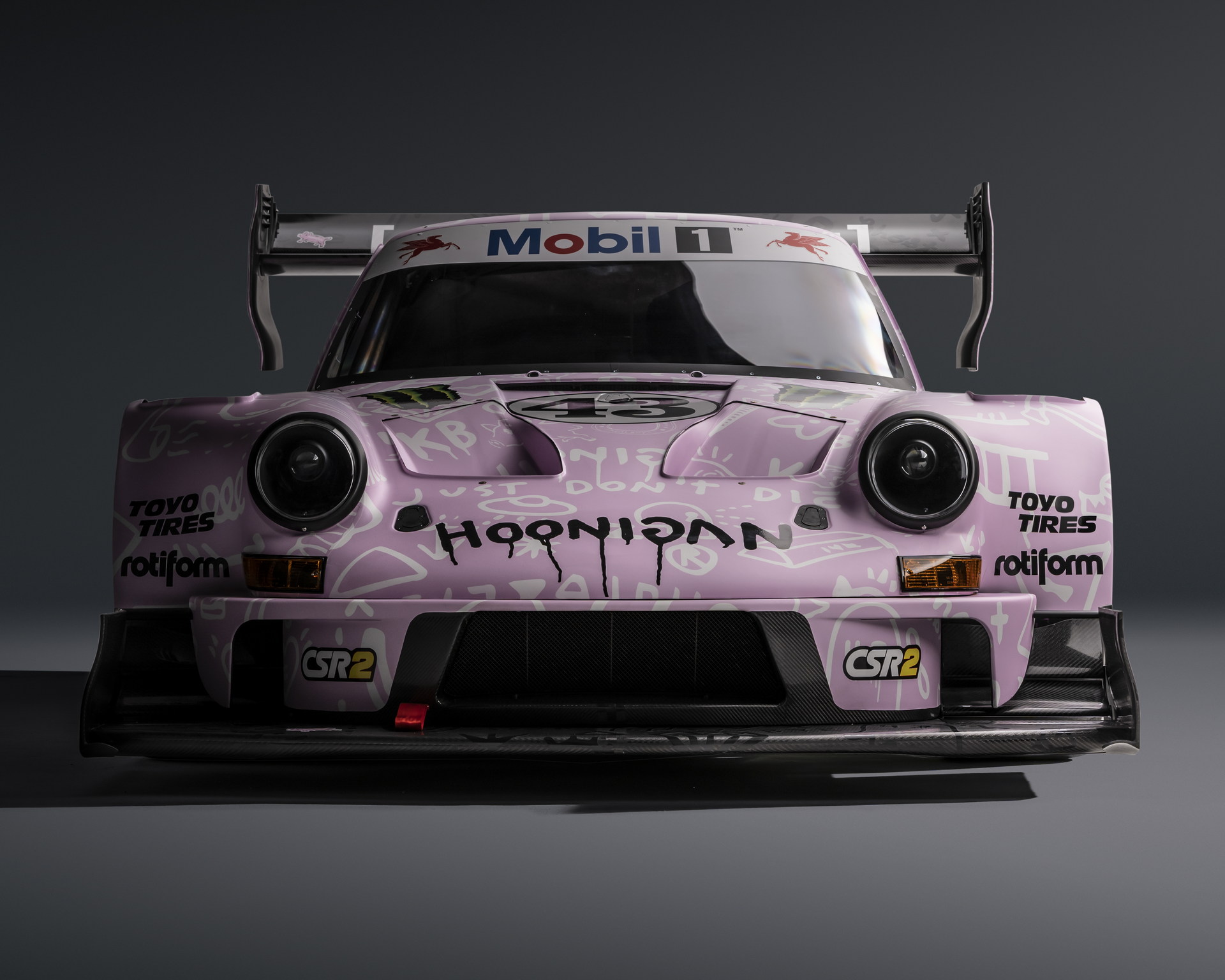 Ken Block said: “The Pikes Peak Hill Climb is one of the big reasons as to why I’m a rally driver. The list of drivers who have raced and won this hill climb includes many of my heroes: Walter Rohrl, Ari Vatanen, Michelle Mouton, Sebastien Loeb and Rod Millen to name a few. I’ve always wanted the chance to race Pikes Peak at the top level and compete for an overall win”. Note that this won’t be Block’s first run at the Pikes Peak, since during his racing debut year in 2005 he raced a lower-spec Group N rally car, while in 2017 he shot the “Climbkhana: Pikes Peak” film. BBi Autosport has eight podiums and five class wins in the race.

The Hoonipigasus will make its racing debut at the Pikes Peak International Hill Climb which is scheduled for June 26, 2022 for its 100th year. The goal is for Ken Block to finish first overall behind the wheel of what is described as the “nastiest 911”.