How Much Faster Will F1 Tires Make A Toyota MR2 Go On A Race Track? 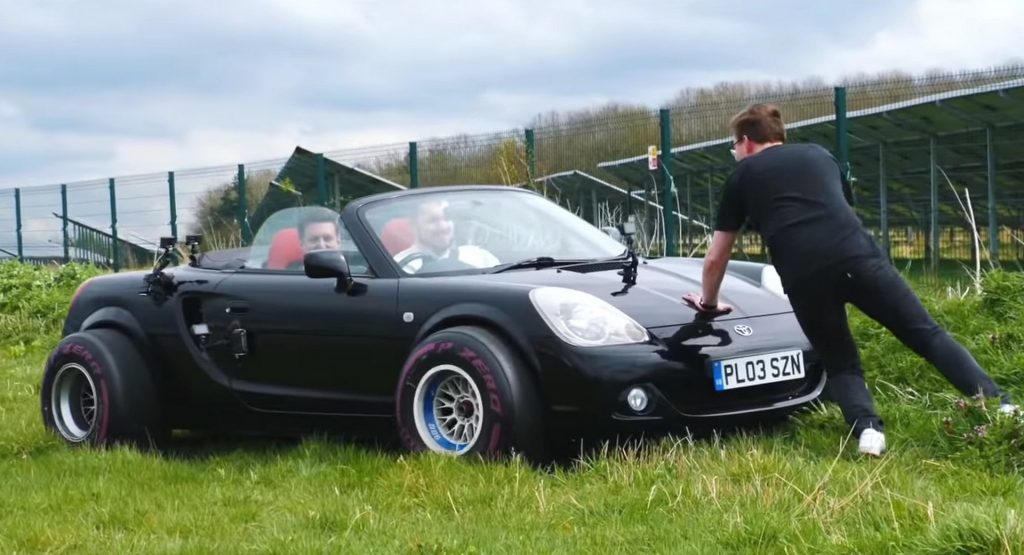 A few weeks ago, the DrivenMedia YouTube channel put Formula 1 tires on a Caterham and drove around town to see what would happen. Now, they’re really putting the tires to the test to see if they make a difference on the track.

Those who watched the last video will no doubt remember that the tires, though impressive, didn’t actually make the Caterham 270R any grippier. But Pirelli didn’t design its F1 tires for normal roads, they designed them for the racetracks of the world. Can they actually make a difference to the way that a normal car works there?

To find out, the channel bought a third-generation Toyota MR2. Although you might think DrivenMedia chose the car because it’s an attainable way to get a mid-engine vehicle, just like an F1 car, it was actually the only rear-wheel-drive car they could find whose brakes were small enough to allow the wheels to fit.

Read Also: How Formula 1 Tires Have Evolved To Become Faster And Faster, Until They Became Slower

Before making any modifications, the team set a lap in the vehicle with its regular tires still affixed as a benchmark. With them, the Toyota managed a time of 1:38.3. They then sent it out with its new wealth of rubber.

Just as with the Caterham, though, the tires proved to be worse than useless when cold and the driver loops it almost immediately. While trying to save the spin, another of the tire’s foibles (at least when it comes to road car usability) is exposed. Far too large for the wheel wells even after the Sawzall was taken to it, the wheels get stuck at full lock, requiring some even further jerry-rigging.

Fortunately for viewers interested in science, the DrivenMedia team did do it correctly and, along with their tires, bought a set of tire warmers in order to get the tires up to something approaching a usable temperature. With that sorted can the tires make an improvement to the MR2? Watch and find out.