How Much Time Is A Coilover Set Worth For A Second-Gen Impreza WRX Wagon? 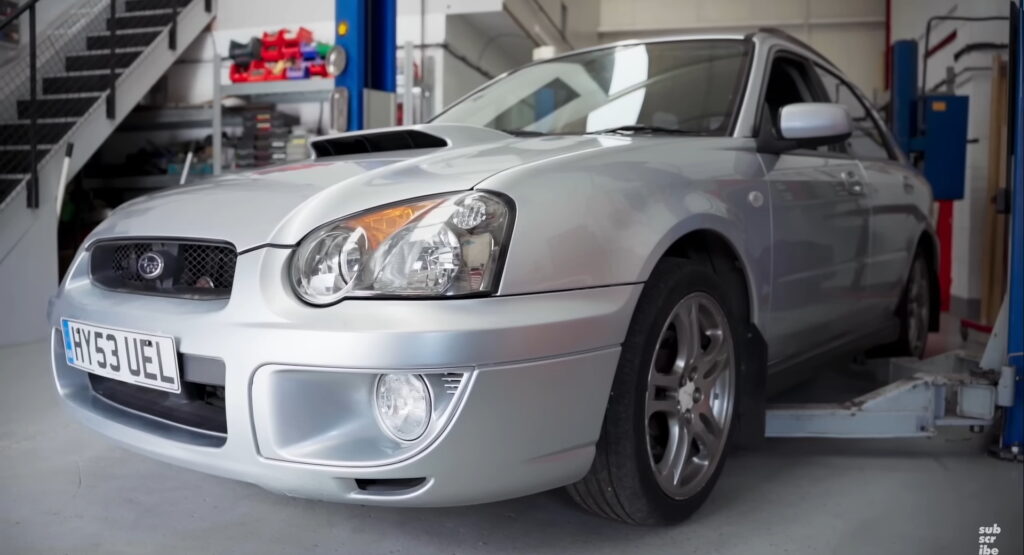 The dream of every enthusiast with a modest budget and a will to wrench is to transform a relatively normal, affordable car into a supercar killer. And the first way most people add performance to their cars is with a modified suspension.

The coilover kit is often the first volley of the enthusiast, and many a Subaru fan will have doubtless shopped around for the parts. Driven Media now wants to see how much the modification is worth on the racetrack.

The team has decided to go for a middle-of-the-road coilover set and fit it to its “blob eye” Subaru Impreza WRX wagon. Although not the fanciest kit available to it, the coilovers are height adjustable and come with adjustable dampers, in order to give the team added control over the suspension setup and, theoretically, the ability to hone in on a faster lap time.

Read Also: Can A Professional Race Car Driver Slow Down Faster Than ABS?

Regardless of how good or bad the coilovers are on the parts market, they are certainly better than the suspension pieces that are coming off the car. Caked in rust and allowing the right-rear wheel to bounce judderingly through the corners, the team figures the new suspension setup can’t help but be a huge improvement (spoilers below).

And, indeed, through the slalom, the kit does make a massive difference. In their first test (with the old busted suspension) the wagon was wallowing wildly. With the new parts, the car immediately looked much more stable and planted. 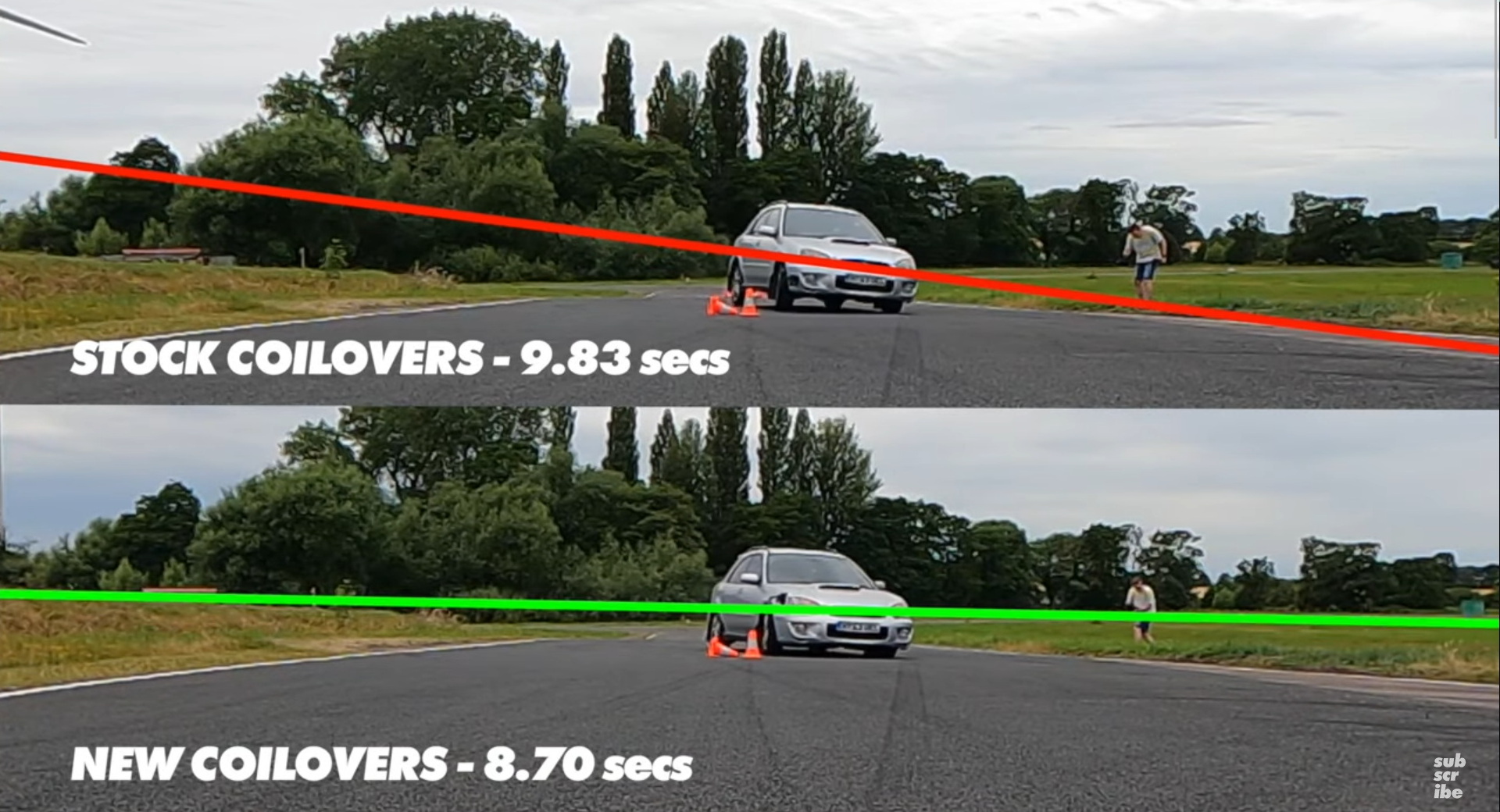 Better still, with just a bit of adjustment from a couple of amateurs, they are able to improve the car again. Ultimately, the coilovers save the team 1.13 seconds through the slalom, about which the team is enormously pleased.

Unfortunately, when it comes to setting a lap time, the improvements aren’t quite as impressive. Although the Subaru is faster after its modifications, it’s only 0.8 seconds faster through the lap than it was stock.

Despite that, the driver reports that the car inspires much more confidence through the lap and that, with better tires and a perfected setup, there’s still plenty of time that can be saved, which the team will try to do in the coming episodes of this multipart series.