How the McMurtry Electric Fan Car Clocked a 7.9-Second Quarter-Mile 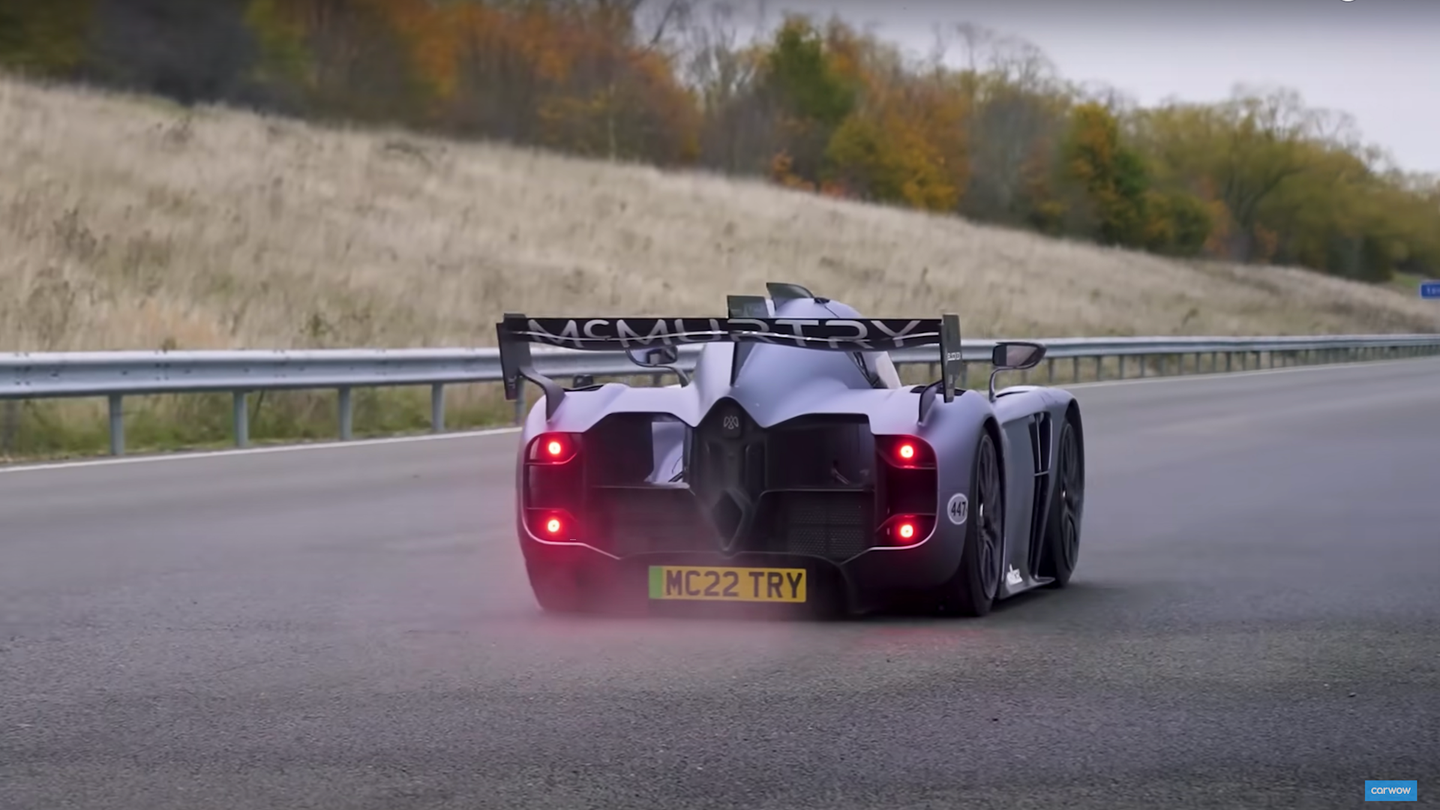 Earlier this year we brought you the news of an obscure car breaking the Goodwood Hill Climb record, stealing the crown from the certifiably crazy VW ID.R by nearly a full second. Dubbed the McMurtry Speirling, the electric fan car is the lovechild of the extremely intelligent folks at McMurtry Automotive, who recently let Mat Watson from CarWow find out just how capable their (literally) little EV really is.

Even by current standards where multi-million-dollar EVs boast outrageous specs, the McMurtry Speirling’s dossier is impressive. It weighs less than one ton and boasts two electric motors that produce up to 1,000 hp. According to Chief Engineer Kevin Ukoko-Rongione, that’s more than one horsepower per kilo, helping the Speirling deliver not equal, but better cornering grip than even a Formula 1 car. How? It’s all thanks to the dual fans located near the rear axle.

Two fans that can spin up to 23,000 rpm suck the car to the ground and generate two tons of downforce. The key detail here is that those fans always generate said downforce—not just when the car is rocketing down a track. Even when the Speirling is standing still or backing up into a parking spot, it can generate two tons of downforce should the fan speed be at its highest setting. In the case of a spin that takes the car off the track, it admittedly wouldn’t travel very far given that the fans would still provide adherence—given that it doesn’t flip, of course.

As for CarWow’s video, it’s an interesting and entertaining way of seeing the Speirling’s wild performance. Following an introduction to the car, Watson attempts the first of several runs on a damp track. The performance is still impressive despite the track and weather conditions. With the drivetrain’s settings adjusted to produce about 600 horsepower, Watson is able to rocket to 60 mph in just 2.27 seconds and continue to 150 mph. Max Chilton, the brand’s test driver, claims the speed limiter was set for the Goodwood Hill Climb spec, which the car is still set to.

After getting that practice run out of the way, McMurtry set the car to its full performance setting, meaning the fans were spinning to 23,000 rpm and the motors were producing 1,000 hp. Watson was able to do a zero to 60 time of 2.09 seconds and the quarter-mile in 8.64, but he wasn’t done.

The crew decided to travel to Silverstone for a more proper run, where the manufacturer hired a jet truck to dry the back straight at the famed F1 circuit. There, and after doing a burnout to warm up the tires—the Speirling is rear-wheel drive—Watson achieved a stupefying 1.4-second run from zero to 60 mph and completed the quarter-mile in just 7.97 seconds. For comparison, a McLaren P1 could do the quarter-mile in 9.8 seconds, while a Bugatti Chiron takes 9.4 seconds.

Enjoy the video. It’s a good one.

The post How the McMurtry Electric Fan Car Clocked a 7.9-Second Quarter-Mile appeared first on The Drive.