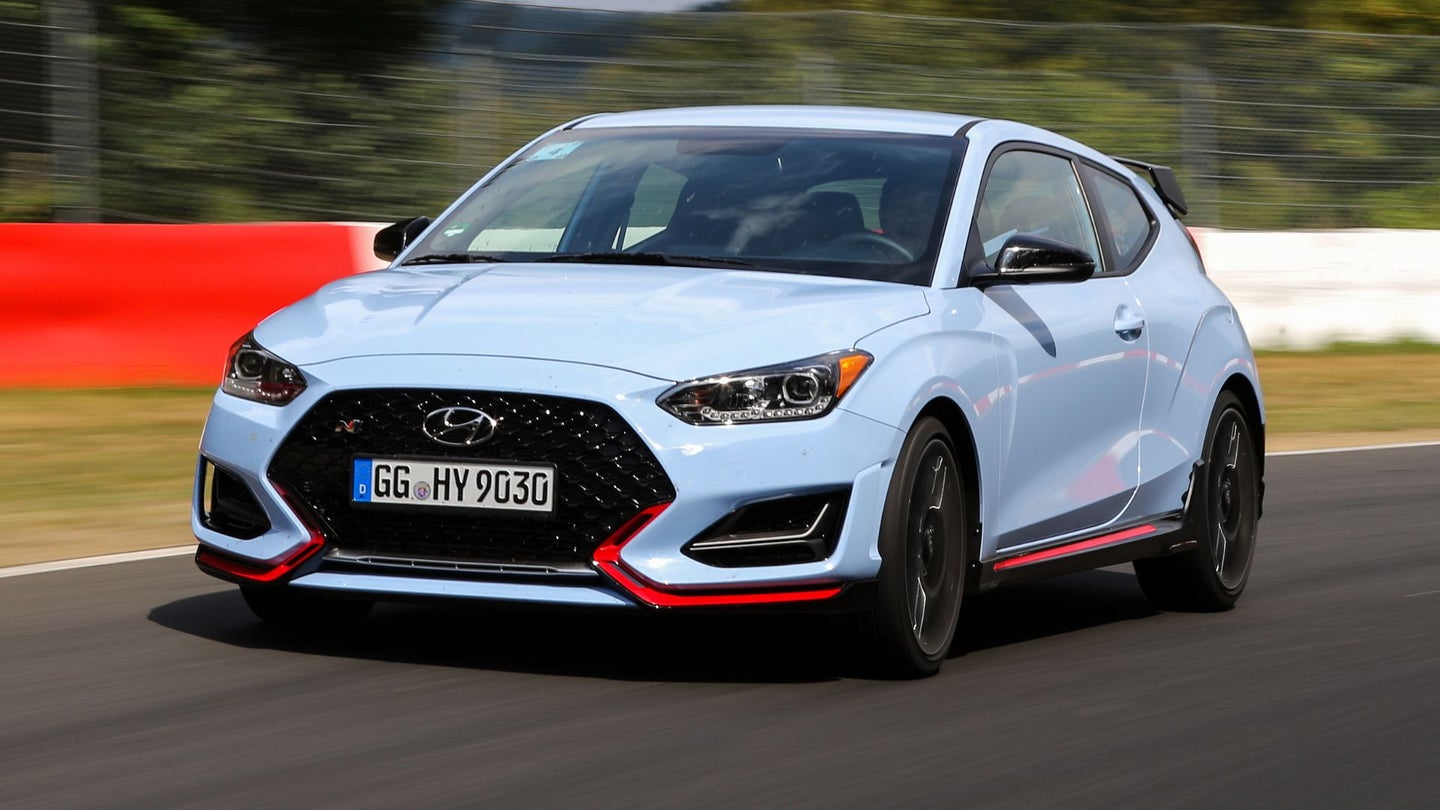 There aren’t many hot hatches left in the North American market. Unfortunately, industry sources say another one is about the bite the dust: the Hyundai Veloster is apparently going out of production next month.

Brought to our attention by Motor1 via an exclusive report from Korean publication Hankyung.com, the Veloster model is going to be retired as of July. After 11 years on the market, the Veloster is kaput, erasing even the N version that has been holding on by a thread here in the U.S. Presumably, the Korean automaker will focus on its Elantra N, the upcoming Kona refresh (which also has a zippy new N model) and the all-electric Ioniq 5.

This outcome may have been inevitable, as Veloster sales have been declining rapidly over the last few years; only 86 of the models sold in the U.S. this January, compared to 855 in 2019, 665 in 2020, and 193 in January 2021. In Europe, hatchbacks are typically in high demand historically, but less so in Korea and in the U.S. markets.

The good news is that both the Elantra N and the Kona N are great fun, more practically designed, and are within a few thousand dollars of the Veloster N MSRP. During a test day near Atlanta a couple of months ago, I found the Elantra N to be stellar and supremely planted on the big track and the Kona N superior on the shorter autocross course. Both are smoother and more comfortable than the Veloster, even if the hatchback has more personality.

“With the discontinuation of both the hatchback models Veloster and Ioniq, it has also been reaffirmed that ‘the [Korean] market is also the tomb of the hatchback,’” said Hankyung reporter Han Shin Park.

That sounds like dark poetry for such a fun, quirky, asymmetrically-doored car. Farewell, Veloster.

The post Hyundai Will End Veloster Production in July: Report appeared first on The Drive.