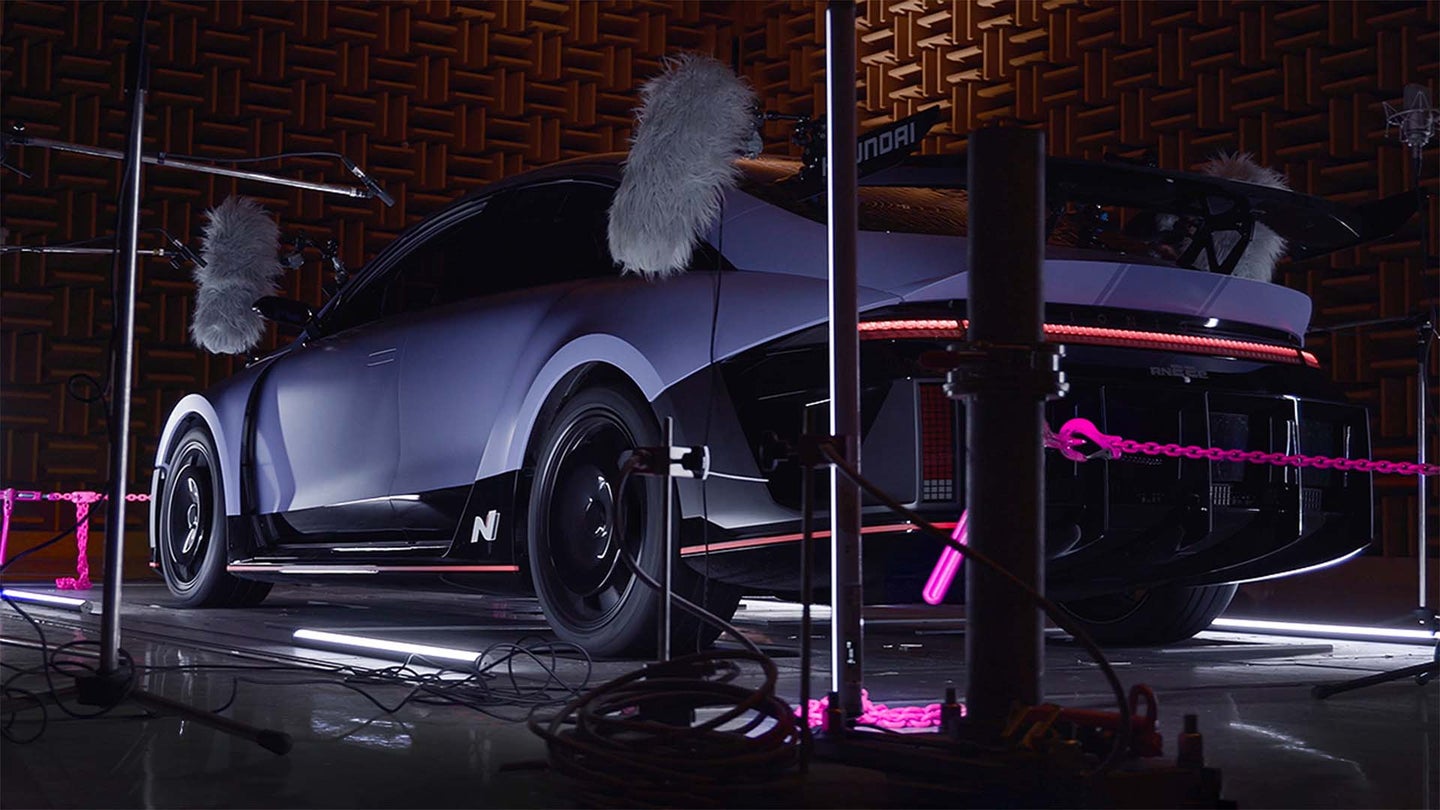 Electric cars aren’t all that exciting when they aren’t melting your face off with two-second sprints to 60 miles per hour. Many perform similarly to normal ICE cars that shift, rev, and backfire. There’s absolutely something lacking from the experience for enthusiasts, and many electric car makers don’t address this at all. Some add a simulated engine noise, though Hyundai has different, more elaborate plans.

The automaker presented test footage of the performance “N” version of its new Ioniq 6 sedan with an electric exhaust note on the inside and outside of the car. It also showed the car, referred to as the RN22E, on a chassis dyno shifting with paddles, just like many of the dual-clutch transmission-equipped performance cars it builds today. The dual-motor EV does not have a physical transmission like a gasoline-powered car, though. Instead, it uses software to simulate the sensation of changing gears. The part we’re looking for happens at about 5:10 in the clip below.

In comments obtained by Car Expert, it’s clear that this feature will be available in the upcoming Ioniq 5 N crossover, although it can be turned off easily. Pulling back on both paddles makes the car perform like a regular electric vehicle in situations like slow-moving traffic where changing gears constantly can get a little cumbersome. As far as the exhaust noise goes, it can be changed to pretty much anything. Hyundai says it will even let drivers design their own sounds.

Is all of this enough to get drivers excited about EVs? There’s a growing list of automakers that definitely think so. Dodge’s new electric muscle car will have an exhaust note and gears like the Hyundai, although it’s currently unclear whether they’re simulated or physical. Lexus is also testing something similar in its new EVs. Most also have simulated exhaust notes—even the mightily fast Hummer EV makes noises to add a little bit of theater.

Whether it’s a quirk of early electric vehicles or something that’s here to stay is yet to be seen. So far, the only EV with a physical transmission is the Porsche Taycan. Its two-speed automatic is only meant to keep the motor in an efficient operating range, but we could see more like it down the road.