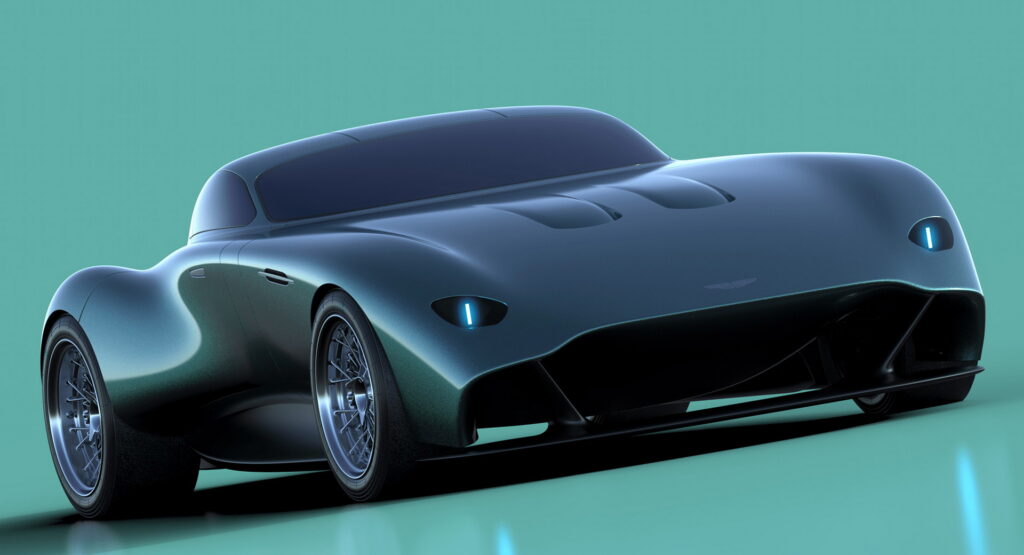 This is an independent design study by Andries van Overbeeke that is neither related to nor endorsed by Aston Martin.

Aston Martin has always been famous for their luxurious yet sporty GT cars, and the company always manages to improve that formula with each era of their vehicles. Digital artist Andries van Overbeeke has decide to take on that challenge himself by envisioning an Aston coupe that blends past and present into a vehicle of the future.

In keeping with Aston Martin’s “V” naming scheme (Vantage, Vanquish, Valkyrie, Valhalla, etc.), the car is called Vyrinys, which is the Lithuanian word for “human”. The name was chosen as “a hommage to sculptors throughout history, and the human element in their craft of shaping surfaces by hand.” 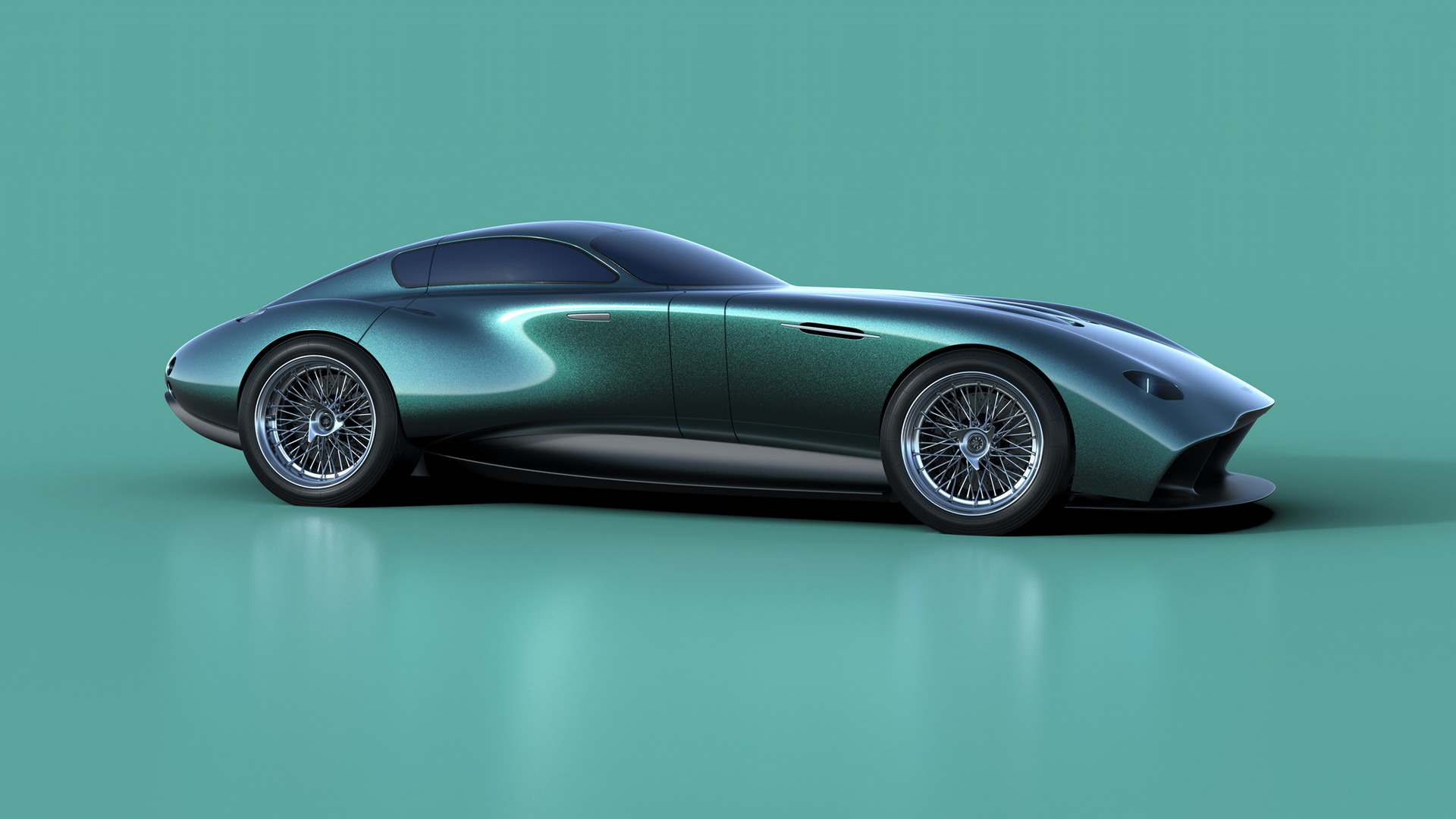 The minimalist design of the car is inspired heavily by two defining cars for Aston Martin: the DB4 GT Zagato of old, and the Valkyrie of the present day, both of which served as the ultimate representation of the British automaker’s capabilities at the time. Similar to what Aston themselves did with the Victor by combining elements of the old V8 Vantage and the modern Vulcan, van Overbeeke did with Vyrinys by combining the DB4 GT Zagato and the Valkyrie.

The overall sculpted shape of the Vyrinys is borrowed from the DB4, along with the fender vents and wire wheels, but the dramatic proportions are much more reminiscent of a modern vehicle with an extremely long hood, high beltline, and massively flared fenders. From the Valkyrie, there’s the small amorphous headlights, as well as the quintessential Aston Martin grille formed by the negative space of the bumper’s edge. We wouldn’t normally expect the hard lines of the front end to work so well with the otherwise rounded shape of the body, but somehow van Overbeeke managed to pull it off.

Out back, the design is more of a blend of the two cars than the front, which is more like a juxtaposition of new and old. It keeps the very round theme of the overall car, with only a single crease included to help define the bumper. Additionally, a touch of modernity is added to the old-school circular taillights that are complemented with an LED light strip connecting them visually. Rounding off the design is a Valkyrie-esque diffuser that manages to blend in nicely with the rest of the rear end.