IndyCar Is Pulling Out of iRacing and Everyone Is Pissed Off 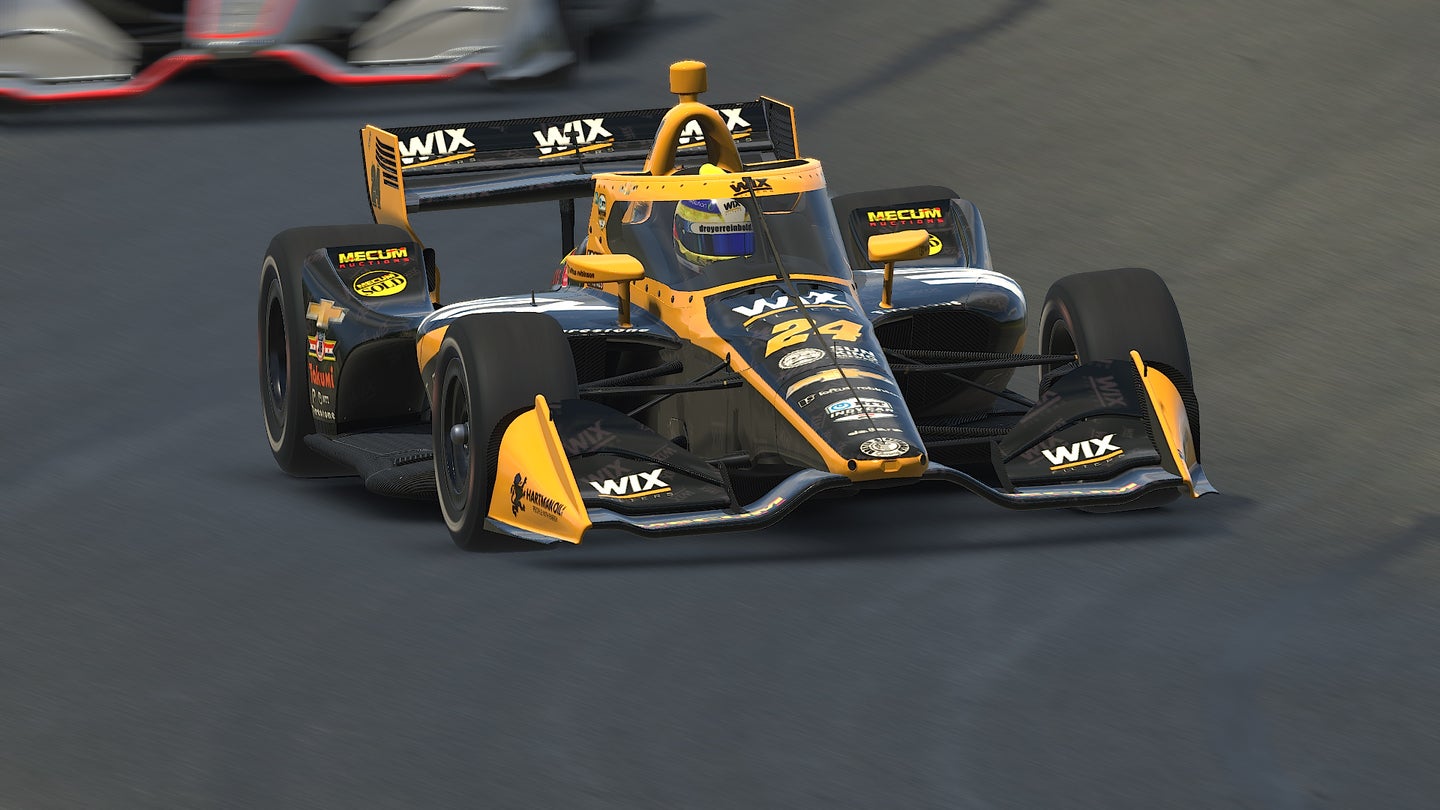 At the end of 2022, iRacing‘s license for IndyCar content will expire. When it does, much of iRacing’s official support for Indy sim racing won’t just be terminated; some of it will be banned outright. As you can imagine, this hasn’t gone down well with the sim racing or IndyCar communities and has even drawn criticism from retired NASCAR star Dale Earnhardt Jr.

The changes to iRacing’s license agreement with IndyCar were detailed in a forum post by Greg West, the game’s associate producer. West explained that iRacing’s current agreement is set to expire on Dec. 31 and IndyCar will instead enter an exclusive deal with Motorsport Games the following day. Motorsport Games is best known for its racing video games rFactor 2 and NASCAR Heat, which it plans to supplement in 2023 with an IndyCar title. As a result, iRacing will cease much of its support for IndyCar-related content.

West stated that iRacing will remove the IndyCar logo from its websites and terminate its official IndyCar branded series. That also means no more iRacing Indy 500, reportedly been the biggest event in sim racing for years now. According to Racer, iRacing’s open-wheel league schedule has been altered to remove tracks where IndyCar races, instead substituting circuits where the cars don’t race in real life.

On top of that, streamers have reportedly been informed that they are forbidden from broadcasting races featuring modern IndyCars—that’d be the Dallara IR-05, DW12, and IR18. The cars themselves will remain in the game and continue to receive technical support. Another iRacing developer told The Drive that there are no plans to remove cars or tracks from the game entirely, though any potential restrictions on their use together have not been finalized.

The news has been met with unanimous criticism from the sim racing and IndyCar communities. Many report taking an interest in IndyCar from iRacing, or vice versa. Even retired NASCAR driver Dale Earnhardt Jr. decried IndyCar’s withdrawal, calling it “a gut punch for that community.”

IndyCar’s abandonment of an established entryway comes at an inopportune time, as the series has finally seen a long-needed influx of young new fans in 2022. Forbes reports that the first three televised IndyCar races of the season brought in the series’ highest viewership in 19 years and that its streaming audience had an average age in the 30s. That stands in stark contrast with the majority of IndyCar fans, which Racer reports are much older: 68.3% of IndyCar’s TV audience is 55 or older. A whole 43.6% are 65-plus, which puts the series at risk of losing most of its fanbase over the next few decades.

IndyCar’s future depends on attracting young fans, and severing ties with one of the biggest racing esports communities doesn’t serve that end. It’s possible that IndyCar hopes to attract new fans through more approachable racing games; many sim cockpits often cost thousands of dollars, whereas only a controller is needed to competitively play the branded games of competing open-wheel series Formula 1. Copying F1 isn’t always a good idea, and IndyCar shouldn’t forget that it already does some things better than F1—and that it shouldn’t snub the people that already understand that.

The post IndyCar Is Pulling Out of iRacing and Everyone Is Pissed Off appeared first on The Drive.