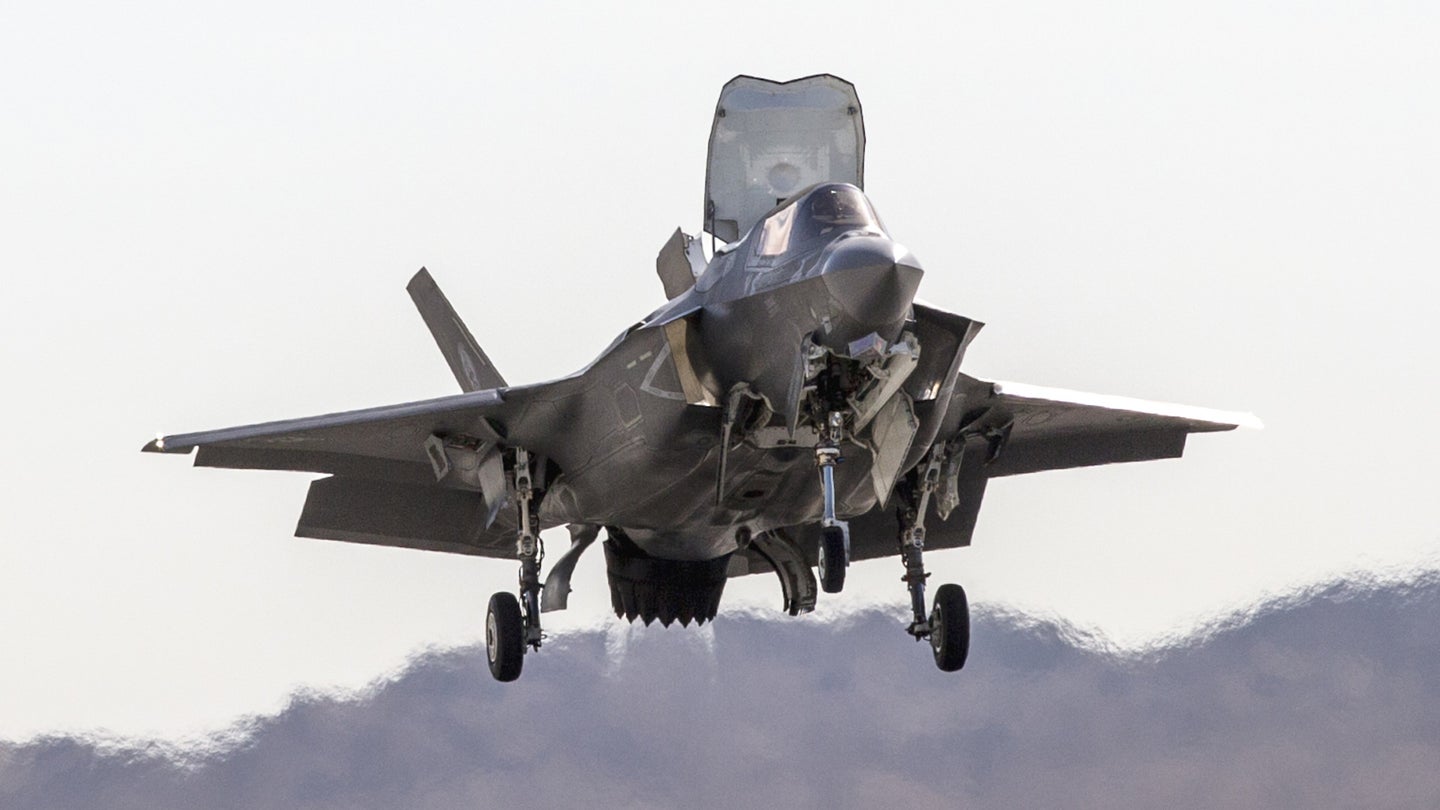 Details are still coming in, but a Lockheed Martin-owned F-35B Joint Strike Fighter has ended up nose-down off the side of the runway at Naval Air Station Joint Reserve Base Fort Worth in Texas after a mishap earlier today. Local first responders say the aircraft’s pilot ejected safely during the incident, which comes on the anniversary of the F-35’s first flight in 2006.

While the exact circumstances of the mishap remain unclear, video has emerged, seen below, showing the F-35B in hover when it begins to drop vertically. After initially touching down, the jet then bounces back up into the air, and then comes down again nose first hitting the runway hard. The nose gear is seen breaking off entirely before the aircraft spins onto the grass, at which point the pilot ejects. It is worth pointing out that this was a demonstration of the so-called “zero-zero” capabilities of the jet’s Martin-Baker US16E ejection seat, with it safely functioning with aircraft on the ground and essentially stopped.

“We are aware of the F-35B crash on the shared runway at Naval Air Station Joint Reserve Base in Fort Worth and understand that the pilot ejected successfully,” according to a statement that Lockheed Martin gave to The War Zone. “Safety is our priority, and we will follow appropriate investigation protocol.”

When contacted for additional details, a public affairs officer at Naval Air Station Joint Reserve Base Fort Worth also directed us to contact the company.

“According to Cook, a Lockheed-owned jet suffered some sort of malfunction that forced the pilot to eject the aircraft,” NBC DFW reported. “Cook said the pilot safely ejected but had no other information about the pilot’s condition.”

At a routine press conference today, Pentagon Press Secretary Air Force Brig. Gen. Pat Ryder further confirmed the crash and that the pilot had ejected safely. He added that a U.S. government pilot was at the controls at the time and that the F-35B in question was to be delivered to the U.S. government, but did not say specifically who the final intended customer might be.

While there is no indication that the two incidents are in any way related, this does follow an incident two weeks ago involving a U.S. Marine Corps F-35B, which suffered a nose gear collapse after making an emergency landing at Kadena Air Base on the Japanese island of Okinawa.

We will continue to update this story as more information becomes available.

The post Intense Video Emerges Of Today’s F-35B Crash At Fort Worth appeared first on The Drive.