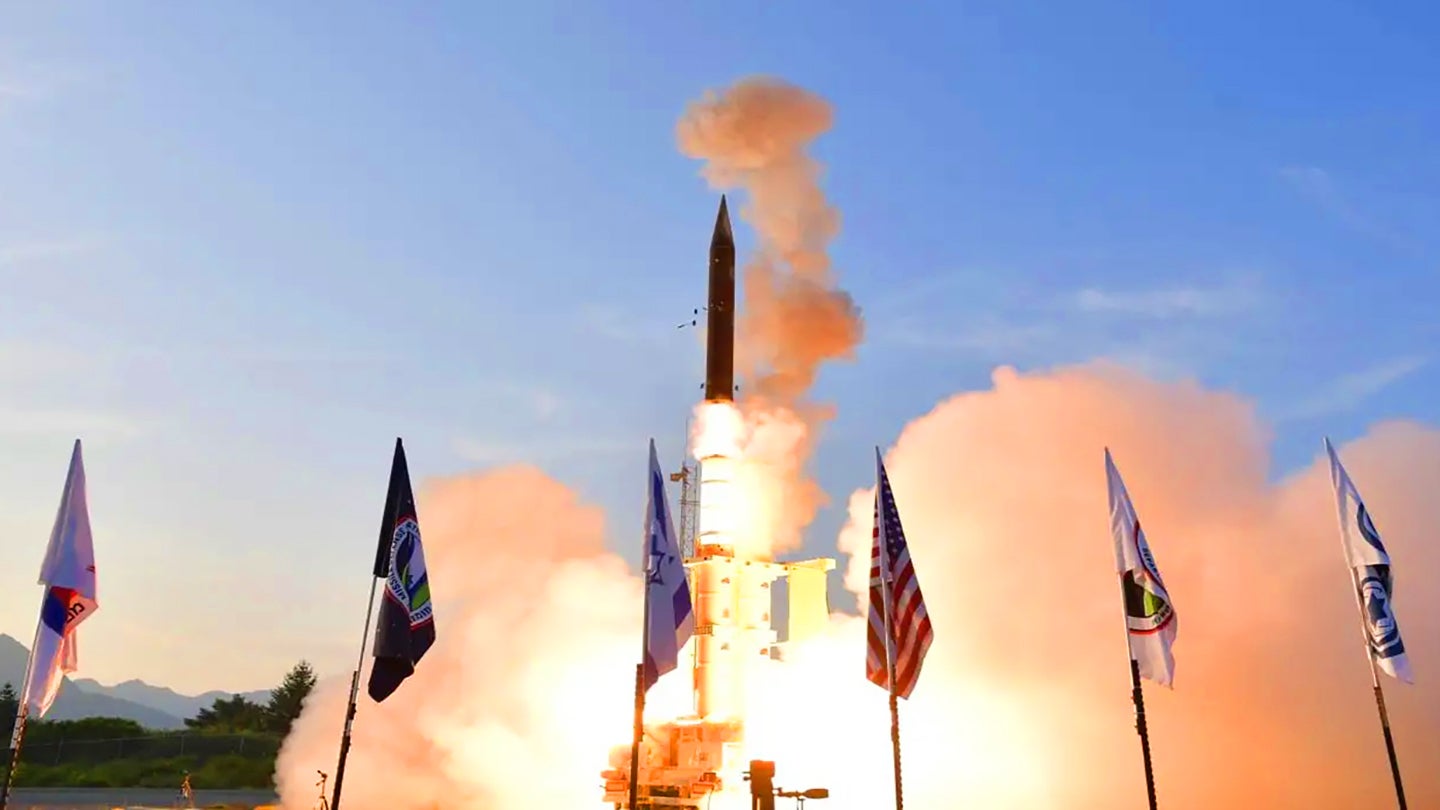 The effort, spearheaded by Germany, is designed to create a European air and missile defense system “through the common acquisition of air defense equipment and missiles by European nations,” NATO announced Thursday.

“With this initiative, we are living up to our joint responsibility for security in Europe – by bundling our resources,” German Defense Minister Christine Lambrecht said during a ceremony at NATO’s Brussels headquarters where 14 countries signed a letter of intent, according to Reuters.

The initiative will allow all participating nations to jointly develop an air defense system using interoperable, off-the-shelf solutions, according to a NATO media release. “This multinational and multifaceted approach offers a flexible and scalable way for nations to strengthen their deterrence and defense in an efficient and cost-effective way,” NATO said.

ESSI “aims to enable European allies to procure these much-needed capabilities better and faster, and to optimize their costs,” said NATO Deputy Secretary General Mircea Geoană during a press briefing after the signing ceremony​. “It should also bring synergy among the allies with similar requirements, covering the full spectrum of the air and missile defense needs. It should promote interoperability and integration with each other and with NATO’s integrated air and missile defense.”

ESSI is “an important effort to generate more resources and to ensure that the needed capabilities are procured and deployed quickly. I very much welcome Germany’s willingness to lead in the area of integrated air and missile defense.”

Being supported by 15 European nations “is also a tangible expression of fairer burden sharing,” he said. “The strengthening of NATO’s Air and Missile Defense will increase the security of all allies, and of our alliance as a whole.”

The goal is to “work jointly making maximum use of the existing NATO structures, mechanisms and processes to ensure that the alliance as a whole has the necessary sensors, interceptors and command and control – in essence fully interoperable and seamlessly integrated within the NATO missile defense, which significantly enhanced our ability to defend the Alliance from all missile threats.”

Lambrecht said countries were seeking to quickly move on the first deals.

“We will work speedily on the first joint projects, the joint purchase of Patriot units is one of them as well as of the modern system IRIS-T,” she told reporters. Earlier this week, Ukraine received the first of four IRIS-T SLM systems promised by Germany.

Beyond providing a longer-range capability against traditional ‘air breathing’ threats such as fixed-wing aircraft, helicopters, and even drones, Patriots could provide countries taking part in the initiative with the robust ability to protect key areas from ballistic missile assaults. Patriot, especially in its latter iterations, we designed to do this, especially against shorter-range ballistic missiles. While no air or missile defense system is anywhere near perfect, it could greatly reduce the damage Russia’s missiles can do. The Patriot system has been absolutely critical in lessening the effectiveness of constant missile barrages by Houthi rebels in Yemen on key targets in Saudi Arabia, for instance.

IAI, together with Boeing, has been developing Arrow 3 since 2008 with considerable financial and other support from the U.S. government. That support has also extended to ongoing development and test work, including live-fire trials in Alaska. The Arrow 3 entered operational service with Israeli in January 2017 and the system shot down an errant Syrian surface-to-air missile some three months later.

The primary intended targets of the Arrow 3 are all kinds of ballistic missiles, including the most destructive intercontinental ballistic missiles, or ICBMs, flying at very high altitudes and at extremely high speeds. Targeting ballistic missiles outside of the atmosphere provides an additional degree of safety, especially when it comes to weapons that may well be carrying nuclear warheads, or even biological or chemical payloads.

In Israeli service, the Arrow 3 primary role is providing a defense against ballistic missile threats emanating from Iran. The overall system also includes Elta’s L-band Green Pine family of active electronically scanned array (AESA) radars used for target acquisition. While unclear if Green Pine would be part of a proposed German Arrow 3 deal, the system can also be used in conjunction with other sensor systems, like the U.S. AN/TPY-2 missile defense radar and even space-based early warning satellites as part of a wider missile defense network.

Lambrecht, saying she wants to procure the Arrow 3 system for higher-layer air defense, urged a speedy development of the ESSI.

“We need to fill these gaps quickly, we are living in threatening, dangerous times,” Lambrecht said, according to Reuters.

“No decision has been taken yet but I think it (Arrow 3) would be the right system,…that it would be a very good system for the challenge in Europe,” she noted.

You can read much more about Germany’s interest in the Arrow 3 in our coverage here.

It is unclear at the moment whether Israel will sell air defense systems to the ESSI, which consists of Belgium, Bulgaria, Czechia, Estonia, Finland, Germany, Hungary, Latvia, Lithuania, the Netherlands, Norway, Slovakia, Slovenia, Romania and the United Kingdom, but we don’t see any major reasons why it wouldn’t. We reached out to the Israeli Ministry of Defense for comment and will update this story if we get a response.

The ESSI announcement comes as more Ukrainian cities were hit by Russian strikes Thursday, the latest in a series of barrages that began Monday in response to Saturday’s attack on the Kerch Bridge. More than 20 people have been killed and more than 100 injured in those attacks, Ukrainian officials say.

“This commitment is even more crucial today, as we witness the ruthless and indiscriminate missile attacks by Russia in Ukraine, killing civilians and destroying critical infrastructure. In this context, I strongly welcome Germany’s leadership in launching the European Sky Shield Initiative,” Geoană said.

Simial multinational cooperation on air defense, which has taken other forms over the decades, is currently trending, even in the tumultuous Middle East.

“The new assets, fully interoperable and seamlessly integrated within the NATO air and missile defense, would significantly enhance our ability to defend the Alliance from all air and missile threats.” Geoană said.

It is unclear right now how quickly the ESSI will make its first purchases or how it would fit into the mutual protection terms outlined in Article 5 of the NATO charter, especially since Finland hasn’t even been approved for membership yet.

We will watch these important developments closely.