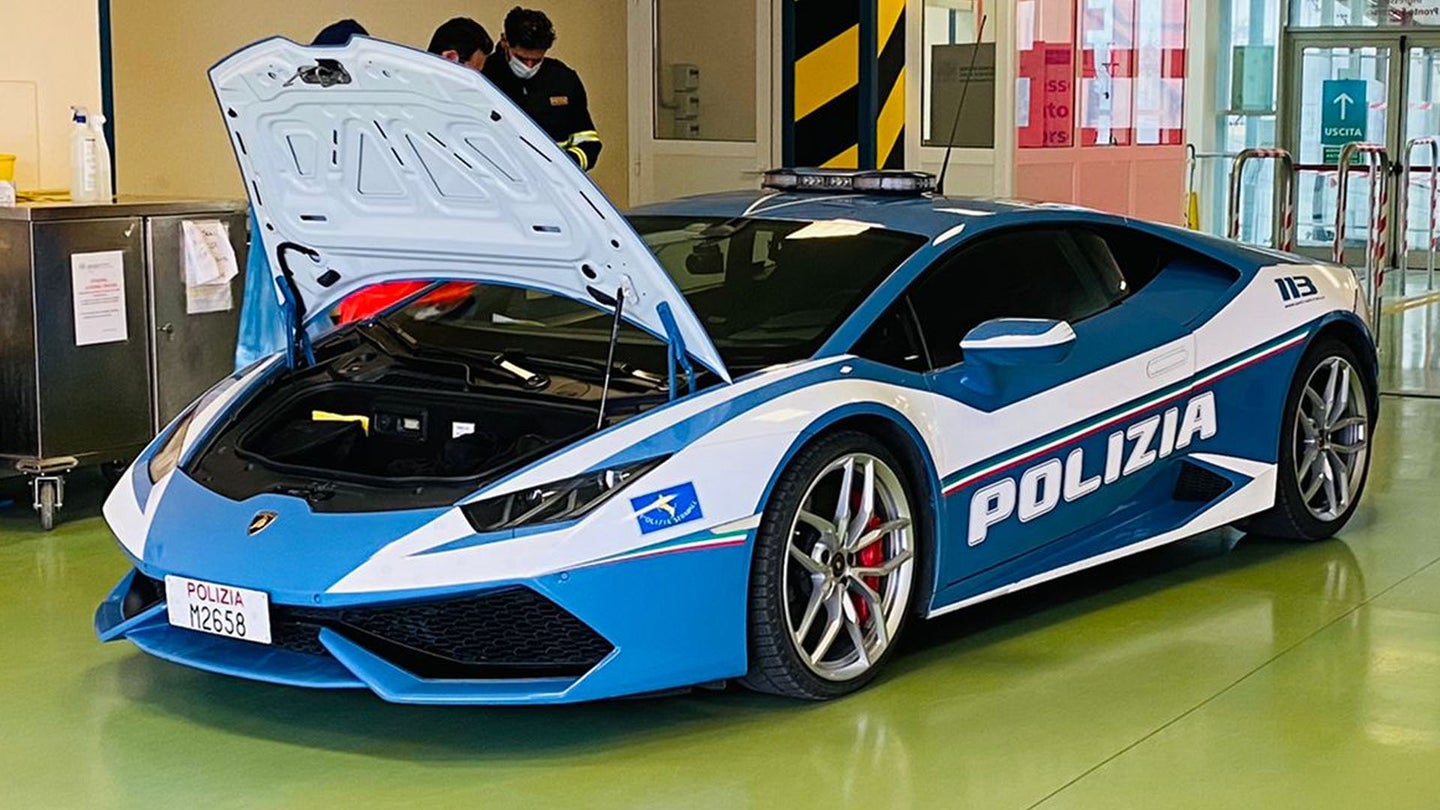 The Italian federal police have a few Lamborghini Huracans they use as regular patrol vehicles and to transport organs. We’ve actually written about them before. Just recently, the cops took it on another spin to deliver two kidneys to Rome and Modena. Lucky for us, whenever they use it, they’re sure to take pictures.

In a post on social media, the car was seen in several pictures delivering the donated organs to the hospitals in the aforementioned cities. The Lamborghini is painted in a custom livery for the task, and it has refrigerated frunk as well as other law enforcement-related modifications to get the job done. In late 2020, one of the Huracans delivered a kidney over 300 miles in just two hours. That’s an average speed of 145 mph.

No journey time was specified this time, but the deliveries are usually done in a hurry. The cars are ideal for situations where airborne vehicles can’t be used to transport the organs due to weather or cost. Operating a Lamborghini is actually far cheaper than operating a helicopter, believe it or not. Especially rotorcraft powered by gas turbine engines, which most hospitals depend on.

The car was obtained directly from Lamborghini back in 2017. It’s specifically a Huracan LP 610-4, meaning it has all-wheel drive and a 610-horsepower naturally aspirated V10. More than enough to carry some kidneys around.

The last time this car was taken out, the Italian police even posted a video of the car speeding to the hospital down Italian roads. In fact, that’s what I’ll leave you with. Inspiring music, loud V10 exhaust, and a Lamborghini being put to a good purpose.

The post Italian Police Used Their Lamborghini Huracan to Quickly Deliver a Kidney Again appeared first on The Drive.