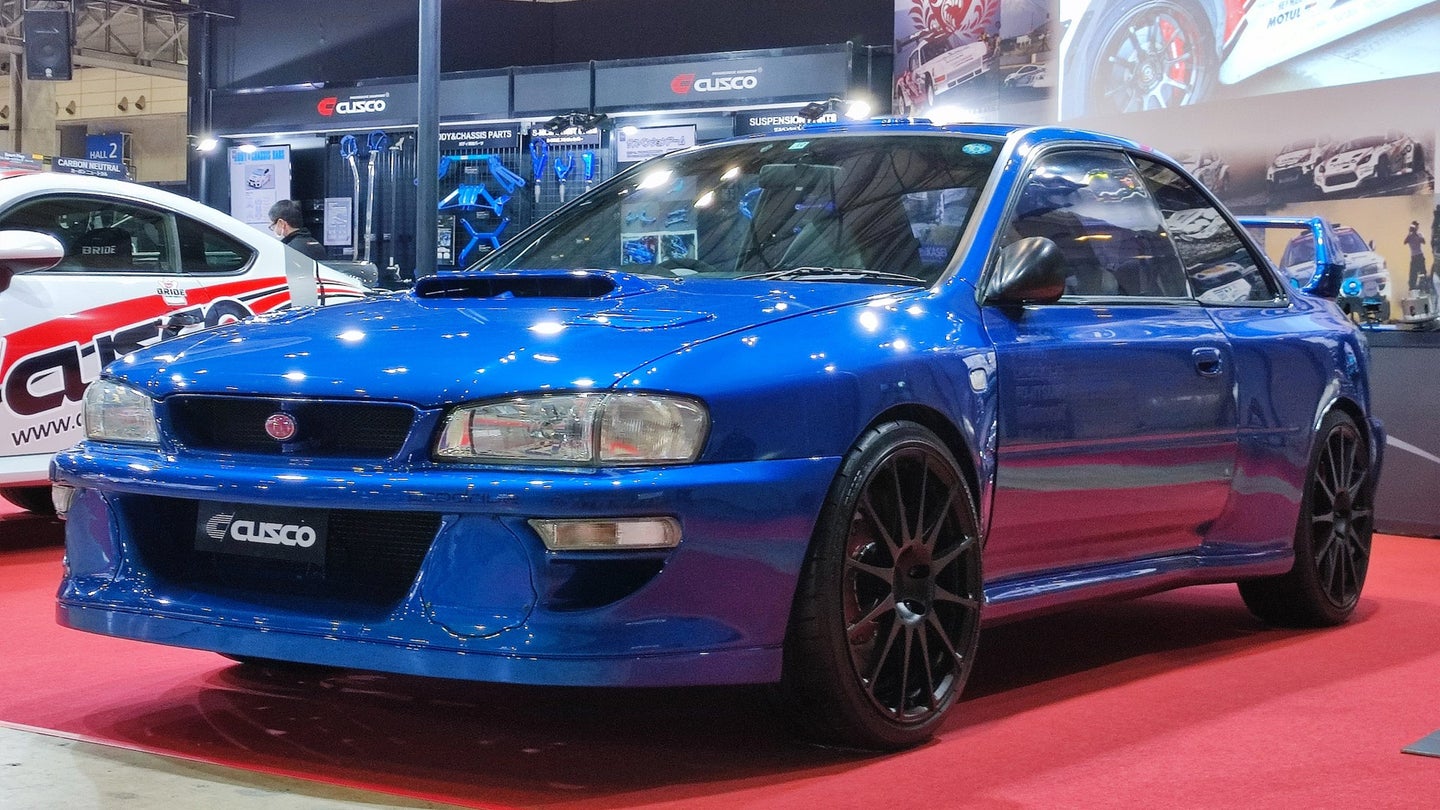 Of course, that scarcity meant it was up to companies like British-born Prodrive to build rather impressive clones like the P25. But with a price tag of $564,098, it’s still pretty unaffordable for the masses who don’t want to build their own. Fortunately, a Japanese performance outfit Cusco is joining the ranks of 22B-cloners with its own offering to Pleiades.

The heart of Cusco’s 22B build is a bit of a mystery. Cusco claims to have used the “newest generation WRX engine and transmission,” which would mean a version of the FA24 coupled to a six-speed manual transmission, at least in the U.S. market. However, its spec sheet reads that it uses the EJ-series motor from a VAB (Japanese market) WRX STI. If that’s the case, then it’s a stout EJ20 is providing all four wheels with 304 horsepower and 311 pound-feet of torque.

That power figure is just a notch above the original 22B’s claimed output of around 280 hp. It’s widely believed that the 22B actually came underrated from the factory and instead produced around, if not more than, Cusco’s build. Either way, it appears that Cusco has left the powerplant fairly stock with limited go-fast bits added on (the exception being a Fujitsubo exhaust). In all, this should produce a fairly authentic feel when mashing the gas compared to the OG.

The factory GC8 drivetrain, suspension, and brakes did receive an overhaul, though. The factory transmission was swapped out in favor of a new 6-speed manual. And so were the original differentials, both of which were replaced with limited-slip Cusco-branded diffs. The car was also lowered with Cusco Zero A fully-adjustable coilovers, and then matched with Cusco front and rear sway bars. Extra stopping power is generated thanks to a Winmax big brake kit, which is neatly hidden behind a set of 19-inch Prodrive wheels wrapped in sticky Dunlop tires.

To tie the car together nicely from a visual perspective, the faux-22B is given the widebody treatment and then finished in traditional Sonic Blue. And lastly, a set of Bride seats paired with a Prodrive harness and Prodrive steering wheel face the driver as an interior upgrade.

This tribute to the 22B debuted at the 2023 Tokyo Auto Salon earlier this month as one of Cusco’s booth cars alongside a Toyota GR86 and a new Nissan Z. While Cusco doesn’t appear to be mass-producing these like Prodrive, it’s still a fairly impressive build that seems to keep many of the same OEM-plus driving characteristics of the original 22B, something which can be appreciated on its own.

Now, it’s not exactly clear how much this setup costs, but photo legend Larry Chen says that it’s “a bit more budget-friendly” than the Prodrive P25. What we can tell is that some of the Cusco-branded upgrades tally around $3,900 on the company’s build sheet, though it leaves out a lot of big-ticket items like the cost of the powertrain and drivetrain swap, brakes, wheels, expensive interior bits, body kit, and paint.

The post Japanese Tuner Makes a Cheaper Subaru Impreza STi 22B Clone, and We’re Drooling appeared first on The Drive.