Jay Leno on His Burn Recovery: I Wanted the ‘Clooney Face’ but That Wasn’t Available 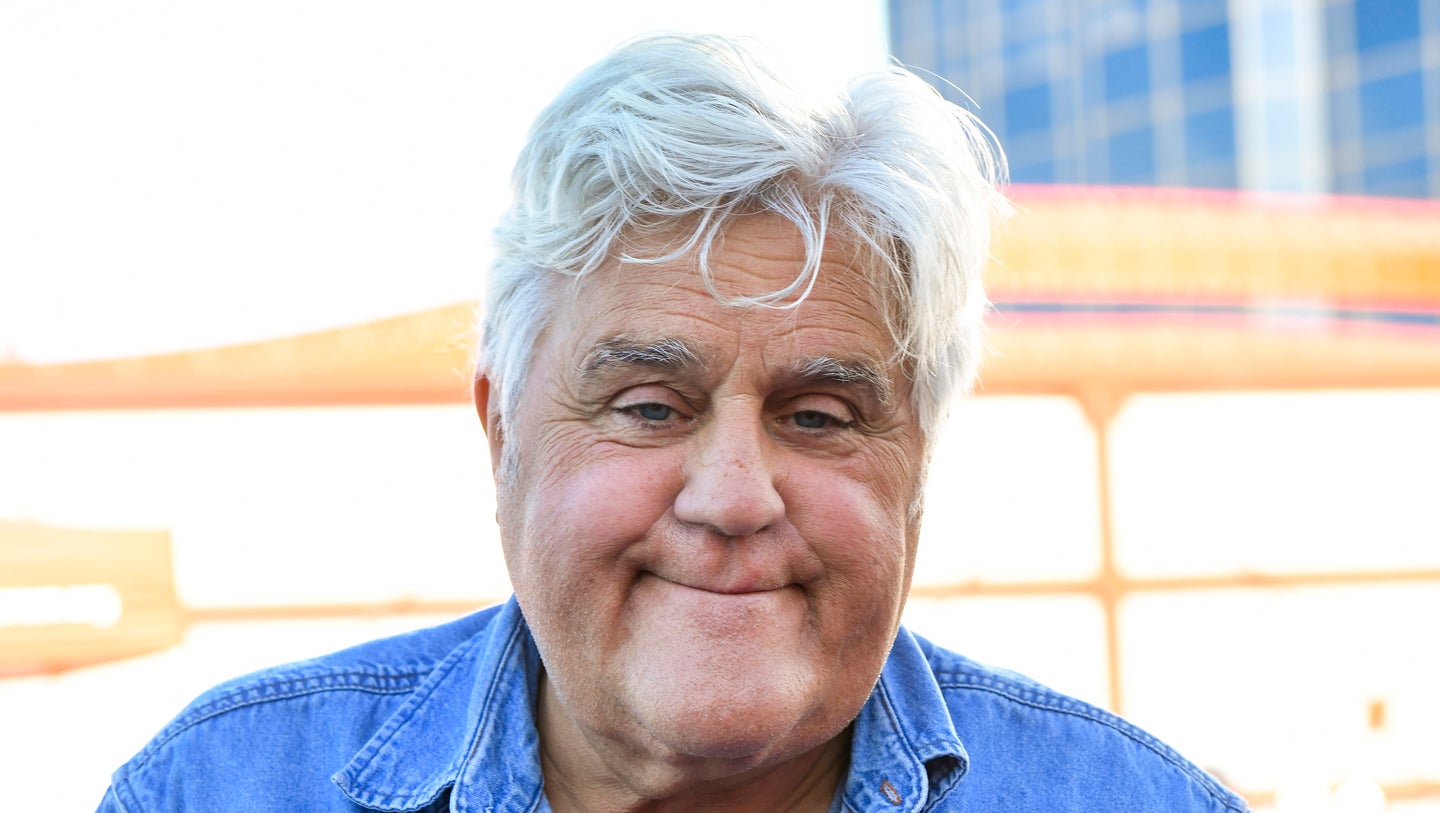 Jay Leno suffered third-degree burns to his face last month while working on one of his many automobiles. Now, he’s out of the hospital, wearing a fresh face (quite literally), and recently spoke to People about the accident. For somebody whose face was recently on fire and who happens to work in show business, Jay is nonchalant about the whole ordeal.

“It was better than a broken leg, at least I’m not hobbling around for two months,” the former Tonight Show host told the publication. “This was maybe 10 days total in intensive care at the burn center and then I’m out. I had no face two weeks ago.”

“I tried to get the Clooney face, but that wasn’t available so I had to settle for the standard,” he quipped.

The car at the center of the incident was a 1907 White Model G steam car. Leno says a fuel line was clogged and so he climbed underneath the vehicle, blew some air through the line, and that’s when a bunch of gas lit his face on fire. “Dave, my face is on fire,” Leno recalls saying to his friend. Dave quickly put the fire out, but Leno says his face was on fire for about 10 to 15 seconds. “Any longer than that, and I probably would’ve lost the eye.”

After driving himself to the burn center and successfully negotiating to stay at his own home for the first night, Jay recalls the incredible procedure he underwent to make his visage new again.

“It’s amazing what they can do now…They take this thing that looks like a saw and it cuts all of the old skin off your face and then they lay new skin on. Nine days later you got this brand new face.”

Here’s the full chat with Leno that contains the full, casual recount of what happened and how it’s going.

The post Jay Leno on His Burn Recovery: I Wanted the ‘Clooney Face’ but That Wasn’t Available appeared first on The Drive.