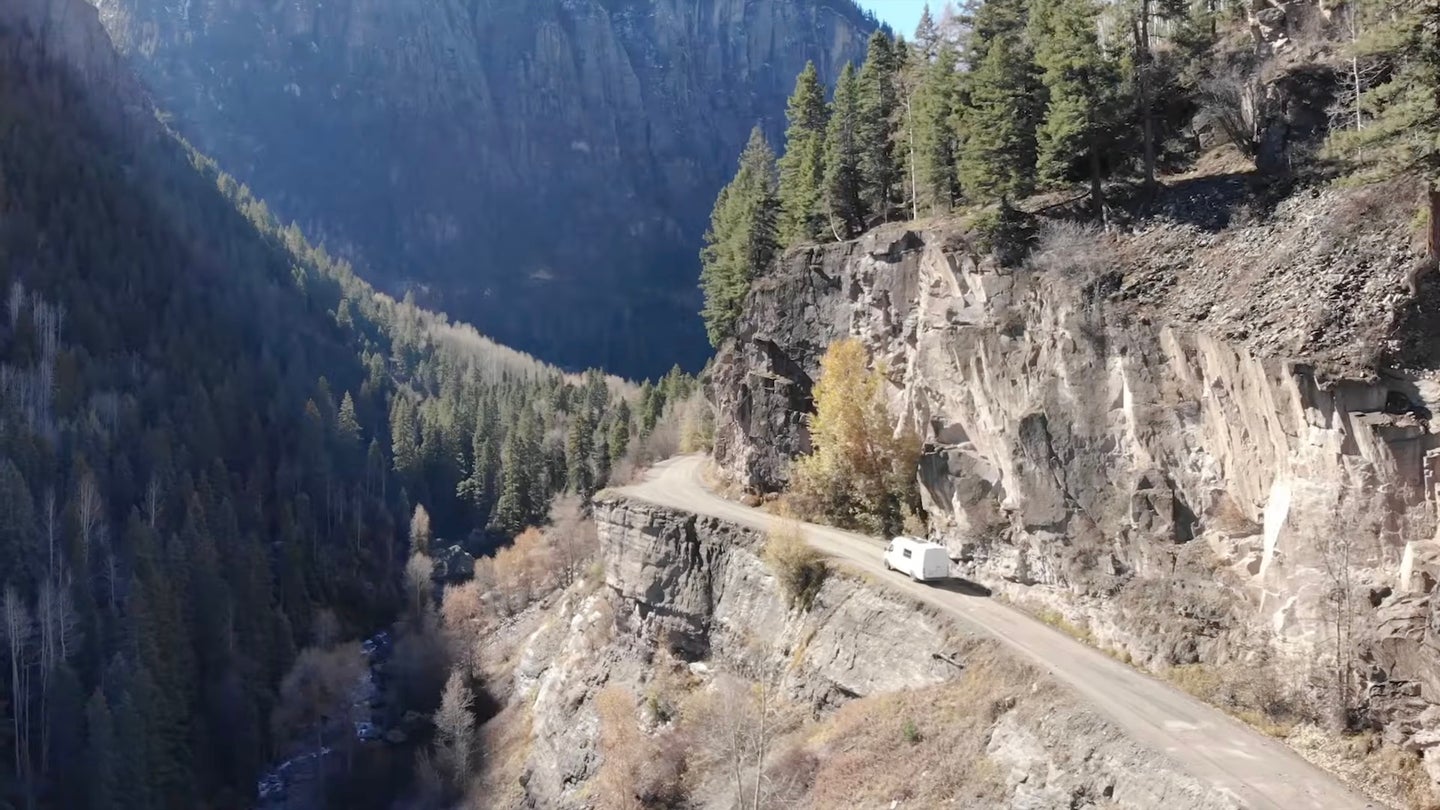 Two vacationers and a tour guide are dead after the 2022 Jeep Gladiator they were traveling in fell nearly 250 feet from a popular off-road trail near Imogene Pass in Colorado.

Montrose Press reports the incident occurred Monday on Ouray County Road 361 (also known as Camp Bird Road), en route from Yankee Boy Basin to Ouray. The location is a short distance from off-roading destination Imogene Pass, from which one of the Jeep’s passengers had reportedly snapped a photo before the crash.

The Colorado State Patrol says it responded to a report of a crash at 12:32 p.m. and found a white Jeep hundreds of feet down from the road. The truck was believed to have slipped over the side of the trail, falling 100 feet and landing on its roof before rolling a further 140 feet down the embankment. The vehicle’s driver was ejected, and his body was found near the banks of Canyon Creek. His passengers, a pair of Arizona tourists, were found dead inside the vehicle.

Recovery of the wrecked Jeep was completed Tuesday, though the cause of the crash remains under investigation.

The video embedded below shows Camp Bird Road and how steep the drop-off is at points:

This incident reportedly marks the second fatal off-road crash on Ouray County trails this month. On Sept. 5, a man from Mesa, Arizona died when his ATV tipped and rolled hundreds of feet down a trail near Imogene Pass, injuring his wife in the process. The region records a significant volume of off-roading incidents due to its popularity with the outdoor community, which visits the nearby town of Telluride and often drives the trails in the region. Their combination of tricky terrain and high traffic however has led the Sheriff of San Miguel County to advise drivers to stay off the nearby Black Bear Pass if they lack trail experience.

The post Jeep Gladiator Falls Off Cliff in Colorado During Jeep Tour, Three Killed appeared first on The Drive.