Jeep Plans 4 EVs in US by 2025, Including Wrangler-Inspired Recon Off-Roader 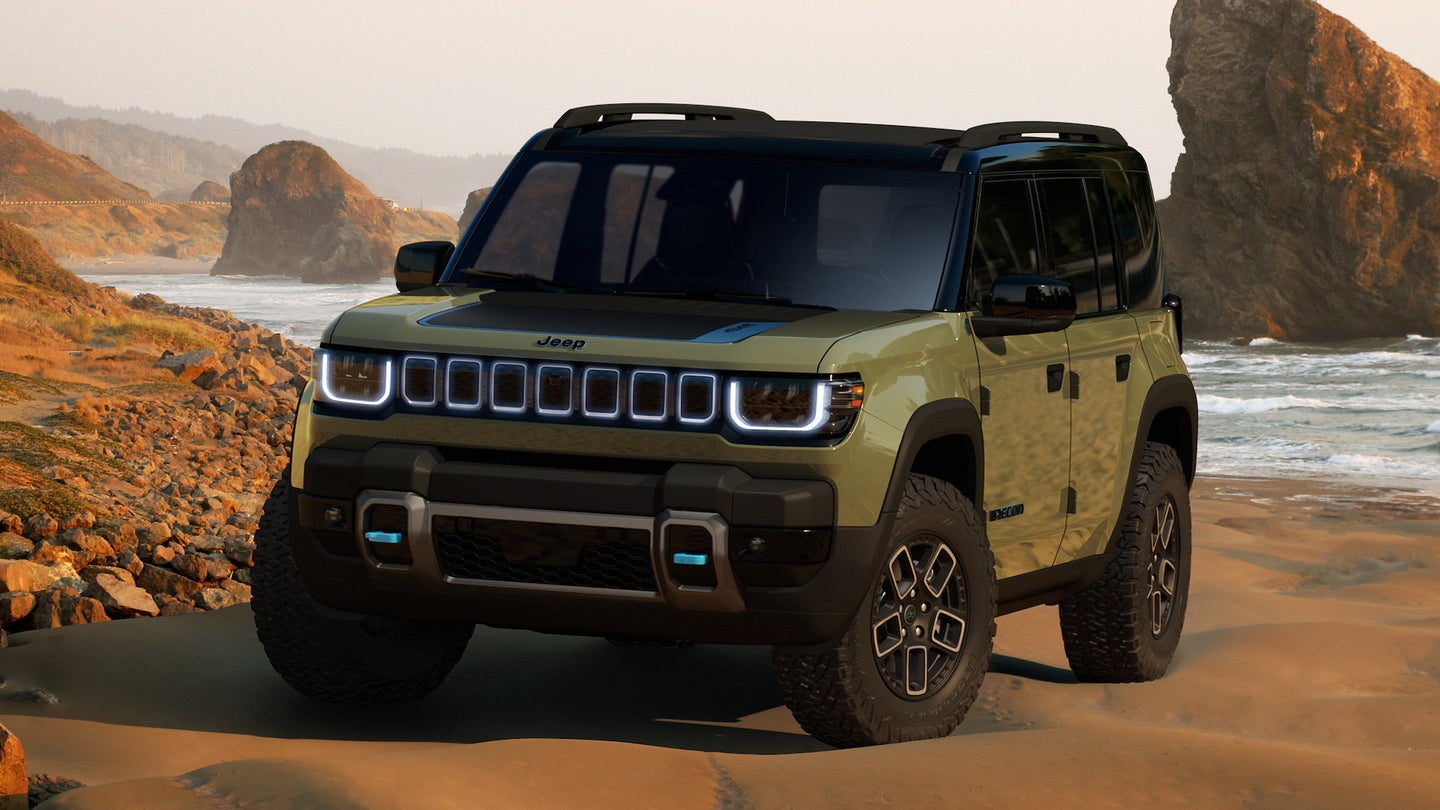 Jeep hailed the age of electric vehicles by declaring sweeping plans Thursday to electrify its entire lineup, including bringing on waves of EVs and hybridizing what remains. Jeep won’t ignore what made it a revered off-road brand though, as one of its first EVs will be a companion to the Wrangler—meaning Rivian should watch out.

These plans were revealed by Jeep, which declared its plans to have four EVs on sale in North America and Europe by 2025 and an electrified—so hybrid or fully electric—version of everything in its lineup. That goes from bottom to top, from the itty-bitty Renegade to the Grand Wagoneer. By 2030, Jeep says half its sales in the U.S. will be electric, with the other half being made up by hybrids. Two of the EVs that will get Jeep there are already accounted for by a pair of production-bound concepts, the Recon and Wagoneer S.

The Jeep Recon is a familiar-looking EV with removable doors and windows, and an emphasis on off-road performance that Jeep says will make it Rubicon Trail-ready from Day 1. Before you clutch your pearls: No, Jeep emphasized the Recon is not a replacement for the Wrangler—merely an equivalent. There’ll still be room for Wranglers in the future, though they’ll have to be hybrids given Jeep’s commitment to full electrification by 2030.

Jeep’s other EV, the Wagoneer S, has an entirely different emphasis on asphalt performance, like the Grand Cherokee Trackhawk. Fitting, because it’s about the same size as one, and is about as quick: 0 to 60 vanishes in around 3.5 seconds with 600 horsepower on tap. It’s not just a sprinter, either, with an estimated range of 400 miles. A third EV was also confirmed, the Avenger, bringing the global Jeep EV total to 5, although the sub-Renegade EV will not be sold in the States.

Reservations for U.S.-bound Jeep EVs will open in early 2023, with Jeep promising to have both the Recon and Wagoneer S on sale here before 2024 is over. Both EVs will be made in the U.S., and they’ll pave the way for two more EVs that’ll follow by 2025. Jeep promises they’ll break cover within the next few months, and it seems likely they’ll fit niches similar to the Cherokee, Compass, or Grand Wagoneer. That doesn’t mean there won’t be an electric take on the Gladiator pickup, or something unexpected like a Jeepster EV or even the old XJ-001 muscle car—but don’t hold your breath.

The post Jeep Plans 4 EVs in US by 2025, Including Wrangler-Inspired Recon Off-Roader appeared first on The Drive.