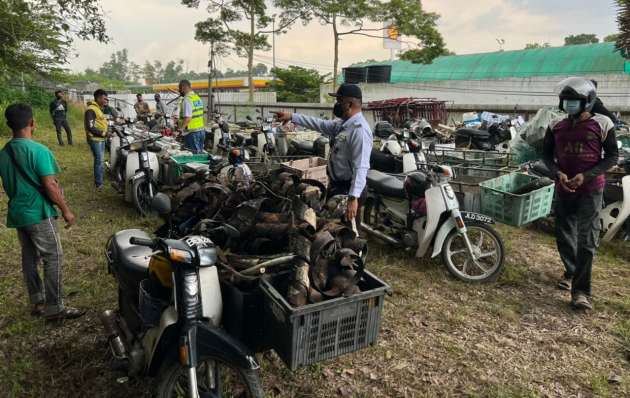 Three-wheeled motorcycles, otherwise known as sidecar combinations, are in common use on Malaysia road and used for carrying goods for small businesses notably in the scrap trade. In a special operation in the North Johor Bharu police district, police Traffic Enforcement and Investigation Department (JSPT) conducted a special operation targeting three-wheeled motorcycles.

During the operation conducted on May 23, JSPT personnel detained modified 22 three-wheelers operated by by Rohingya nationals. Upon examination, the vehicles were found to be operated in a dangerous manner causing inconvenience to other road users while carrying recyclable material. 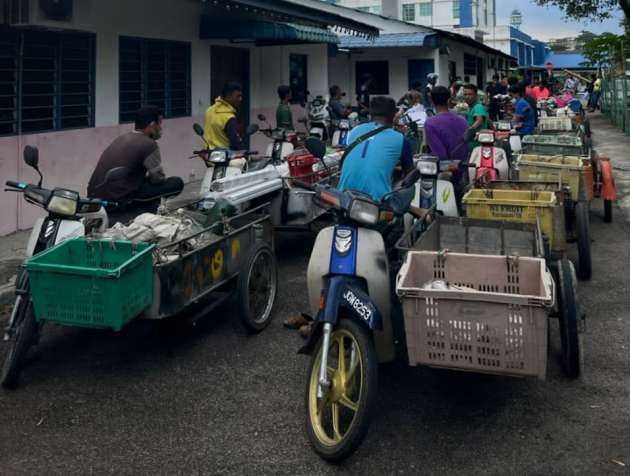 All 22 three-wheeled motorcycles were confiscated under Section 64 of the Road Transport Act 1987. Police remind the public to follow road rules and regulations for the safety of all and to avoid the risk of accidents.