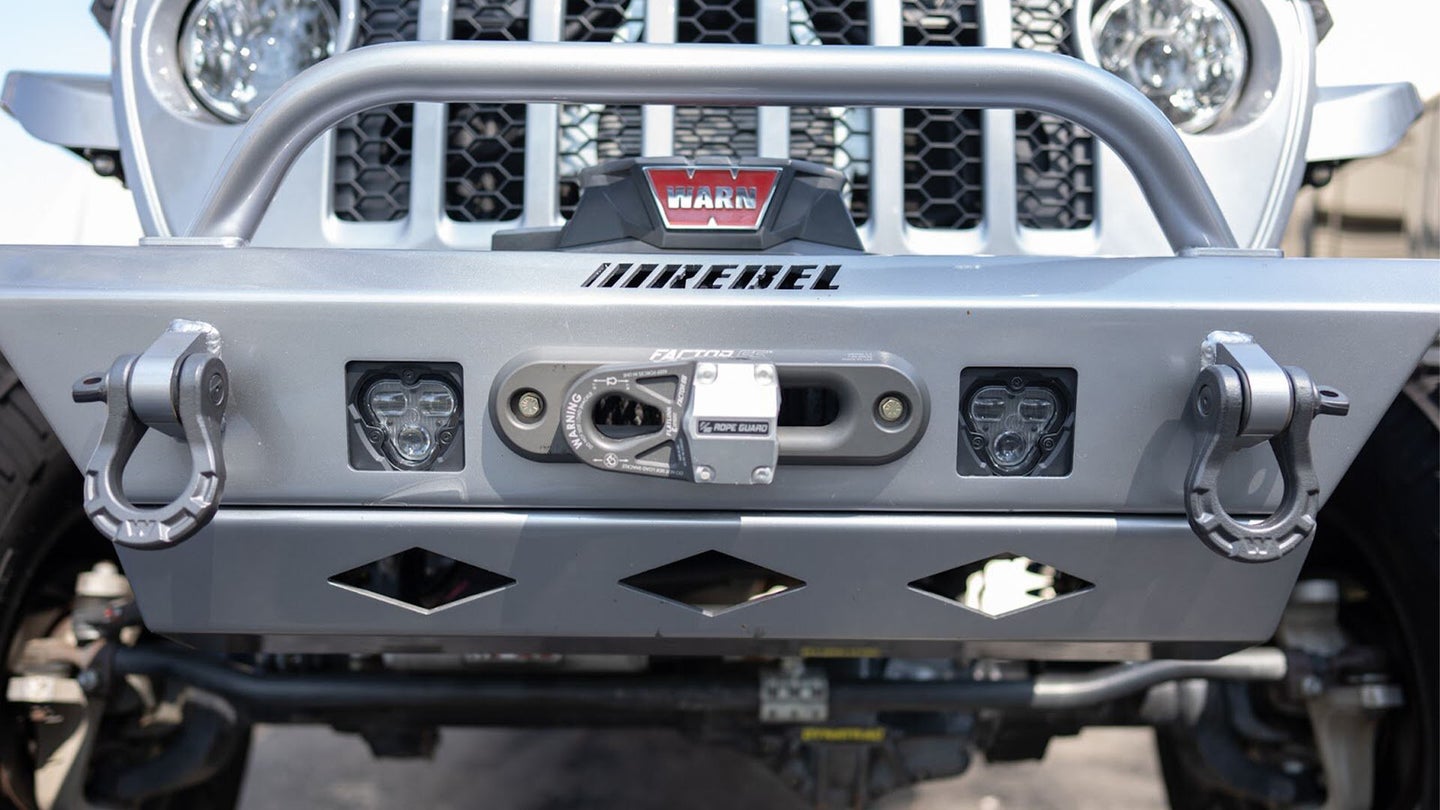 Sure, your existing off-road lighting combination serves you well. So long as nobody’s there to turn you in for using them on public roadways, you get the best of both worlds. Right? That’s at least until Johnny Law catches you in the act on the backroads. Something as simple as not turning a switch off can actually end up putting you in debt. KC HiLites knows that you don’t want to dance between lights as you hop from trail to trail, which is why it’s developed the world’s first true dual-mode SAE fog light and high-powered off-road light.

KC HiLites’s Flex Era 3 light still requires you to flip a switch to avoid trouble, but you’re not turning out the auxiliary lights, hoping for your eyes to adjust as you cruise along. The 3,682-lumen SAE fog beam is used for driving on public roadways, and the 5,949-lumen off-road spot beam is intended for the trail. A simple switch has you flipping between the two just like you do the high and low-beams the dealer sent you off with.

It’s a concept you off-roaders have wanted to see put into effect for years, and now it’s here. KC HiLites, a champion of the industry, made sure it does everything you need an off-road light to do. It’s built to endure anything with a rugged IP65-rated magnesium case with a polycarbonate lens, and KC even tosses in an additional yellow lens to boost visibility in various conditions.

KC released these lights on Monday, November 14th, but at the time of writing, they’re already on sale at Amazon for $401.76 and include all the necessary wiring hardware. That doesn’t feel too bad given the legendary KC quality and capability. The company also dropped them with universal and vehicle-specific mounting systems available for all of the usual suspects.

“This set has real potential to help those vehicle platforms that aren’t normally supported by the off-road industry,” remarked The Drive’s Jonathon Klein, “My Honda Ridgeline has almost no off-road aftermarket support and it’s hell trying to find accessory lighting for it without cutting up bumpers. These would, theoretically, just swap into our truck’s fog lamps.”

What are your thoughts on these off-road lights? Do they replace your current lighting system? Drop a comment and fill us in.