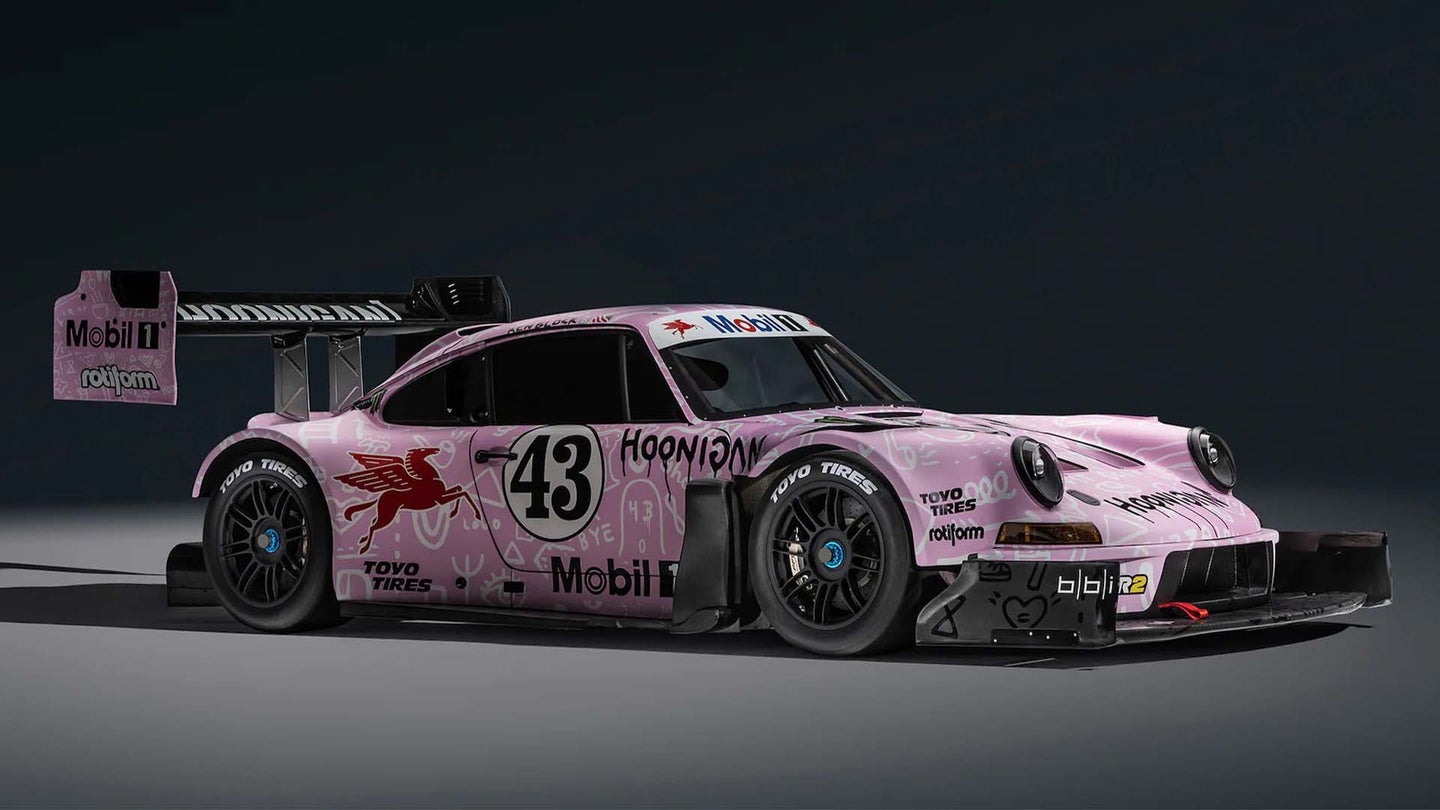 It takes a seriously special Porsche 911 build to impress the internet these days, but that’s exactly what Ken Block and Hoonigan created with their 1,400-horsepower racer. It’s mid-engined, for starters, and wears a bespoke widebody that’s just as extreme as its twin-turbo flat-six powerplant. The entire effort was organized to take on this year’s running of the Pikes Peak International Hill Climb, but after an unfortunate valvetrain failure forced the car to miss qualifying, it’ll have to wait until 2023.

This hurts for plenty of reasons, chief among them being the Porsche’s potential. BBi Autosport and Hoonigan said they were aiming for an overall victory, which could’ve been genuinely possible given its massive power output, sub-2,400-pound curb weight, and obscene downforce figure of around 5,000 pounds. However, it won’t get the chance to prove itself this year.

Block broke the news on Instagram Thursday morning, applauding the crew that built the Hoonipigasus for their recovery attempt.

“The Hoonipigasus dropped a valve, causing a major engine failure, and despite the joint BBI x HRD team exhausting our resources trying to repair it (we even flew in parts and Porsche’s top motorsport tech from California!), we missed qualifying this morning, so we sadly will not be racing up Pikes Peak for the 100th running of the event,” Block said. “We are all gutted to say the least. Betim and the rest of BBi Autosport built one hell of a car for us and did everything they could to get it back on the hill, but sometimes that’s not how racing works.”

Social media shares early in the week showed the car undergoing full-on race prep. This video of it on jackstands with all four tires spinning should’ve been enough to get anyone excited:

Then, BBi Autosport shared a timelapse of the car being almost entirely disassembled to get it back into racing shape:

Fortunately for all of us that want to see the Pink Pig-liveried car race to the clouds, Block and Co. plan on returning next year. The competition will be as stiff as ever, I’m sure, but these folks know how to win. And it’s not like Block’s a newcomer to Pikes Peak, either.