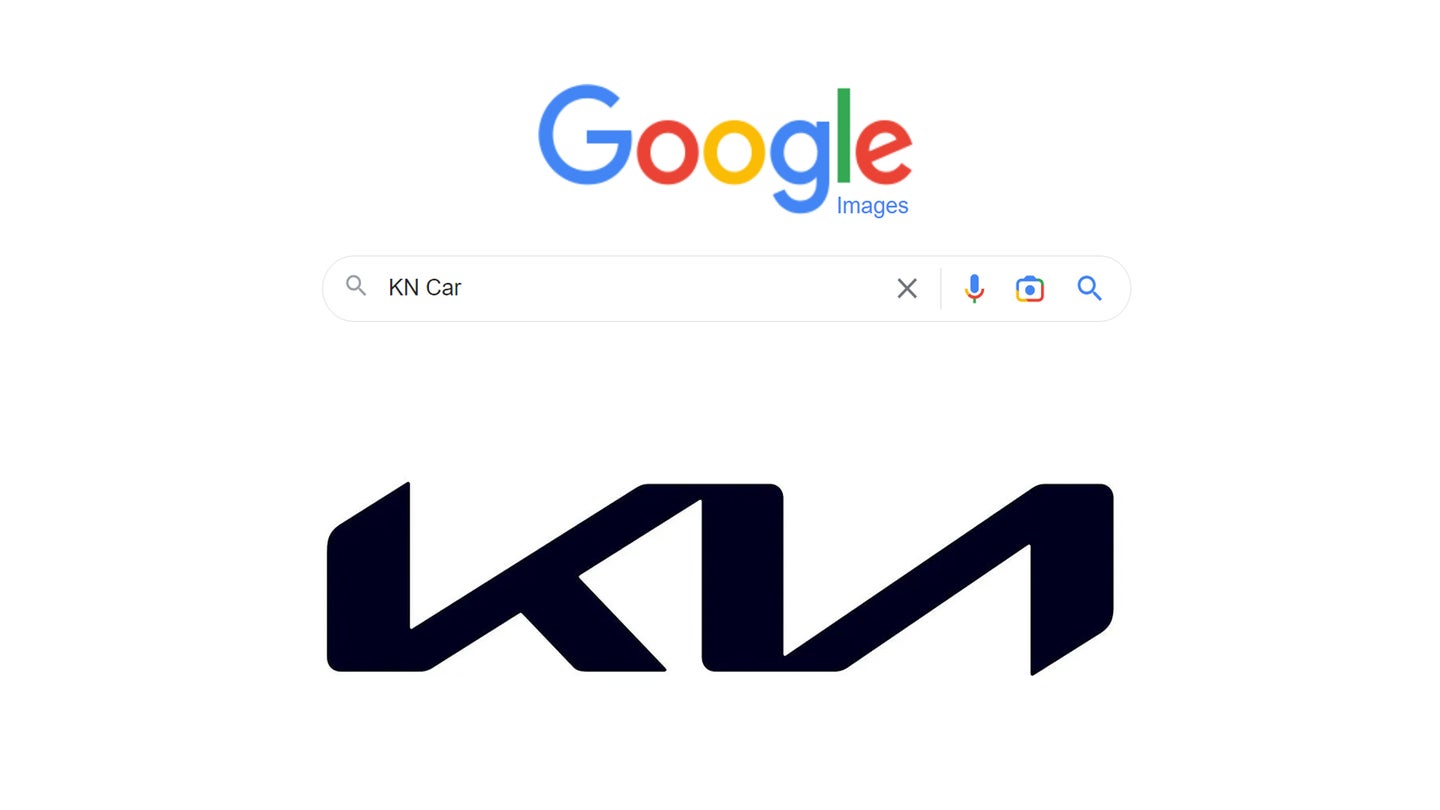 Last year, Kia decided that it was going to bring the brand into the 21st century. And it did exactly that by revamping its logo into something a bit more modern—gone is the old circular logo and in is the new look. There’s just one problem: people can’t seem to actually read it on a car.

I know that you’re thinking that a single Reddit post doesn’t prove that people are confused. But dear reader, it’s not just one Reddit post (there are a few, actually). According to search engine trend statistics, it turns out that around 30,000 people in the U.S. are actively trying to figure out what the “KN car” actually is…every single month.

This interesting statistic was originally pointed out by Ashwinn Krishnaswamy on Twitter. Ashwinn noticed that search data on ahrefs showed a huge uptick in people searching for “KN car” around March 2021, which was just a few months after the news of a new logo went live. That also happens to be around the time when the rebadged Kia Stinger went up for sale, meaning that people began to see Kias sporting the new logo on the road, blissfully unaware of what they actually were.

And it’s not just the Stinger. As you can see in the related searches above, people are getting the model of the vehicle correct (for example, the fantastic Kia Carnival minivan), but can’t make out the automaker’s actual name from the logo.

In case that wasn’t enough to prove the point, Google Trends also shows a similarly-timed uptick in searches for the same term.

I just want to emphasize how many people 30,000 actually are. That’s 360,000 people every year, 986 people per day, 41 people per hour, or one person every other minute trying to figure out what the hell a KN-branded car is.

Now, I’m no graphic designer (trust me), but I’d like to think that if Kia really wanted to fix its logo recognition problem, it could make a few concessions to the design to help sort out the confusion. Below is my napkin-edited logo which I think helps to clear up any confusion on the “KN car” debacle.

There is an upside, however. The search engine Gods have apparently embraced the misspelling, because if you Google “KN Car” your first result is Kia—Bing and DuckDuckGo rank Kia a bit lower, but still on the front page. In fact, one could argue that Kia knew exactly what it was doing and embraced the logo design to capitalize on marketing via keyword misspelling. Not only did the brand change the appearance of its vehicles enough for people to not recognize a Kia from a completely fictitious car brand, but it also brought its reputation from bargain basement to household brand.

The more I think about it, the more I’m convinced that this is a brilliant marketing strategy all around, and I won’t be surprised if the 2021 Kia logo revision ends up as an example in a textbook one day.

The post Kia’s Logo Is So Confusing That 30K People Google ‘KN Car’ Every Month appeared first on The Drive.