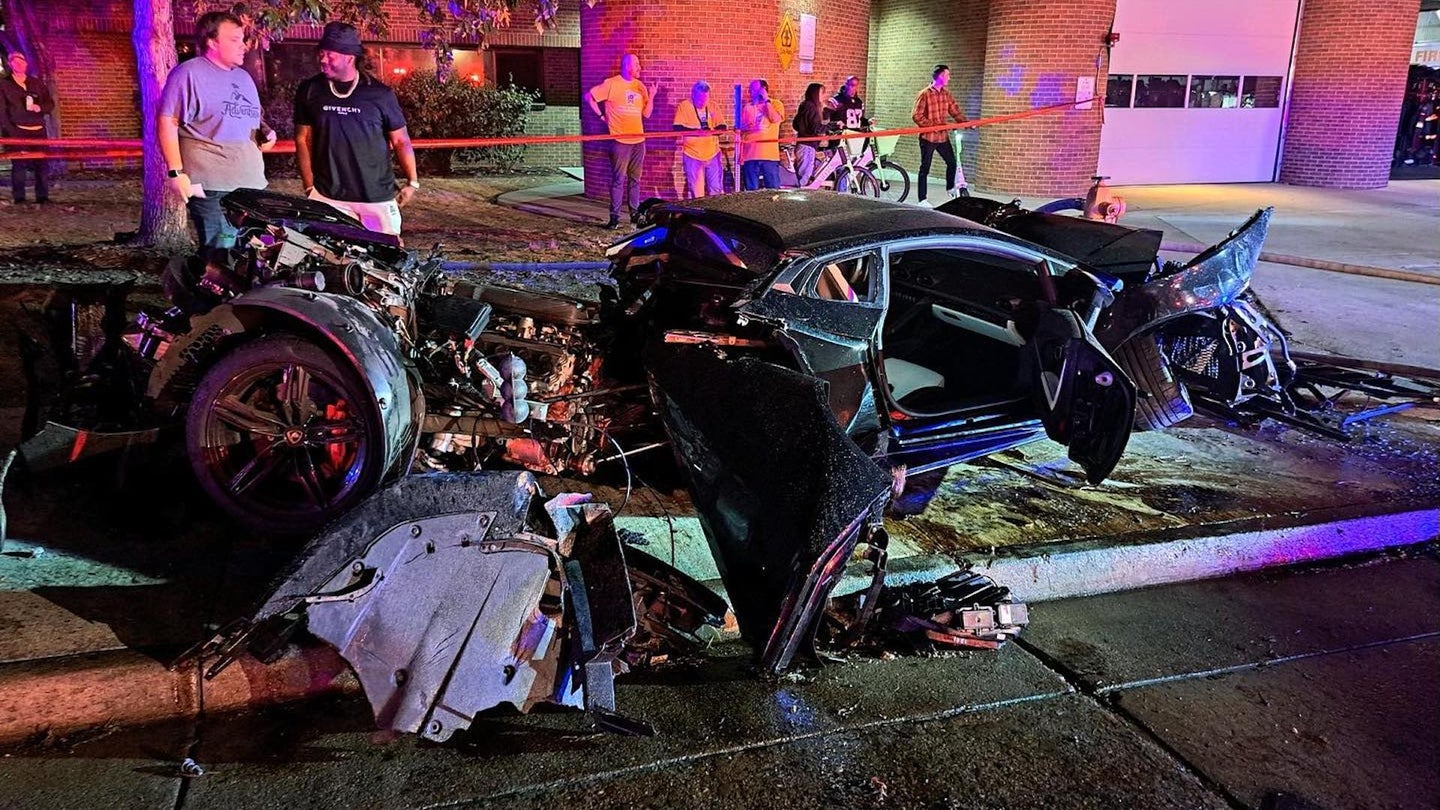 If you’re going to crash your Lamborghini and have it catch fire anywhere, it might as well be in front of a fire station. According to the Denver Fire Department, two Lamborghini Huracans crashed Thursday night, causing one of them to catch fire. Ironic silver lining: it all happened in front of Denver FD Station 1 on W Colfax Ave. Reportedly, nobody was injured.

Pictures of the aftermath shared by the Denver Fire Department on Facebook show a dark blue Lambo on the sidewalk thoroughly disfigured, with its mid-mounted V10 and entire rear-end dislodged from the rest of the car. The other car, a purple Huracan, isn’t quite as destroyed as the other one but saw its passenger door, front end, and rear end heavily damaged.

Ahead of the upcoming long weekend, the DFD shared, “Public Service Announcement: Drive Safe this weekend. Lots of events downtown. Last night two Lamborghinis were involved in an accident that resulted in one vehicle catching fire in the front yard of Station 1. Fortunately no one was injured.”

With a big, 5.2-liter V10 located behind the passenger cell, the Lamborghini Huracan is a supercar that produces upwards of 600 horsepower depending on the variant. Like other exotics of this caliber, it’s not uncommon for one to catch fire after a serious collision like this, and the separating engine is said to be a feature, not a bug, allowing distance between occupants and that potentially flammable motor.

It’s unclear whether the fire department “arrived” on the scene after a 911 call or whether they responded after hearing a bang and seeing a flaming Lamborghini on their front step. Either way, I would be extremely surprised if this didn’t result in a new record response time.

The post Lamborghinis Crash and Conveniently Catch Fire In Front of a Fire Station appeared first on The Drive.