Lancia Is Back as an EV-Only Automaker 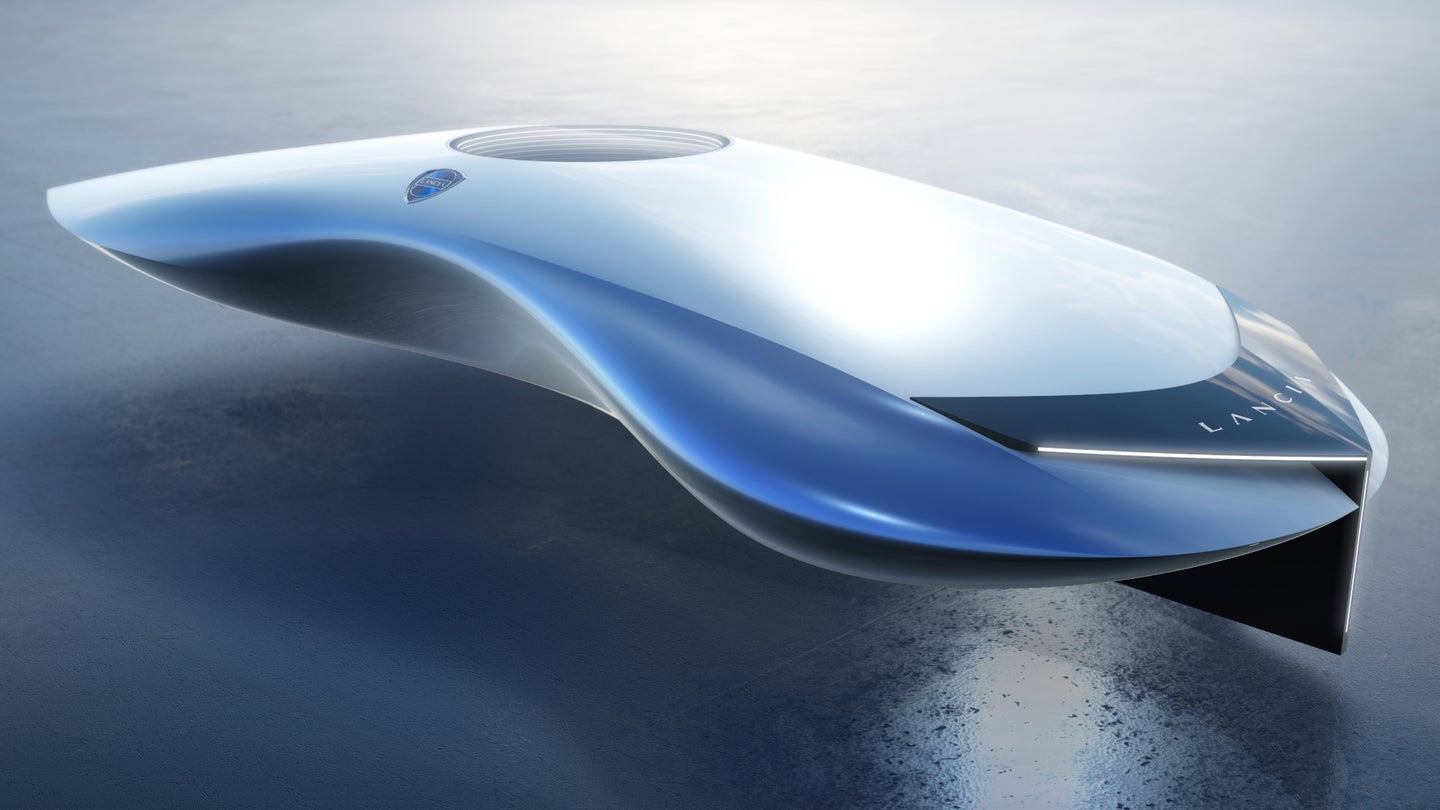 Lancia is coming back in a big way, with the brand retooling itself as an EV-only automaker.

It marks a new era for Lancia, which has been a shadow of its former self for some time. It was once a storied automaker known for its legendary sports cars and rally successes. However, since the 1990s, Lancia has been on a downward swing, primarily selling the Ypsilon hatchback and a handful of rebadged Chryslers. The Ypsilon has been the company’s sole product since 2015, and sales have been limited to Italy only since 2017. That’s been just enough to keep the automaker ticking over, thanks to strong domestic sales in the absence of any other markets.

The brand’s new direction was revealed by Lancia CEO Luca Napolitano at Lancia Design Day this week. “Today is the beginning of our Renaissance that will amaze Lancia fans all over the world,” said Napolitano, adding “Lancia will once again be a desirable, respected, and reliable brand in the European market.”

Lancia plans to release three new vehicles from 2024 to 2028. That will include new Delta and Ypsilon models, likely to be hatchbacks if they follow on from their namesakes. The company has also announced a new flagship model will be coming as well, without providing specifics. By 2028, the company’s lineup will be 100% electric, indicating all three of those vehicles will be available as EVs.

Earlier news suggests the Ypsilon will be first off the rank, returning as an EV and hybrid in 2024. That could be followed by a crossover in 2026 as the new flagship, with the Delta expected later in 2028.

Those vehicles will be styled with the new Lancia “Pu+Ra” design language. It prioritizes “successive layering” and “intersecting elementary and iconic shapes, such as the circle, rectangle, and triangle.” Inspired by the worlds of furniture, architecture, and fashion, the company claims the result is a style that is “not typically automotive.”

The company does not yet have a concept vehicle wearing the new design language. However, it has the next best thing, in the form of the Lancia Pu+Ra Zero. A “three-dimensional manifesto” intended to represent the future of Lancia’s designs, it gives us a hint at what to expect from the company’s future vehicles. It shows off sleek curves with a very unique pointed bow. However, the Pu+Ra Zero also appears to be hovering in some images, something we don’t expect to see on future roadgoing Lancias.

To support the brand’s resurrection, Lancia will establish 100 new showrooms in Europe on an exclusive basis. It’s also working to maximize online sales going forward, with Napolitano previously stating a desire to make it possible to buy a car “with just three clicks.” The company is also prioritizing a focus on sustainability as it attempts to return to being a “credible, respected, and desirable” brand in the European market.

In pursuit of these goals, Napolitano also unveiled a new Lancia logo to herald in the “electric mobility” era for the brand. It retains the classic elements from Lancia logos of the past, namely the wheel, shield, lance, and flag bearing the company name. Lancia claims the new logo has these elements “positioned in a new balance, capable of expressing innovation, premiumness and Italian-ness with a touch of eclecticism, given by the asymmetrical lance.” The logo uses the Rouleaux triangle form for the shield, reminiscent of the Wankel rotary engine. Lancia has no close ties with that technology, however, and has used the form since long before the Wankel engine was developed.

Overall, there is a lot of love for Lancia out in the world. Enthusiasts still remember the company’s daring designs and rally victories. Meanwhile, in Italy, the Ypsilon has been a best-selling hatchback as recently as 2019. The electric transition in the automotive world could just be the perfect time for this storied brand to relaunch itself in a big way.

The post Lancia Is Back as an EV-Only Automaker appeared first on The Drive.