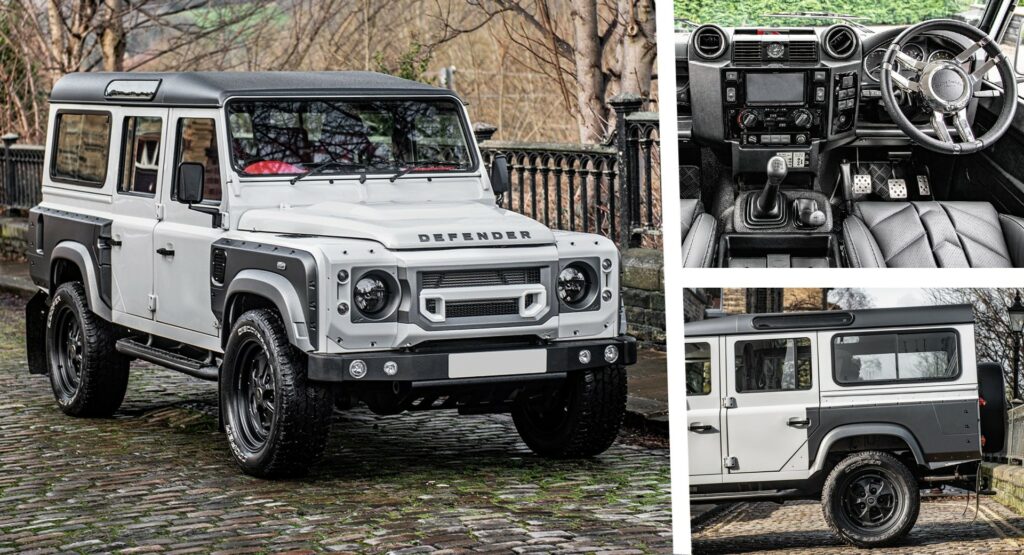 Modified Land Rover Defenders are quite desirable nowadays, so Chelsea Truck Company keeps on offering new versions of the iconic off-roader. The latest example is the Defender 110 Wide-Track coming with a series of visual modifications by Project Khan.

Starting with the exterior, the highlight is the wide bolt-on front and rear fenders painted in Grey Satin shade, contrasting with the White exterior. Also, the front end has been overhauled with a new X-Lander grille and headlight surrounds, plus a new bumper with four integrated lights. The round headlights have LED graphics and a Shadow Chrome finish, effectively modernizing the looks of the Defender. 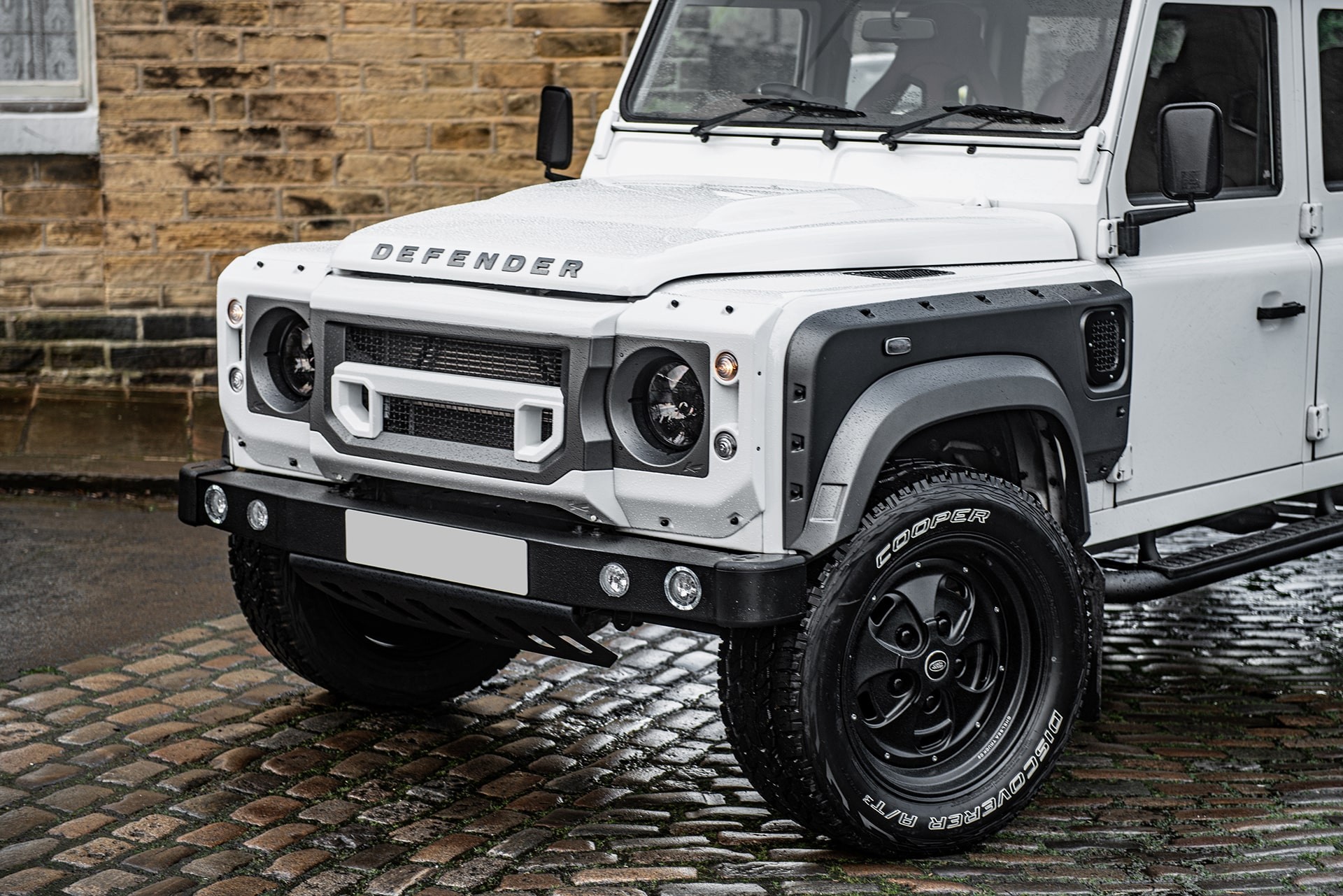 The vents on the bonnet and on the profile are made of stainless steel, while the tubular side steps and rubber mud flaps contribute to the rugged looks. The SUV is fitted with Rostyle Inspired RS 20-inch forged alloy wheels shod in Cooper Discoverer A/T tires. Moving over at the back, there is a Chelsea Truck Company spare wheel cover mounted on the rear door, and a twin-crosshair exhaust system with twin stainless steel pipes poking out of the mudflaps.

The donor car was a late-model-year Defender from 2015, which means it gets the modern dashboard. However, the tuner has upgraded the interior with a new quilted perforated leather upholstery for the seats, added a new billet brushed satin aluminum steering wheel, rubber floor mats, and a carpeted cargo area. On the dashboard there is a new navigation unit and a new handle in front of the passenger. Finally, a Chelsea Truck Company plate has been added, and the glass has been tinted. 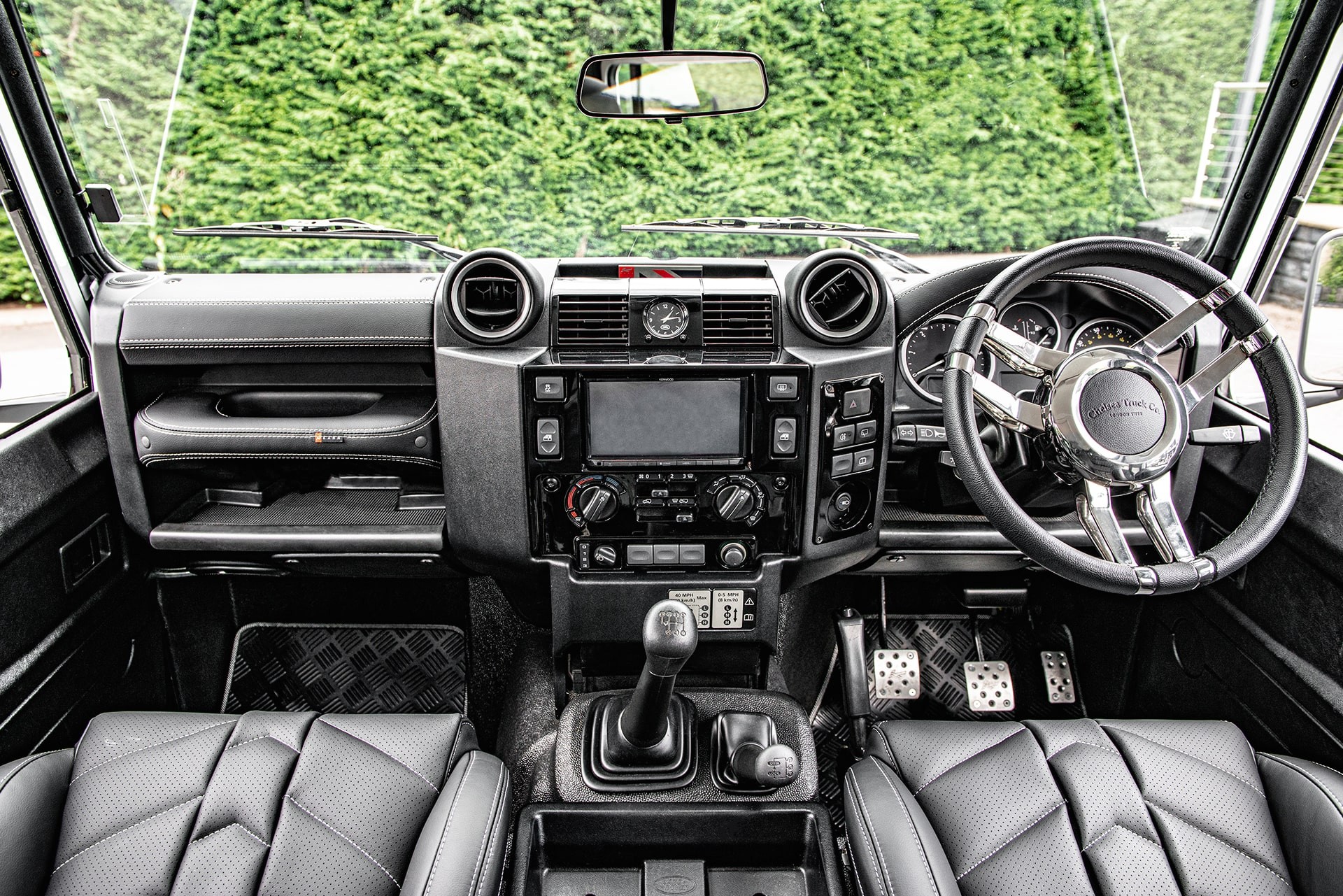 There are no mechanical changes, which means that the Defender retains the stock ladder-frame underpinnings. This particular example is fitted with the Ford Duratorq 2.2-liter diesel engine producing 120 hp (90 kW / 122 PS) and 360 Nm (265.5 lb-ft) of torque. Power is transmitted to all four wheels through a six-speed manual gearbox, with an additional short shifter.