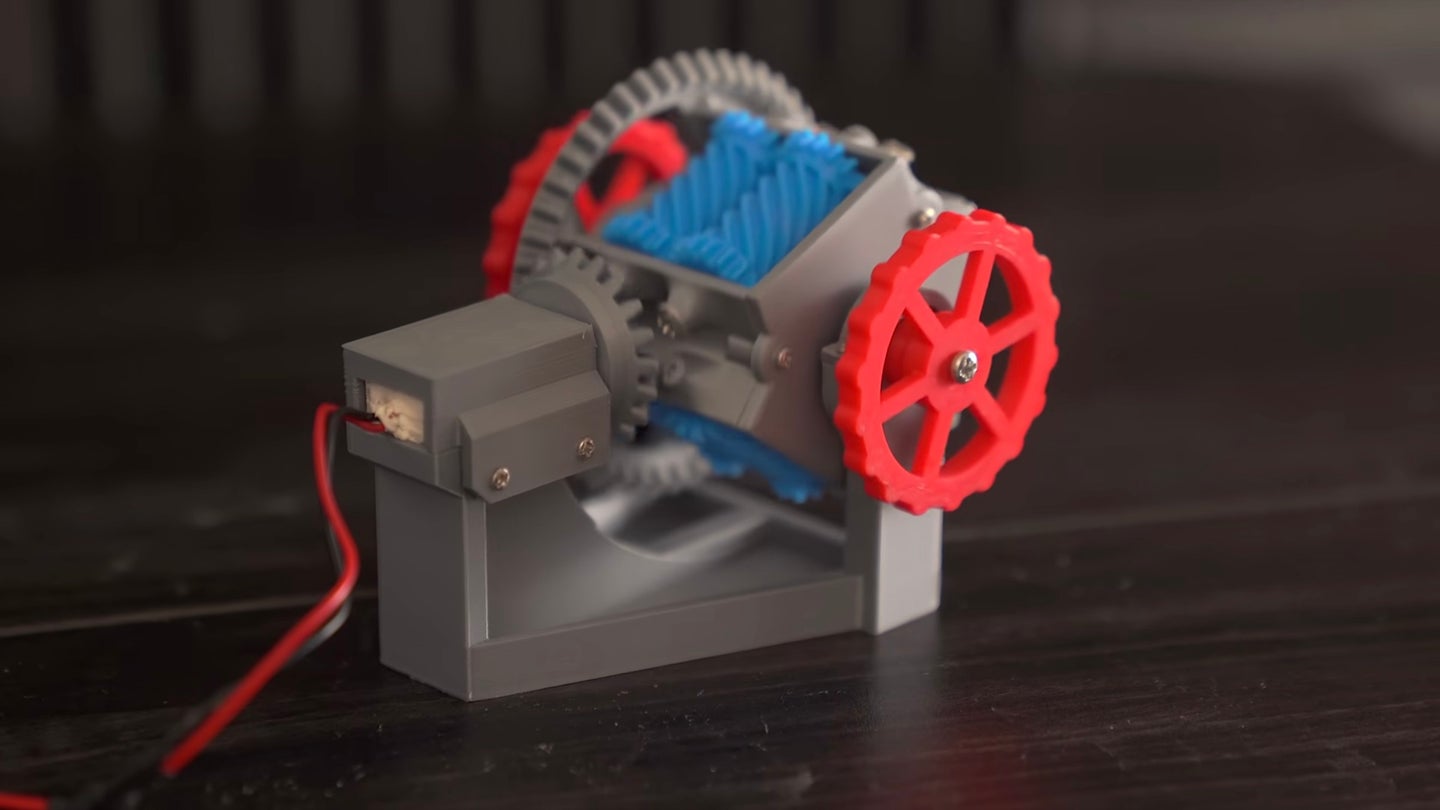 Whether you have a mechanical limited-slip differential (LSD) in your car you stand to benefit from knowing how one works. Not so you can know how to fix it or anything—just because they’re a brilliantly simple piece of engineering.

Mechanical LSDs’ function was visualized in a video on YouTube from 3D Printer Academy, which printed a differential in various colors of plastic to show how it works. As they explain, a differential is needed because wheels travel different distances when vehicles turn. This can be accommodated with a simple open differential, which offers more stability for unskilled drivers, but doesn’t have the low-traction performance of an LSD.

There are various types of LSD, such as clutch and viscous, but the most captivating type to watch work is the mechanical, also known as a Torsen. It links the left- and right-side axles through a set of helical gears, whose housing is the source of turning force from the driveshaft. Their diagonal-cut teeth transfer torque perpendicularly to the axles, which like an open diff can spin one wheel if there’s no resistance. But if traction is available, this LSD will transfer torque to the wheel with more traction. No description is as good as a visual though, so give the video a watch—it’s only three minutes, so you can spare the time.

LSDs of all kind are useful in performance applications, though different types reign supreme depending on use. There are also of course locking differentials and e-differentials, which are entirely separate kettles of fish. There are many ways to skin your cat—or rather, not skin your tires.

The post Let This 3D-Printed Mechanical LSD Show How Gears Find Traction on Their Own appeared first on The Drive.