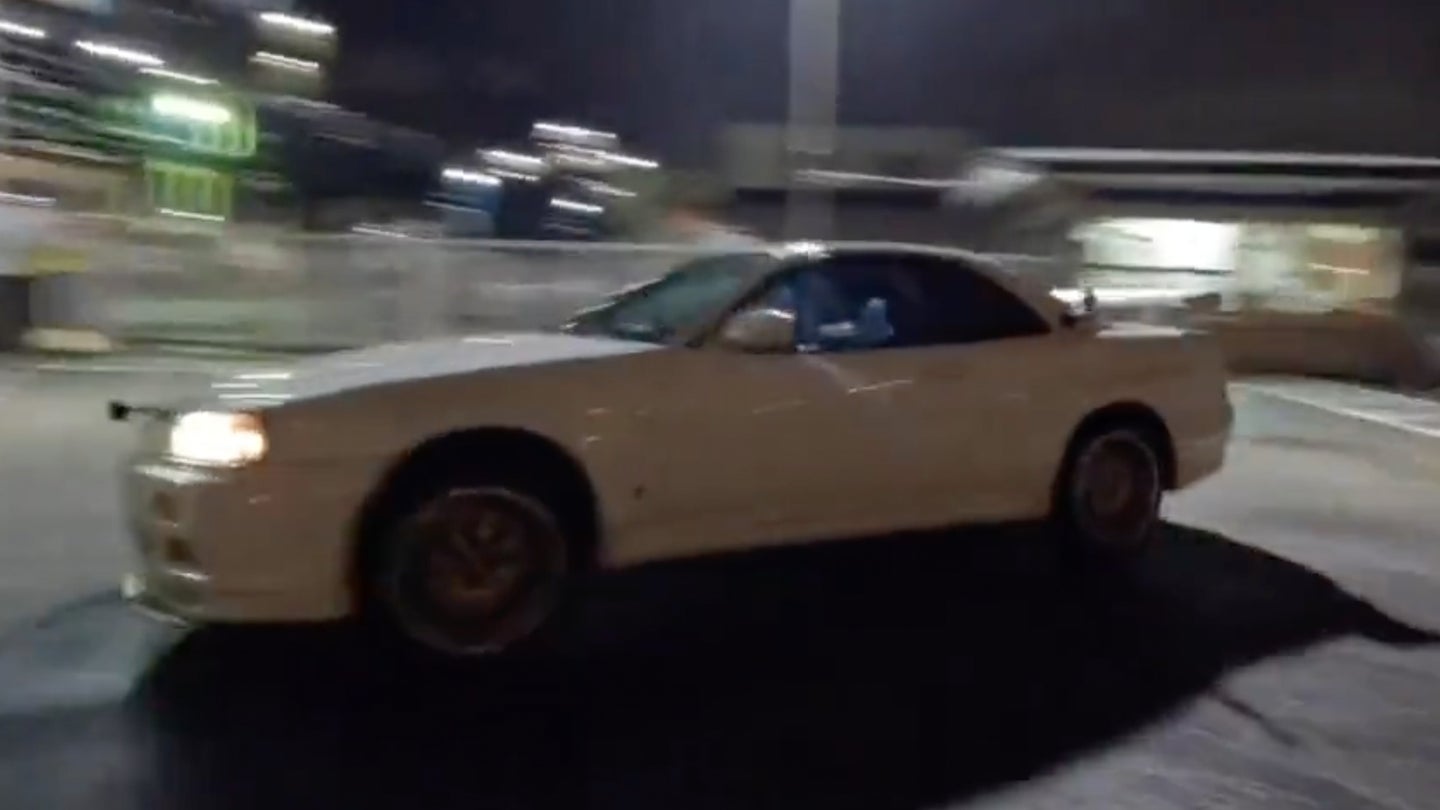 Earlier in the week, a video featuring seven-time F1 world champion Lewis Hamilton hooning an R34 Skyline GT-R made its internet rounds. In the video, he does so many donuts, smoke came through the shift boot into the cabin. As fun as the video was to watch for us, it wasn’t particularly fun for the owners of the car, Omoshiro Rent-A-Car.

Omoshiro specializes in renting out classic and exotic cars, many of which are heavily modified. This specific Skyline has hotter cams, an upgraded limited-slip differential, and an entirely revised suspension, to name just a few things. So it’s been built for a bit of go-fast driving. However, ripping huge donuts is apparently against rental policy and Omoshiro doesn’t seem pleased with Hamilton.

“This is a car from Omoshiro Rent-A-Car, but it was not taken with permission from our company. Such driving is strictly prohibited.” said a recent tweet from Omoshiro.

So far, Hamilton hasn’t made a statement about the incident, nor has he publicly addressed Omoshiro. However, Omoshiro did release a statement to CarBuzz. The statement claims that the video was made during the F1 Japanese grand prix weekend and that either Hamilton, or parties related to him, rented the car. no further details could be discussed, as it’s currently an ongoing legal matter.

The video was awesome to watch—it’s always cool seeing an F1 driver driving a sports car legend on the road—but it obviously isn’t wise to post yourself engaged in that level of hoonage on public roads, in a rented car. Not only is it dangerous, it can damage a car that isn’t yours. Although, Omoshiro couldn’t comment on whether the car was damaged from Hamilton’s driving.

The post Lewis Hamilton Hooned a Rented R34 Skyline and its Owners Aren’t Happy appeared first on The Drive.