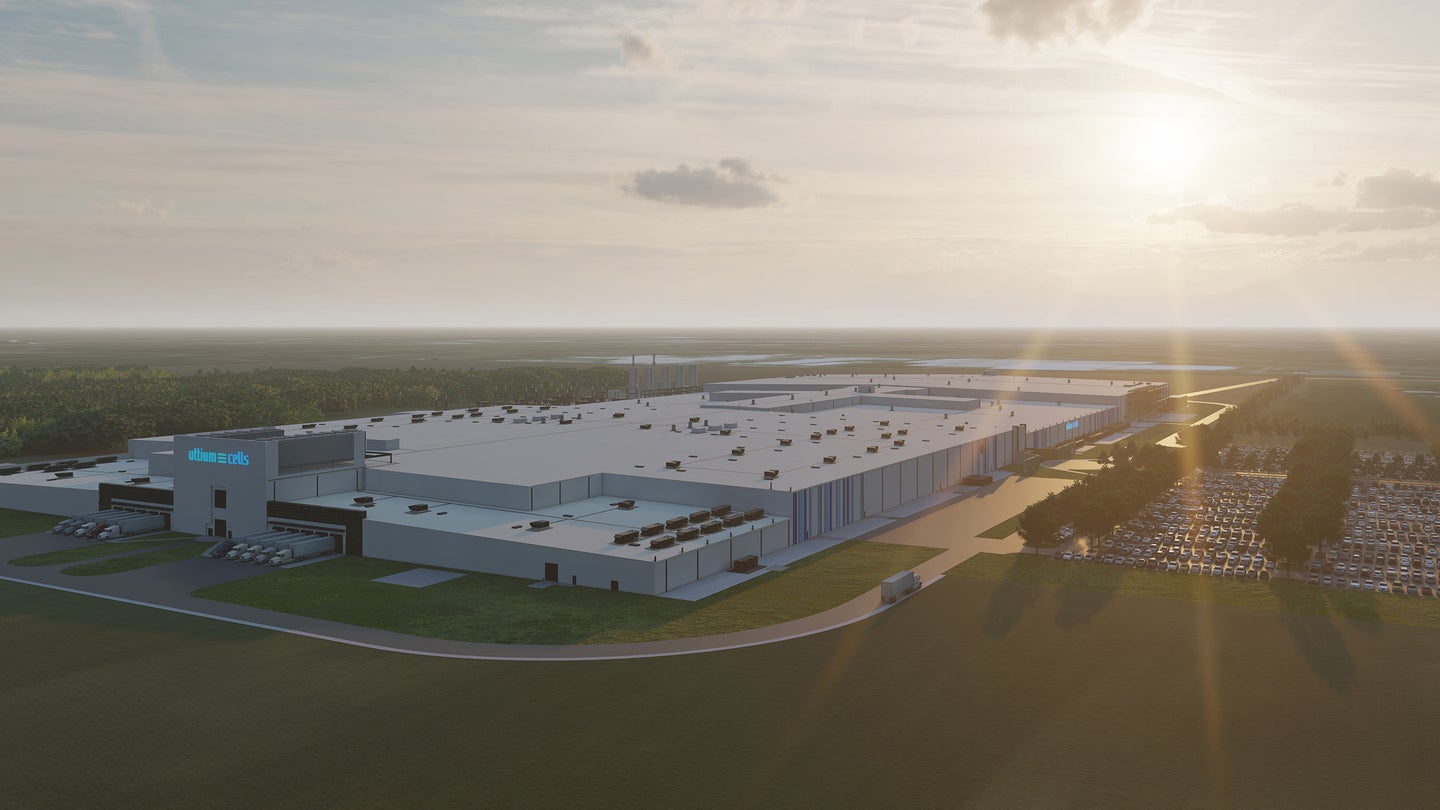 The Ultium-branded plants will be in Tennessee, Michigan, and Ohio and create more than 11,000 jobs in those states between the construction of the plants and operations tasks. The money is part of a larger package of loans and grants passed earlier called the Advanced Technology Vehicles Manufacturing program. That initiative and more than $14 billion set aside in the wide-ranging infrastructure law passed one year ago, aims to spur manufacturing and mining in the U.S. and North America for electric vehicles and batteries.

This summer, federal officials announced their intention to loan GM and LG money to manufacture pouch cells using nickel, manganese, aluminum, and cobalt chemistry to reduce dependency on foreign-mined minerals, increase range, and reduce overall costs. GM has said that it aims to build and sell 1 million EVs in North America by the end of 2025 using its Ultium batteries and platforms.

“DOE is flooring the accelerator to build the electric vehicle supply chain here at home—and that starts with domestic battery manufacturing led by American workers and the unions that support them,” U.S. Secretary of Energy Jennifer M. Granholm and former Michigan governor said in a statement. “This loan will jumpstart the domestic battery cell production needed to reduce our reliance on other countries to meet increased demand and support President Biden’s goals of widespread EV adoption and cutting carbon pollution produced by gas-powered vehicles.”

Since it was passed, the Inflation Reduction Act and its associated EV tax credit requirements have spurred a flurry of EV battery facility announcements in the U.S. from automakers such as BMW, Volkswagen, GM, Ford, Hyundai, and Kia.

The post LG, GM Secure $2.5B Loan From Feds for Ultium EV Battery Facilities appeared first on The Drive.