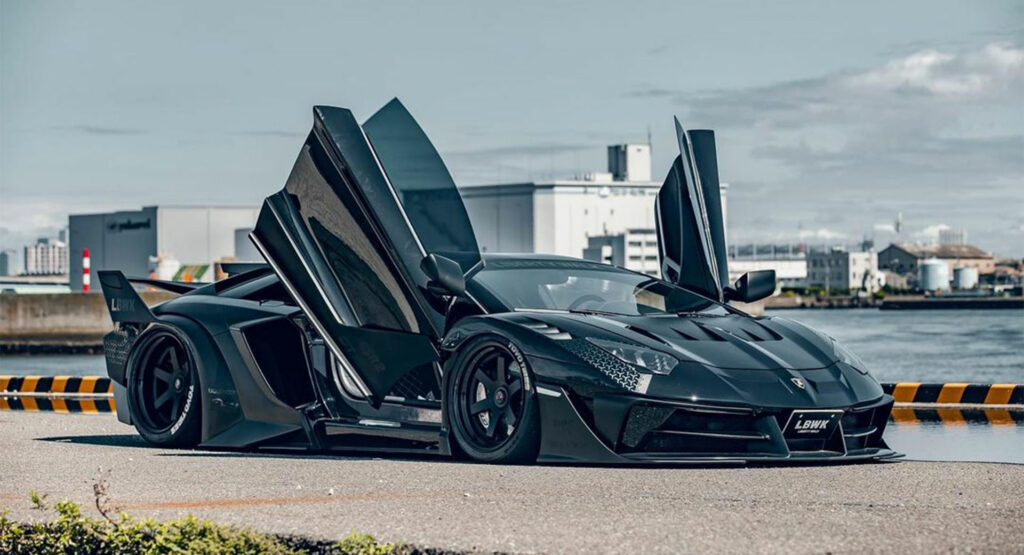 In the not-too-distant future, the long-awaited successor to the Lamborghini Aventador will be launched. It will inevitably offer more performance than its predecessor. However, even though it will take over the Aventador’s mantle, the current V12 monster will long remain a favorite among tuning companies.

Among the best-known tuners to frequently work on the Aventador is Liberty Walk. The Japanese company has experience upgrading some of the planet’s most potent performance cars and not too long ago, released its wild GT EVO bodykit for the Italian supercar. This all-black creation is the latest to receive this kit.

Read Also: This Lamborghini Aventador from Liberty Walk Is Also A Real Show-Stopper

Things start at the front end where Liberty Walk has fabricated a pronounced splitter for the Lamborghini, while also overhauling the bumper. It has also been equipped with a new hood and benefits from flared wheel arches that sport aerodynamic louvers at the front.

As dramatic as the front end is, it is the side profile that’s perhaps the most outlandish. The addition of the new wheel arches, as well as distinctive rocker panels and side skirts, aftermarket wheels, and an air suspension system, dramatically transform the Aventador’s presence on the road. For many, it would be too much but for the 20 individuals who have purchased GT EVO kits, it makes their Aventador look almost dramatic as a Veneno, but for much less money.

The rear end is also extremely outlandish, thanks to the presence of a large fixed rear wing, a shark fin running along the engine cover, a bold diffuser, and a new bumper. 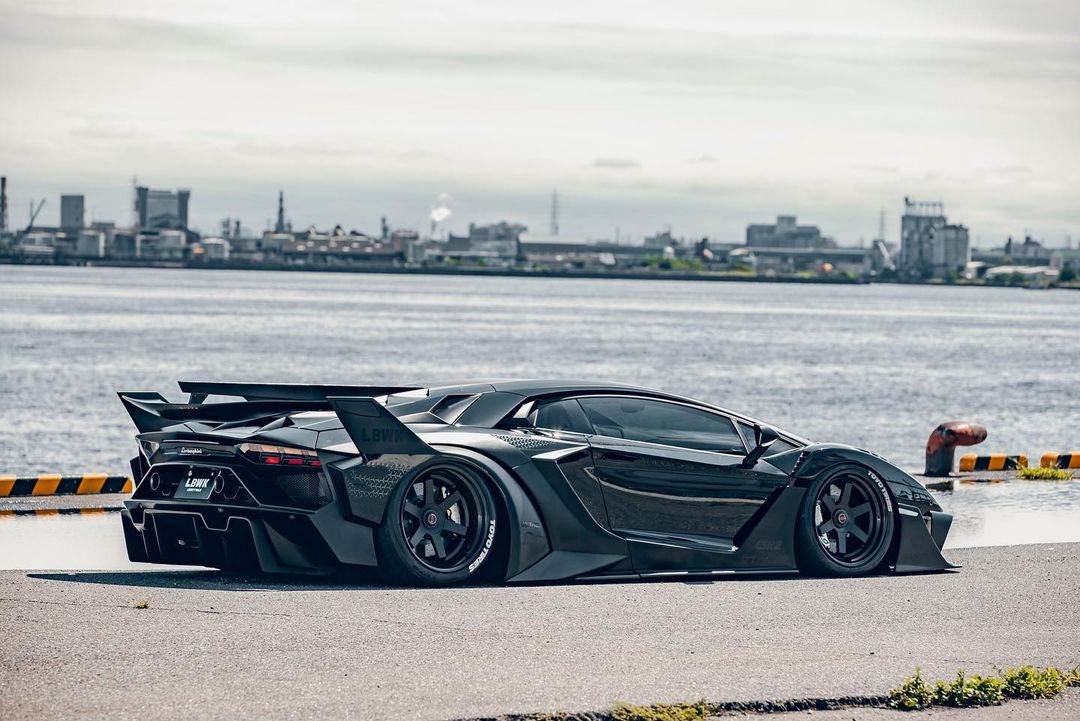