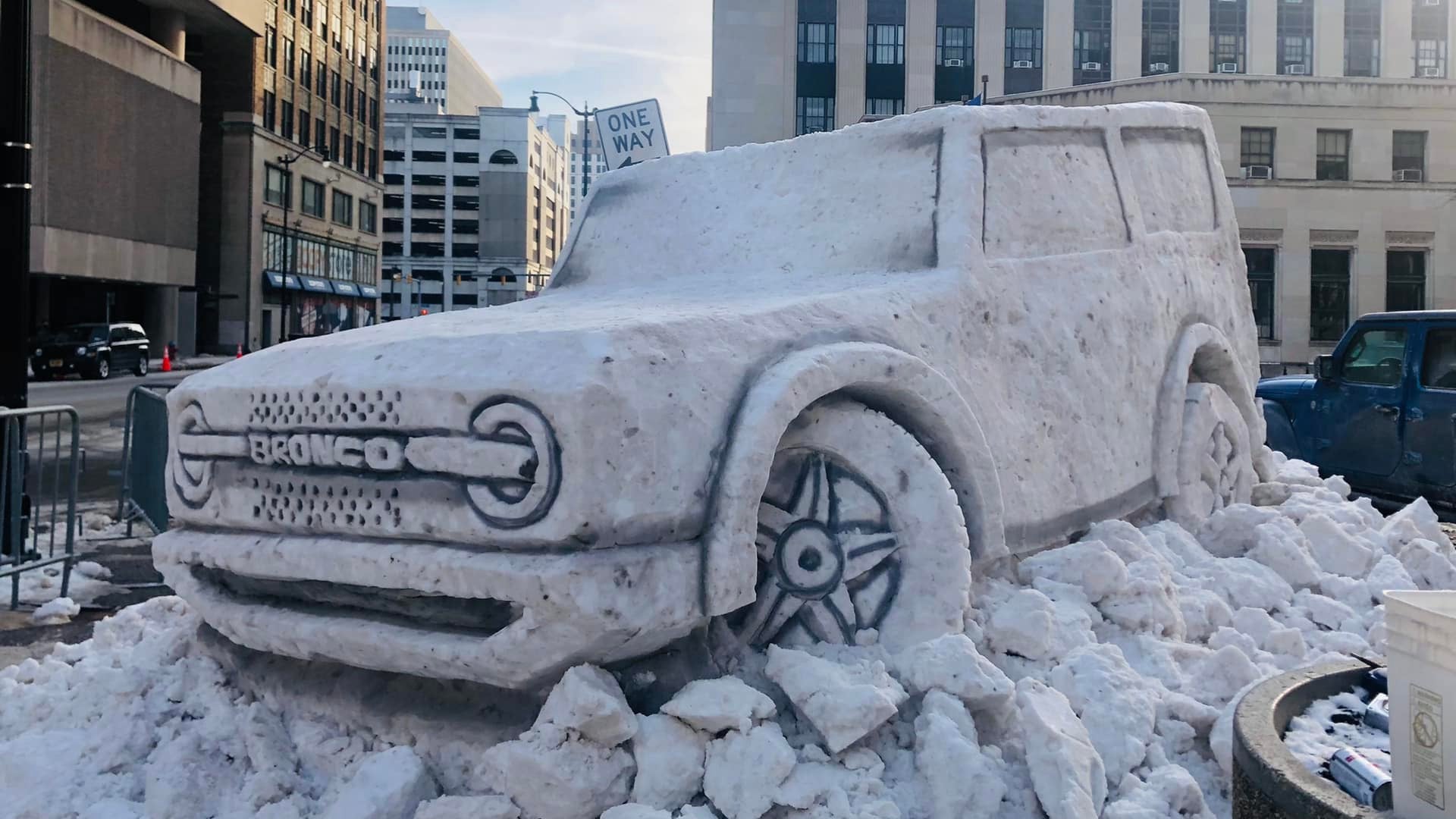 There’s been a lot of buzz on the internet around Ford Broncos and snow lately. While those stories have been less than stellar for the off-roader, it certainly hasn’t kept it from flying off dealer lots in spectacular fashion. And now, I’ve got something to show you that I think you’ll find pretty chill—pun intended.

New York artist Eric Jones’ specialty is creating captivating caricatures, though Jones often likes to dabble in the third dimension with his art, creating “temporary” sculptures for the public to enjoy until they fade away. One such example is a recent recreation of a Ford Bronco carved from the snow piled outside of the Buffalo Niagara Convention Center.

Attendees visiting the Buffalo Auto Show last week were greeted by one of Jones’ masterpieces. Snow piled in front of the convention center was used to create a life-sized, two-door Bronco which appeared to be working its way over rocky terrain, full-lock front wheels and all. Jones told local ABC affiliate WKBW that he specifically chose this angle to make it look like the Bronco is descending a hill towards the entrance of the auto show.

I’d like to imagine that sourcing the snow for this project wasn’t much of an issue, given that Buffalo racks up an average of over 95 inches of the white stuff annually, but that didn’t make it any easier to actually sculpt. Jones said that the project—which he says is his most complex carving in his 21 years of professional art—took him five whole days to complete, and despite the painstaking time it took to make the finished piece, he’s completely okay with it just melting away in the coming weeks.

“I prefer carving things that are very temporary,” Jones told WKBW. “Pumpkins, I do sand, snow, ice. I like things that melt, wash away and rot. I’m more interested in the process of carving than in the product. There’s something beautiful about art that’s temporary. There’s a buzz and energy to it to come and see it and enjoy it.”

This isn’t the first time we’ve seen an artist carve some rather interesting auto-related sculptures. While Jones’ creation doesn’t have any crazy moving parts and can’t be driven on the road, it’s still an incredibly cool piece of art built from a fun medium. And if you’re interested in seeing more work by Jones, he posts them frequently on his Facebook.