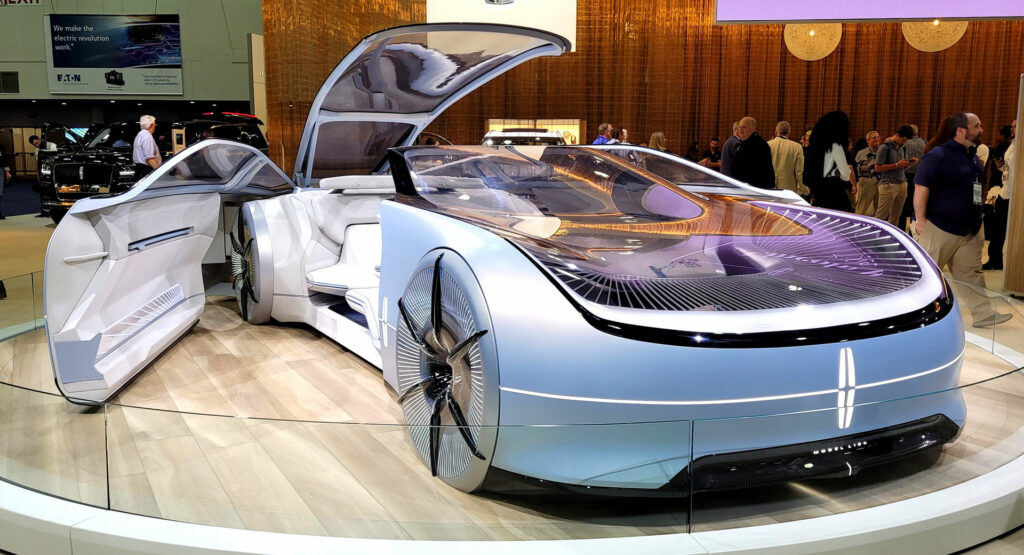 When Lincoln unveiled its latest concept car in August, the Model L100, it wowed with its streamlined shape and exuberant design. Now, we’ve had the opportunity to see the study up close at the Detroit Auto Show.

Some of the concept’s features remain pretty cool, if a little impractical. Our live photos from the Detroit auto show floor reveal just how much the car opens up to occupants.

With everything from the A-pillars back cracking open like a beetle’s shell, including the roof, it does look like an easy car to get in and out of. And that’s to say nothing of the hood, which is made of glass to keep the cabin feeling airy and light.

Read More: Lincoln Model L100 Concept Is A Futuristic Look At An Autonomous Electric Coupe That Opens Like A Ladybug

A new video, though, features an actual human model demonstrating how people would actually interact with the car, and things are… well, kind of awkward. Most, if not all, concept cars are more focused on design than they are on actual usability, but many of the features that Lincoln envisions as being design improvements look really uncomfortable in this video.

From the very beginning, when the model has to wave her hand over the hood for an unusually long amount of time in order to open the door to the design-y seats that look cool, but I’m sure would make you ache after more than a few minutes in them, it all looks a little graceless.

Even the light up floor that looks more like it belongs in Saturday Night Fever than in a car would become irreparably grimy after your first winter with the car. The most awkward feature of all, though, is the “chessboard” control panel. 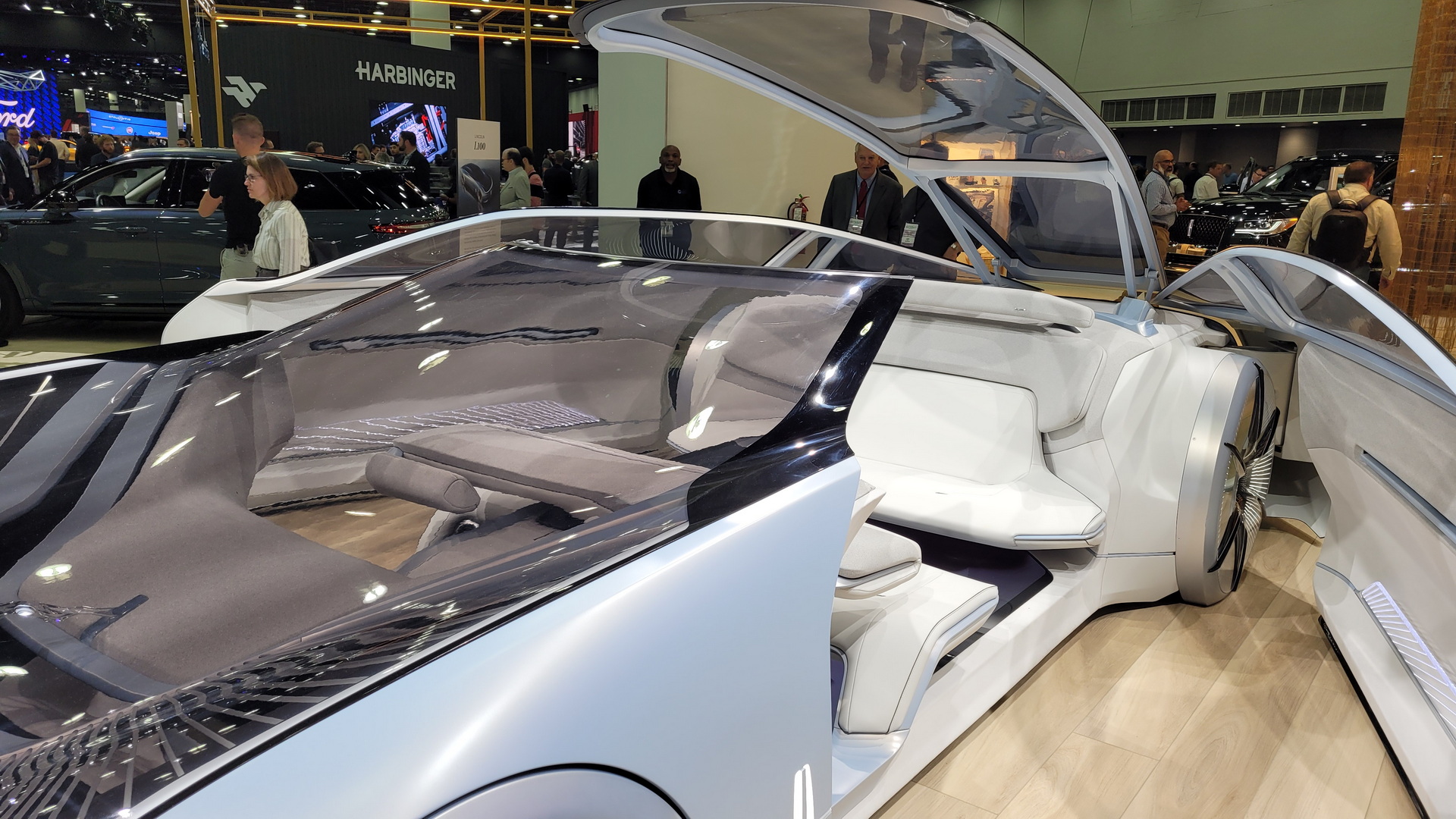 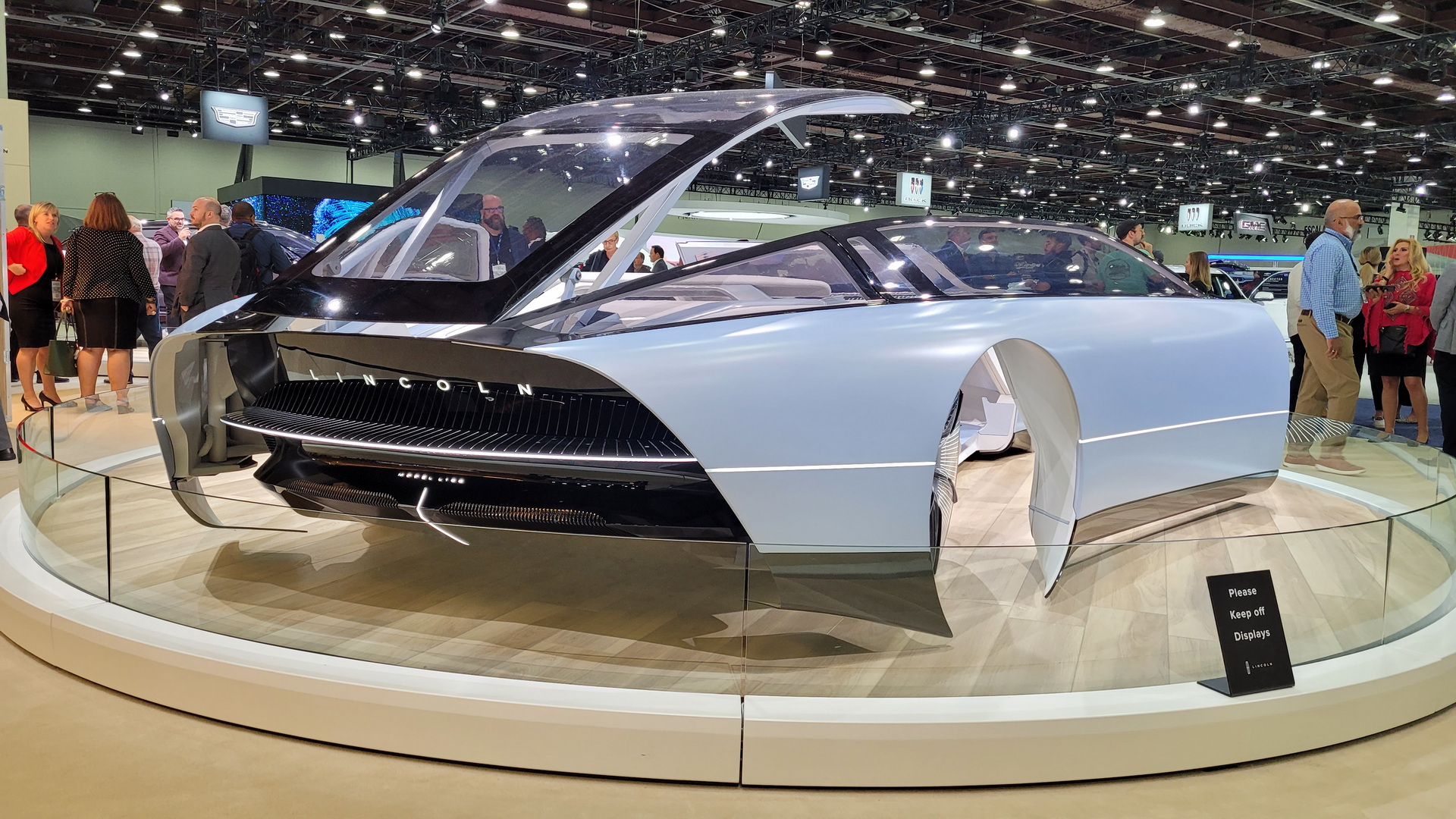 A touch screen that lays flat in the middle of the car, it reminds me more of one of those Pac-Man tables than a chess board. But seeing the model do her best to look sophisticated and cool as she slides a toy car so far across the screen to select a location is just weird.

Even in this idealized video, it’s unclear how you’d easily pick a precise location with the massive toy car. And what happens when the car starts going and the chess piece inevitably slides across the screen and off the location you selected?

Fortunately, for now, the car remains firmly planted in the world of the conceptual, more of a look into Lincoln’s design aspirations than any particular coming model.