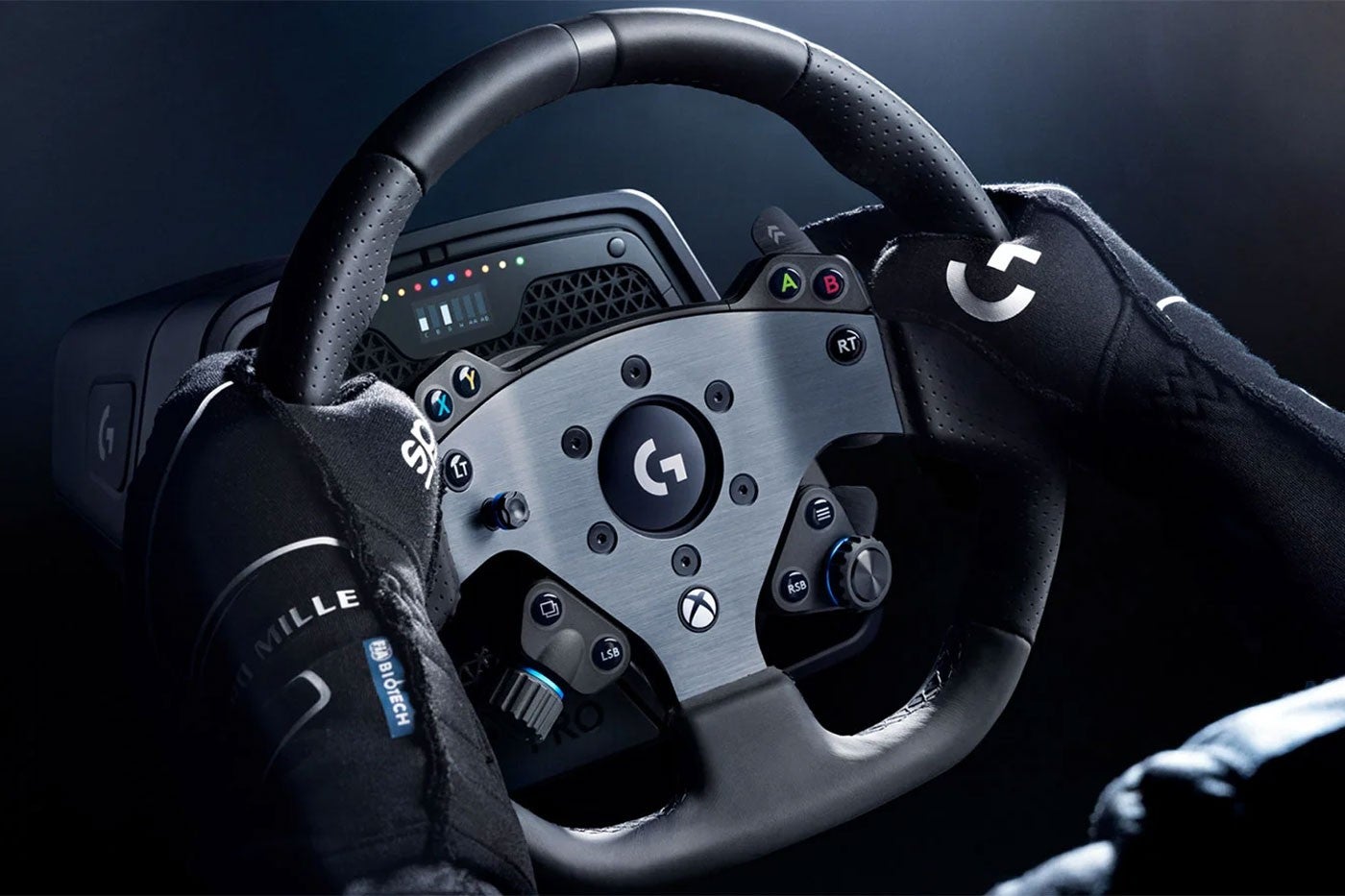 Sim racing has been around for a while, but it only just recently achieved critical mass. Before the pandemic and lockdowns of 2020, sim racing was largely a niche activity. Now it has the limelight and there are more wheels, pedals, accessories, and ways to get into sim racing than ever before. Logitech has finally thrown its hat into the more serious sim racer arena with the Logitech G PRO Racing Wheel.

Logitech has been in the entry-level sim gear market for 16 years. Starting with the G25 gear-driven force feedback wheel in 2006, the Swiss-American company evolved that same basic concept into the G27 in 2010, then the Logitech G29 and Logitech G920 in 2015. It was also one of the first wheels to have a clutch pedal and optional H-pattern shifter, starting with the G25.

What’s made Logitech stick around for so long is its very specific positioning in the simulator market. The G29 and G920 were always the most affordable force feedback wheel, which democratized sim racing for anyone with a console and some basic racing games. Where a G29 with pedals and shifter could be as cheap as $300 ($200 right now with Black Friday sales), other makers of sim hardware like Fanatec and Thrustmaster often charged hundreds of dollars more for just the wheelbase without pedals. The G PRO wheel is Logitech’s first attempt at something higher-end in recent memory.

And sim fans have been asking for an affordable way to get into a direct drive wheel. Direct drive means the electric motor that provides force feedback directly moves the wheel. Historically, wheels were belt or gear driven because of the torque capacity of older electric motors; the gears and belts would effectively act as a gearbox to strengthen the force feedback.

With the G PRO, Logitech has come out with some heavy swings. It claims 11 newton-meters of torque from the wheel, which is higher than the Fanatec CSL DD’s 8 nm with an optional booster pack. The form factor of the wheel is also odd for a direct drive. It’s quite short and wide whereas the usual direct drive wheel is narrow but long. The biggest departure is the price: $1000 for the G PRO wheelbase only. The PRO racing pedals are an additional $350.

This places it smack in the middle of the market. Fanatec undercuts it with the less feature-packed $850 CSL DD, while every other direct drive offering is more expensive or highly proprietary hardware for PC only. The big advantage of the Fanatec system is the modularity and friendliness to modification. So far, the G PRO looks like a more integrated, non-modifiable ecosystem for the discerning sim racer. But that’s also where the cost savings come in. The G PRO has a clutch pedal and much stronger torque than the CSL DD, but the CSL DD has more neat Fanatec accessories and a much higher-quality optional pedal set.

But what matters most is how it performs and feels in the simulator, which is a post for the future. For now, just be glad that there are more options than ever for sim racing nerds like you and me.

More from The Drive