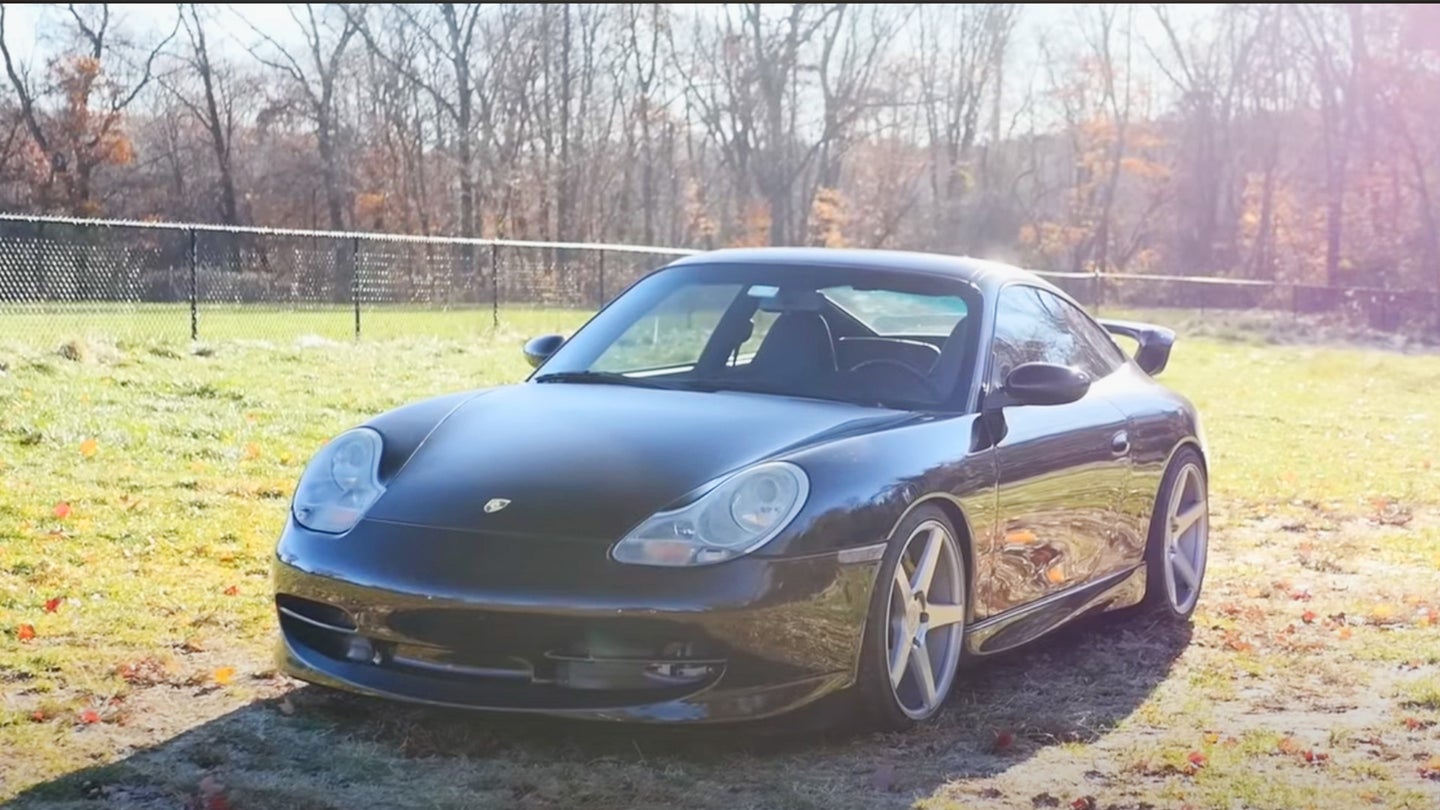 Swapping more powerful engines from other manufacturers into project cars is nothing new, but stuffing an Audi 2.7T behind a Porsche 911‘s rear wheels might be. Renn27 is doing just that, and it’s a cheat code to make a Porsche 911 Turbo for potentially far cheaper than buying a factory-created version.

The company offers guidance and swap parts to make this possible, and the benefits are tantalizing if the engine bay belongs to a 996-generation 911.

The reason being is the Metzger-equipped 996 911 Turbo currently fetches a pretty penny, at least one that’s in overall clean, taken-care-of condition. But the 996 Carrera 2 or 4 is far more common and much cheaper. In fact, it’s possible to pick one up in good shape for around $20,000—that’s at auction pricing, too.

The swap offers the chance to right some of the 996’s wrongs, too. The M96 engine behind the rear axle is a good engine but can develop some pricey issues, especially if it hasn’t been well-cared for, including the dreaded intermediate shaft bearing debacle.

The Audi 2.7TT is a great engine to anyone who’s truly familiar; it helped the B5 S4 secure legend status among enthusiasts. This V6 lump can be tough to work on, but an engine-out service with fresh seals, timing components, and some mild reliability mods make it a real tank. Just stay on top of regular fluid changes.

Renn27’s strategy—because it’s an engine swap—makes all this servicing easy and even includes going with a single turbo setup and air-to-water intercooler, presumably for packaging concerns. The company boasts that this spec is good for 100,000 miles post-freshening and is ready to make in the ballpark of 500 horsepower reliably. Mating it with Porsche electronics is easy, too, since both the B5 S4 and 996 911 utilize Bosch Me7 engine management. Partner company 27Swap makes combining forces a snap.

Check out the video that Renn27 whipped up on their YouTube channel that discusses every aspect. The two companies’ websites and Facebook and Instagram have an immense amount of info on them, too, including more swap potential for the 2.7.

The post Make Your Own 996-Generation Porsche 911 With a Legendary Audi Engine appeared first on The Drive.