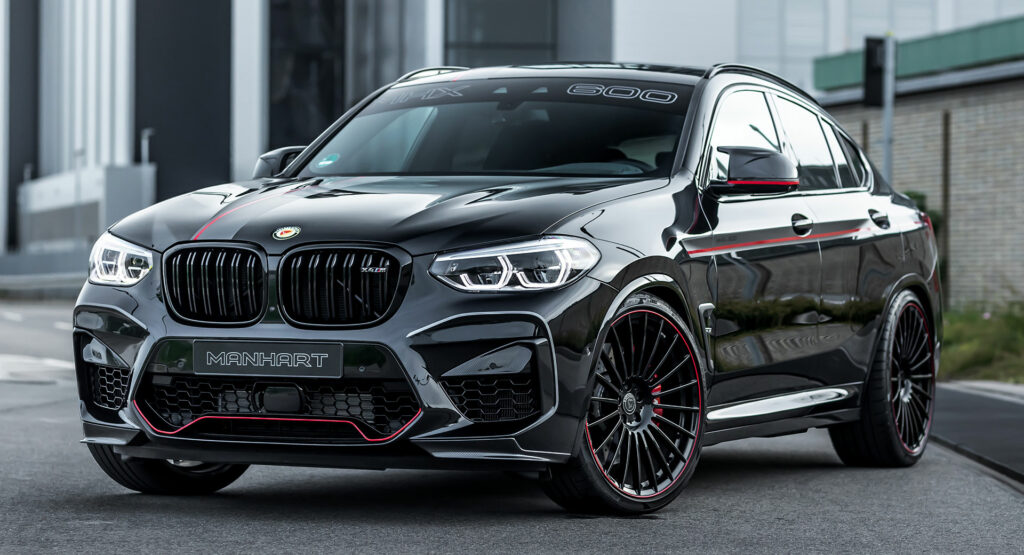 Not too long ago, the idea of a compact luxury SUV with over 600 hp was unthinkable but thanks to the crew over at Manhart, that’s exactly what we have in the form of a newly-released BMW X4 M Competition.

Named the MHX4 600, the tuner’s take on the German sports crossover is packed with performance and visual upgrades. It shows what BMW’s M division could potentially cook up were it allowed to produce an X4 M with performance to match, if not exceed, that of the X5 M Competition and X6 M Competition. 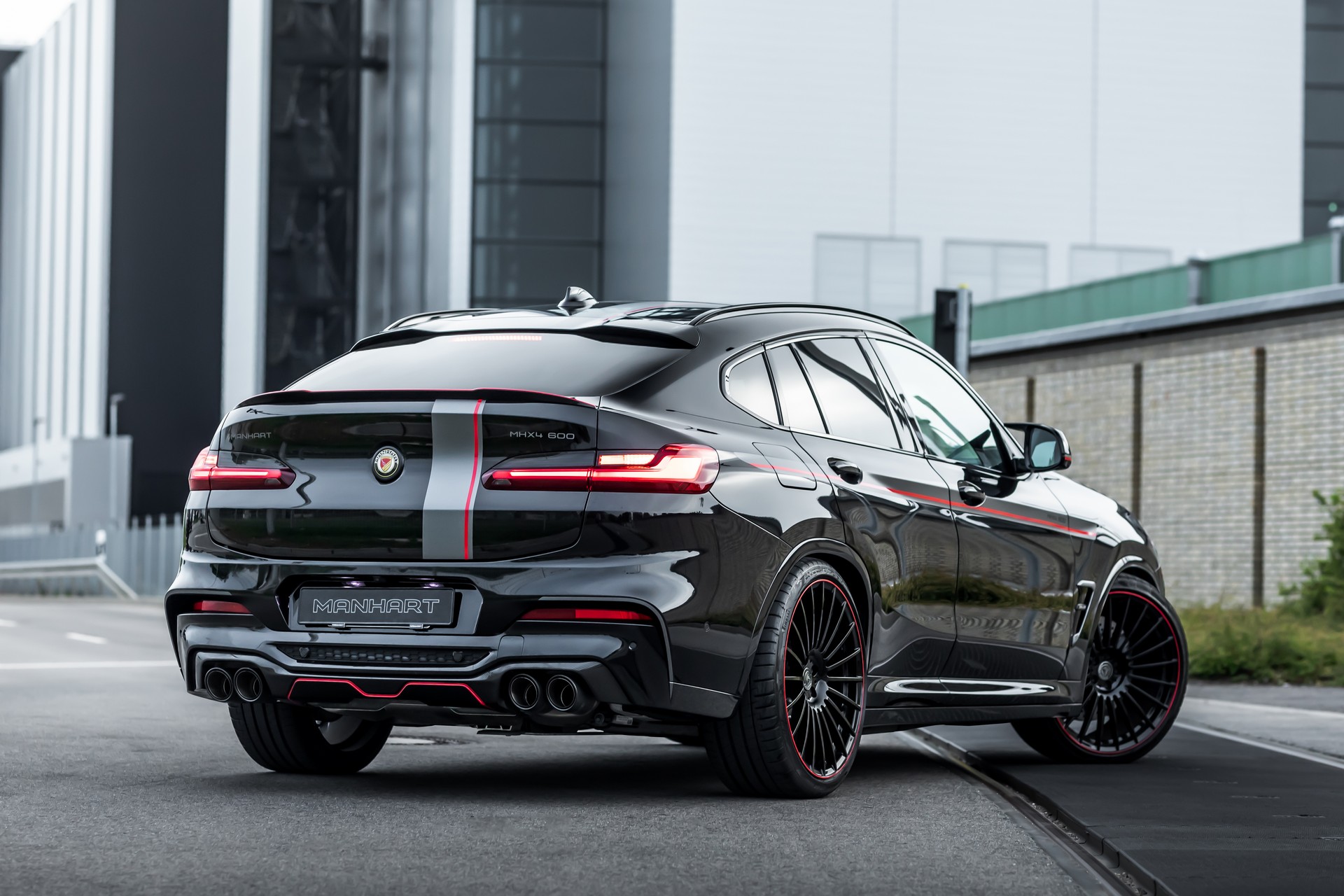 Modifications started with the 3.0-liter twin-turbocharged six-cylinder that is good for an additional 125 hp and 99 lb-ft (135 Nm) of torque over the standard model. This results in 635 hp and 579 lb-ft (785 Nm) of torque and has been achieved through the fitment of an MHtronik powerbox or ECU remapping, the fitment of a stainless steel exhaust system, optional race downpipes without catalytic converters, or sport downpipes with 300-cell cats.

Manhart hasn’t disclosed how ferocious the MHX4 600 is off the line but a standard model can hit 62 mph (100 km/h) in as little as 3.7 seconds so this one will be even quicker than that.

Various other performance upgrades have also been made. These include the installation of H&R lowering springs that reduce the ride height by 30 mm (1.2 inches). The tuner can also upgrade the brakes should customers tick some options. 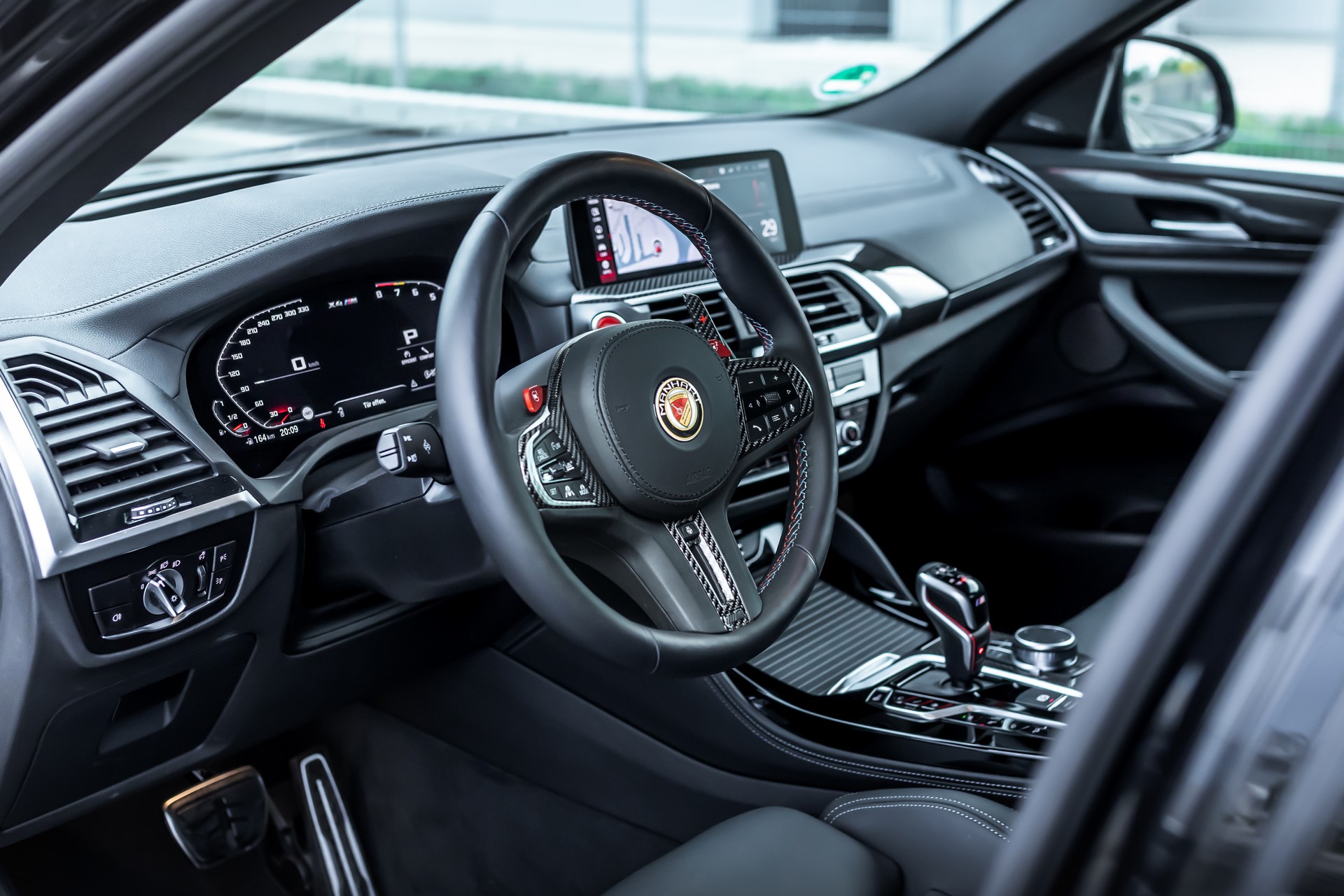 Rounding out the exterior changes is an eight-piece carbon fiber kit that includes a front splitter, side skirt extensions, mirror caps, a rear diffuser, and front air intake shrouds. Custom touches can also be made to the interior at a buyer’s request.