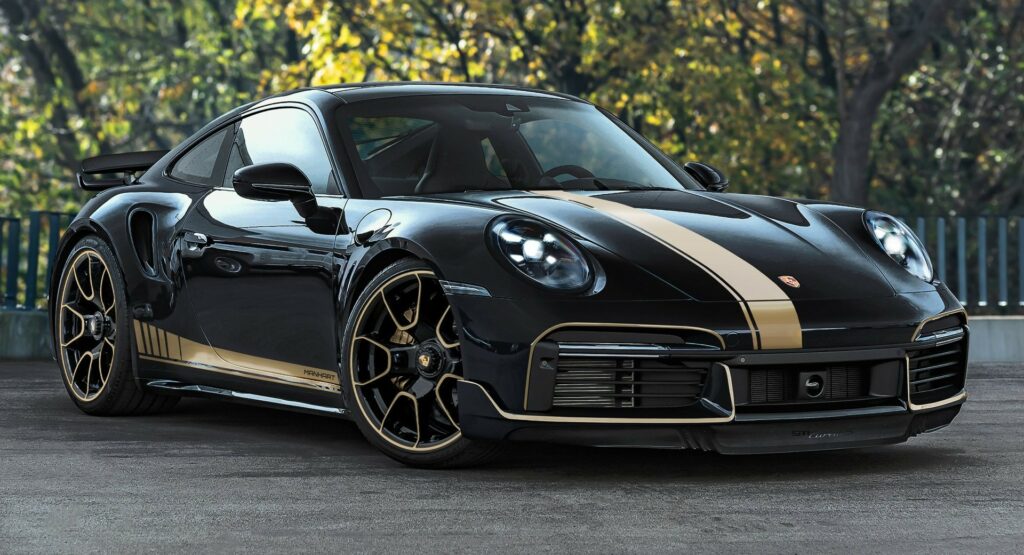 Manhart has a habit of teasing its future products with a couple of renderings and some specs. This is exactly what they did for the upcoming Manhart TR 750, a tuned Porsche 911 Turbo S with increased power output and chassis upgrades.

Visually, the Porsche 911 Turbo S already has a pretty aggressive bodykit, so Manhart was limited to adding a special livery. The tuner’s signature decal set adds gold accents contrasting with the black bodywork and highlighting the details of the supercar killer. Manhart’s 992 Turbo S sits lower to the ground by 30 mm (1.2 inches) thanks to a new set of H&R springs. It also sounds angrier with the help of a Kline exhaust system with 200-cell downpipes.

See Also: This Porsche 911 Turbo S From TopCar Is Wearing Nothing But Green Carbon Fiber 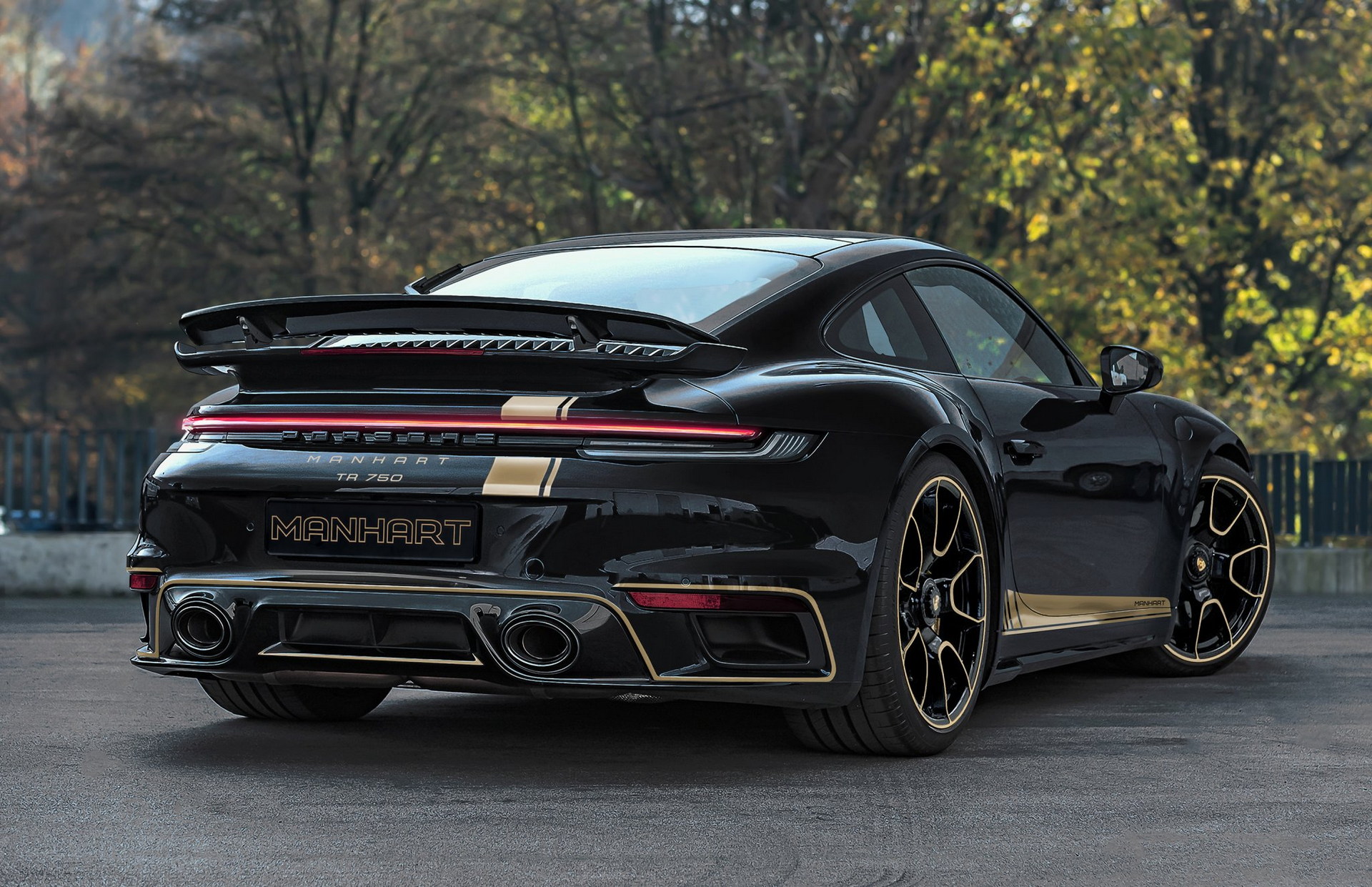 More importantly, the tuning package increases the power output of the twin-turbo 3.8-liter flat-six engine to a meaty 740 hp (552 kW / 750 PS), sent to all four wheels through the eight-speed PDK dual-clutch transmission. This represents an increase of 99 hp (74 kW / 100 PS) over the stock model, made possible only thanks to Manhart’s ECU software remap. This means that the hardware remains unchanged, showing the potential of this engine. Note that Manhart had taken the previous-gen Turbo S (991.2) up to an even more impressive 838 hp (625 kW / 850 PS).

While the tuner didn’t announce the estimated performance figures, we guess that the power bump will have a positive effect on the numbers. Mind you, the Porsche 911 Turbo S accelerates from 0-100 km/h (0-62 mph) in 2.7 seconds and has a top speed of 330 km/h (205 mph) right from the factory, so the tuned example should be even faster.

Pricing for the TR 750 is not yet disclosed, but the 911 Turbo and Turbo S are already pretty expensive, so most of the prospective customers should be able to afford the tuner’s kit anyway. Would you take your 911 to Manhart or opt for another tuning package? 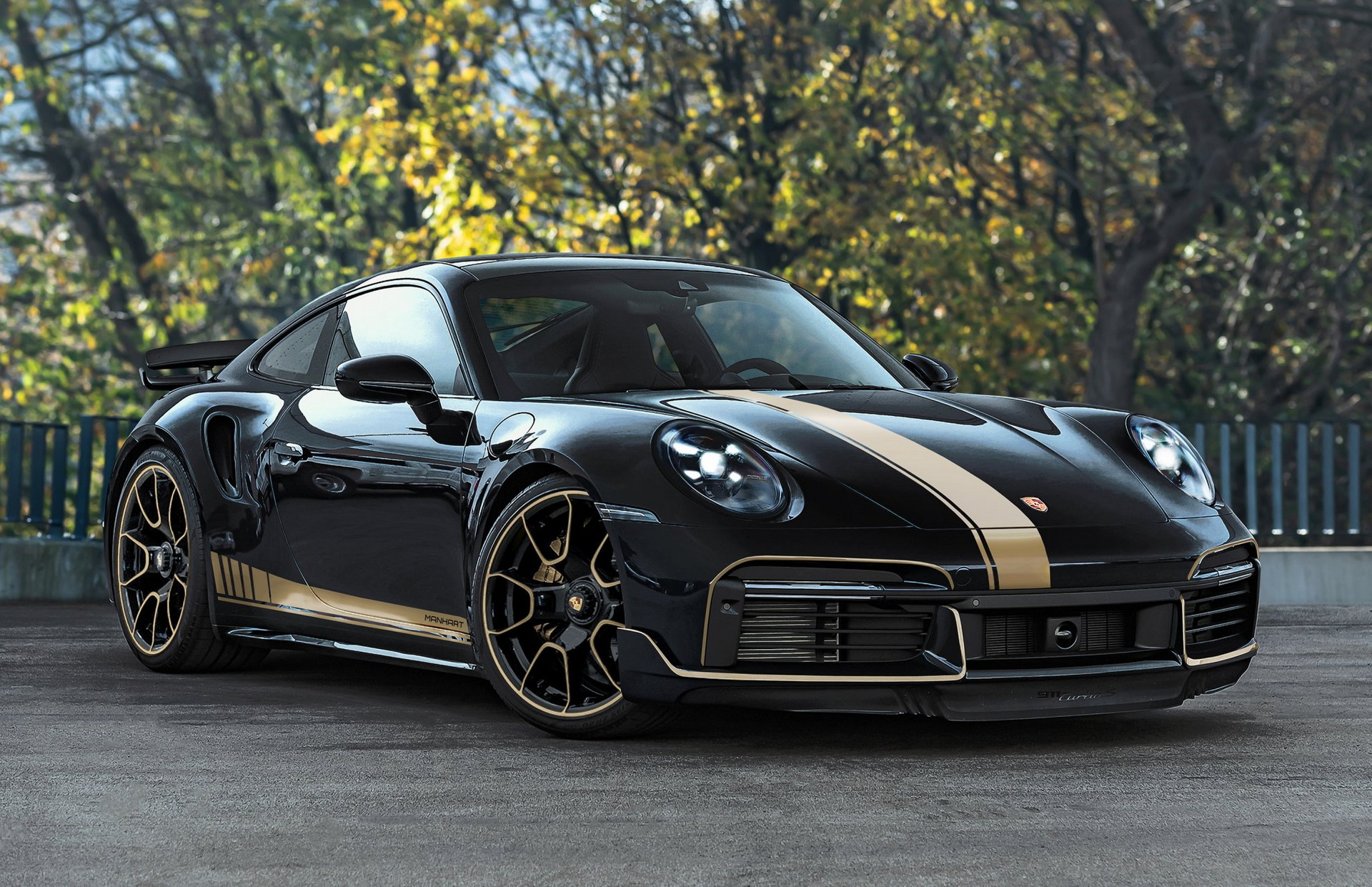