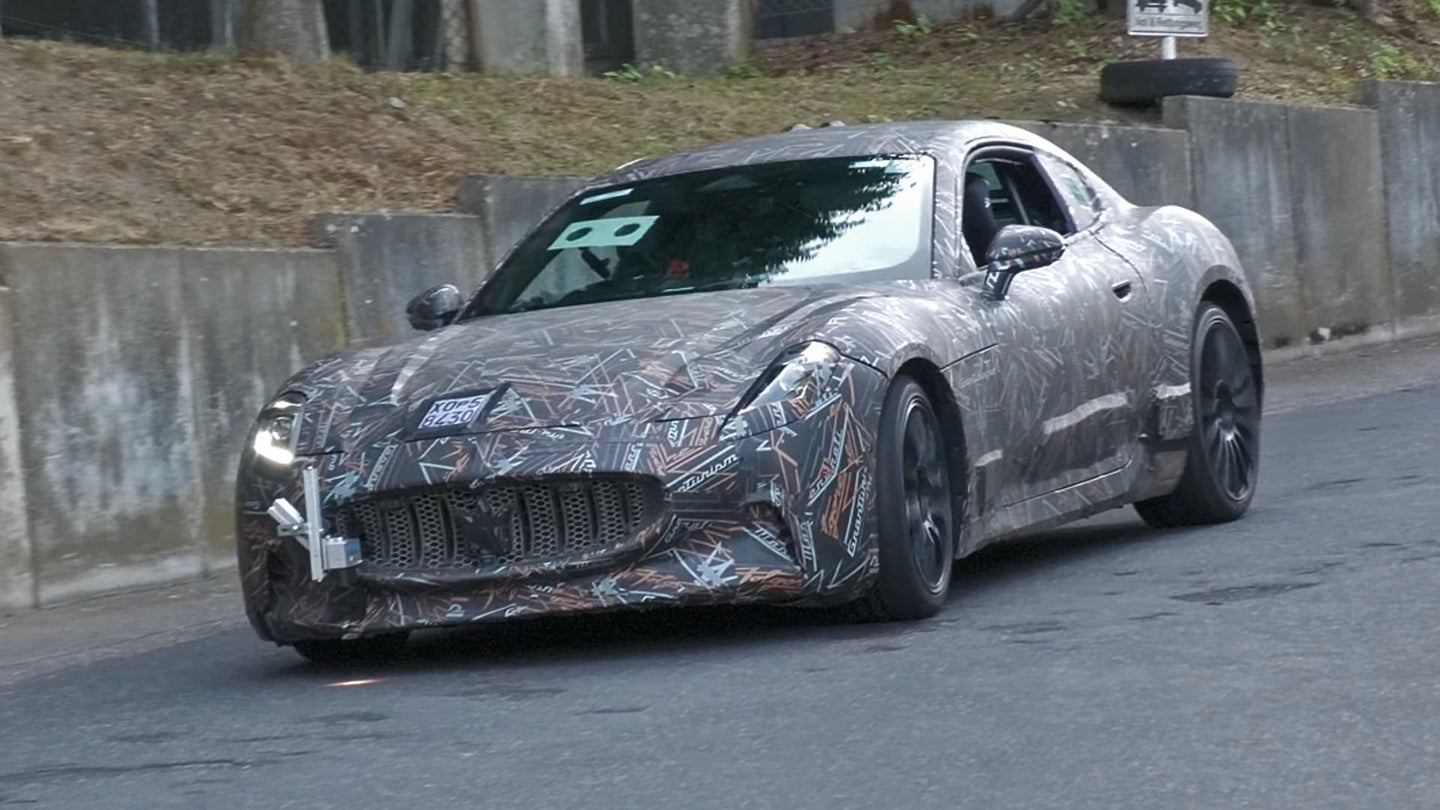 Maserati’s lineup got a boost with its new MC20 supercar, but it has to start electrifying. It’s already shown us its aesthetically challenged Grecale Folgore electric crossover, but this is Maserati, after all. There’s an updated, electric version of its Gran Turismo sports car on the way as well, and it was just spotted testing at the Nurburgring on Monday, Aug. 1.

Aesthetically, it’s a win. It lacks the telltale battery pack bulge so many other EVs have. It also looks similar to the handsome but elderly last-generation Gran Turismo, but it’s a bit more refined and a whole lot quieter. The lack of exhaust tips, exhaust note, and stickers indicating a high-voltage battery is onboard gives away the car’s underpinnings.

Maserati has indicated in the past that this vehicle is on its way. It even previewed a version of the car with similar form-obscuring camouflage before, being driven by none other than Stellantis CEO Carlos Tavares. The automaker claims it will have “way over” 1,200 horsepower thanks to a three-motor drivetrain sending power to all four wheels. The company’s Americas CEO also told us it will sound like a Maserati despite being electric, saying “we have a solution.” You can take a listen to the video below to see if it hit the mark.

As a BEV, the Gran Turismo Folgore will likely be heavier than its internal combustion-powered sibling, which already weighs around 4,000 pounds. The automaker claims it’s using lightweight materials in an attempt to tackle the weight of the electric drivetrain.

Maserati claims the electric Gran Turismo will arrive in 2023 alongside a Gran Cabrio, which is likely to be a convertible version of the same car. Electric versions of the MC20, Levante SUV, and Quattroporte sedan are likewise expected by 2025. Similar to Cadillac, Maserati plans to be fully electric by 2030, which is closer than you think.