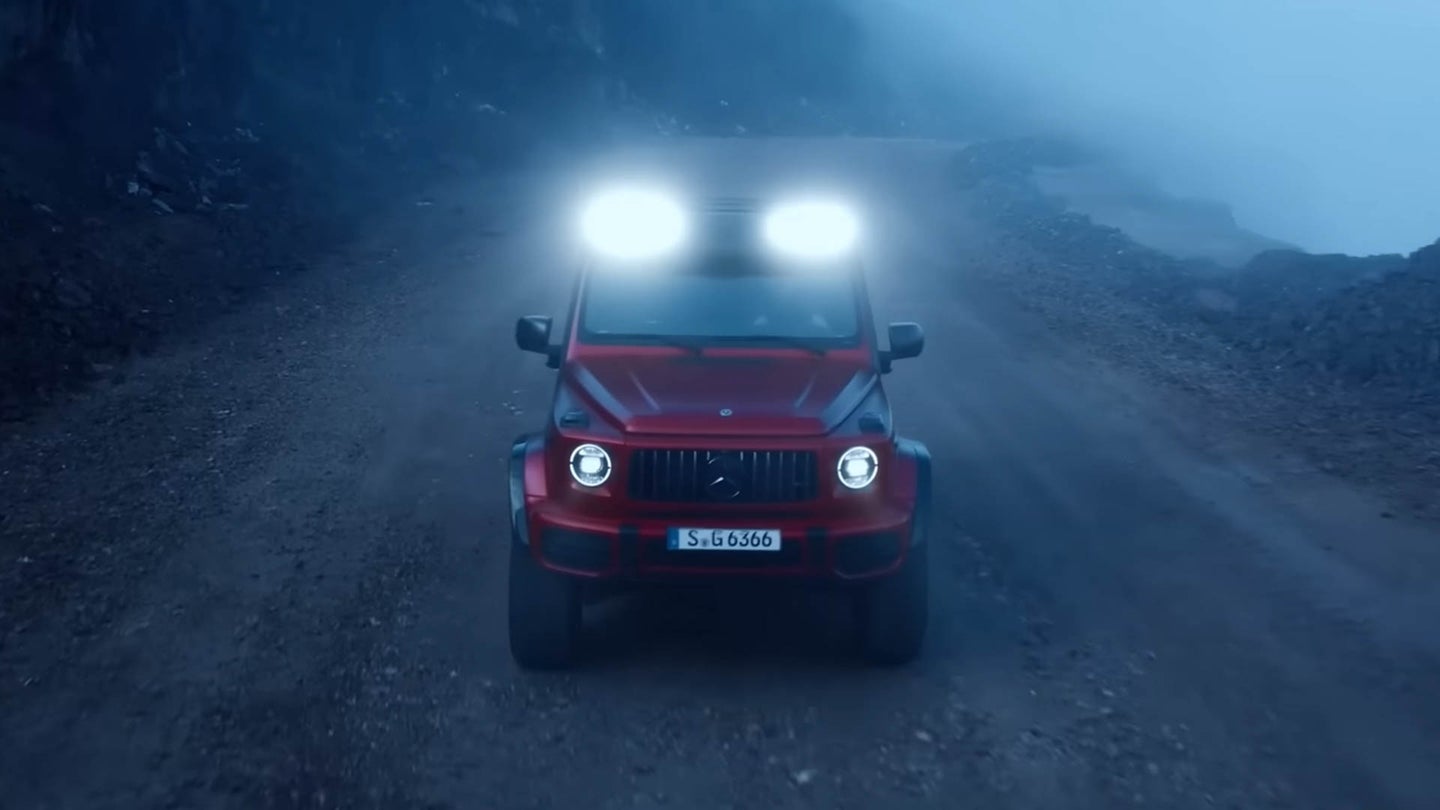 America is the country most known for its lifted trucks and SUVs but it’s actually a German brand that has one of the craziest factory off-road SUVs on the planet, the Mercedes-AMG G63 4×4², and it’s back for the new generation of G-Class. What makes the G63 4×4² different from the standard version? Two words: portal axles.

Like the previous-generation 4×4² and 6×6 G-Wagons, the new G63 4×4² uses portal axles to raise its ride height by ten centimeters (just about four inches), giving it even more ground clearance and off-road capability than the already capable G-Wagon. More importantly, though, it raises the axle height as well. With portal axles, the actual axle sits higher than the wheel center, and is connected to the wheel carrier using spur gears. A higher axle height allows for even better ground clearance and better off-road maneuverability. Interestingly, Mercedes switched the old straight-toothed spur gears with helical gears, making them quieter and smoother. And because the distance between the axle and the body remains the same as the standard car, wheel articulation is unchanged. While the previous G-Class was offered with portal axles, this is the first one to combine both said axles and independent front suspension.

To understand just how much more capable the G63 4×4² is than the standard G63, just look at the numbers. The standard G63 has an approach angle of 27-degrees, while the G63 4×4² has a 41.3-degree approach angle. The standard departure angle is 29.6-degrees and the new one is 36.8 degrees. Ground clearance is now 351 millimeters, versus the old 238 millimeters and the new car’s fording depth is 910 millimeters, while the standard car’s is 700 millimeters. So they might seem like a silly marketing gimmick but portal axles are no joke and genuinely increase the G-Wagon’s capabilities.

In addition to the portal axles, the G63 4×4² also gets a few other goodies to differentiate it from standard G-Wagons. For instance, it gets extended wheel arches and a front windshield spoiler, both finished in carbon fiber. The latter also comes with integrated LED light strips and, if you choose the optional black roof rack, the windshield spoiler gets a bit longer to cover the rack and reduce wind noise.

As always with G-Wagons, there are multiple locking differentials. However, this time the center diff is actually a multiplate clutch that can engage a 100-percent locking effect with the push of a button. Otherwise, its normal all-wheel drive torque split is 60-percent rear, 40-percent front. The front and rear differentials can also be 100-percent locked if the driver chooses and all diffs can be locked individually, as well as independently of either low or high range.

Mercedes claims the new G63 4×4² is also the most customizable G-Wagon ever. There are over 40 paint options, as well as many interior options, such as trim, steering wheel, and leather options. There’s also an AMG Night Package, which brings black exterior trim, a dark chrome grille surround, 22-inch forged wheels, and darkened headlights and taillights. The Night Package II, in addition to the first night package’s features, gets black badges, (including the massive three-pointed star), “V8 BITURBO” lettering on the front wings, and “AMG” lettering in the front grille.

Under the hood, very little is changed from the standard G63, which means it gets the same 4.0-liter twin-turbocharged V8 but power has been bumped from 577 horsepower to 585 horsepower. Torque remains the same, at 627 pound-feet and the nine-speed automatic gearbox remains.

The Mercedes-AMG G63 4×4² is one of the most absurdly unnecessary, yet utterly awesome, cars on the road. So few customers will ever take their G-wagons off road, especially ones as rare and expensive as the G63 4×4², but it’s kick-ass to know that it exists and Mercedes-Benz is still willing to make it.

The post Mercedes-AMG G63 4×4 Squared Returns with Portal Axles and a 585-HP V8 appeared first on The Drive.