Mercedes Boss Says They’re Not Ready to Quit V8s Yet 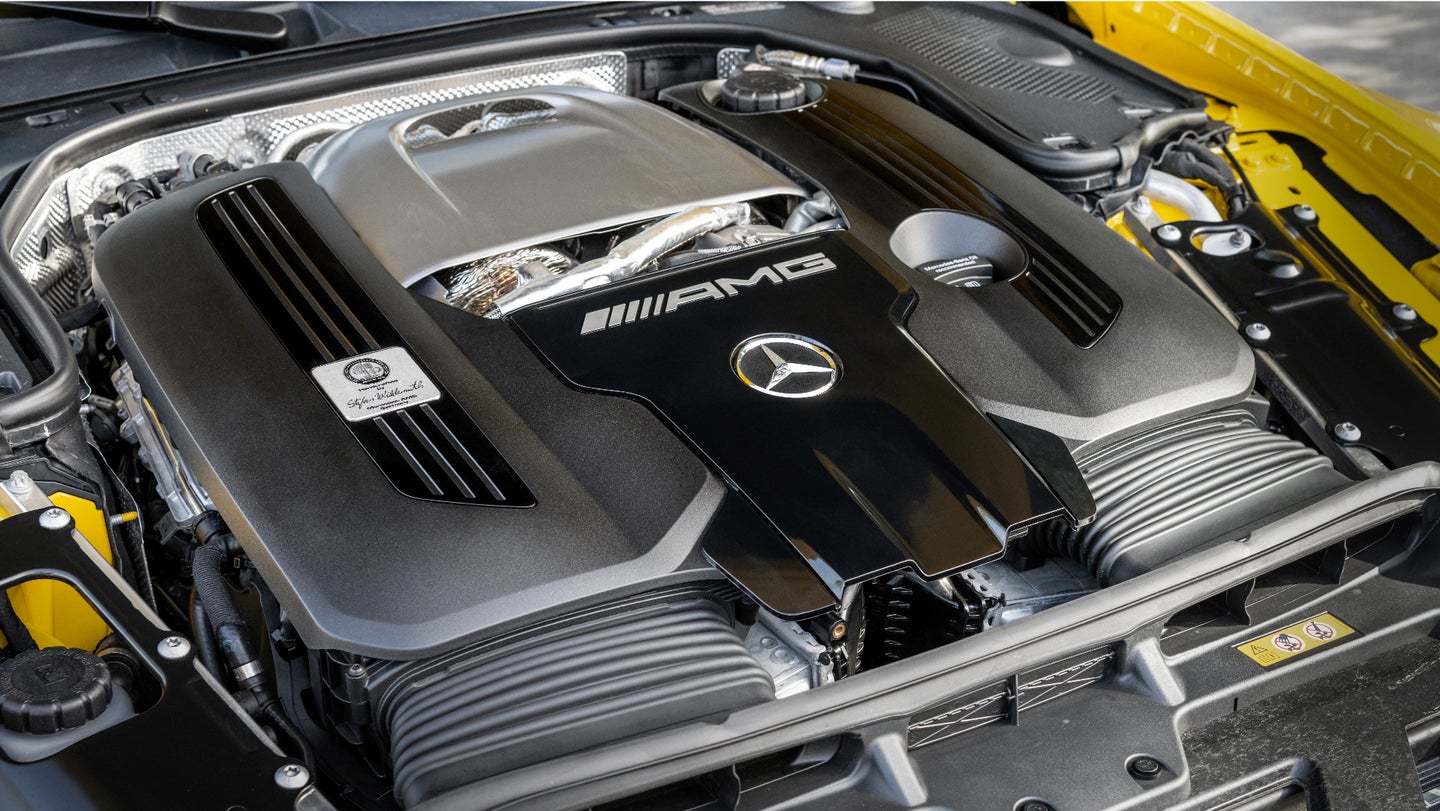 Mercedes-Benz may have previously announced its intention to go all-electric by 2030, but it sounds like AMG isn’t quite ready for that yet. Mercedes-Benz’s vice president for vehicle development, Joerg Bartels, told CarSales that the company is open to keeping its V8s around past 2030 if it’s what buyers want—particularly in hot AMGs.

“In the end it has to fulfill our overall CO2 strategy, and we have a clear path on that one: being CO2 neutral at the end of the ’30s, by 2039. And from 2030 we just want to be pure electric,” Bartels told CarSales. “But if there’s still a customer demand [for gasoline-powered V8s] in some regions, and it’s still part of our offering, why should we stop it?”

Mercedes’ 2030 EV announcement always came with a “where market conditions allow” caveat, and it certainly sounds like the market demands more high-performance AMG V8s. Bartels told CarSales regulations will dictate where and how long they’ll still offer a V8, but as it sits, the demand makes keeping the V8s around worth it.

Bartels says that European regulations may make keeping V8s around there tough starting in the mid-2020s, but the final Euro 7 emissions regulations haven’t been finalized yet, and he’s not giving up hope so easily. Plus, other markets—hello, America—tend to be more lenient.

This tracks with other statements made by Mercedes-AMG higher-ups as well. Mercedes-AMG head Philipp Schiemer said just last year that the V8 has at least 10 more years left, which already pushed things out to 2031.

Other companies like Porsche are investing in synthetic fuels to try and keep internal combustion engines around longer, but Bartels says it’s a non-starter for Mercedes so far.

So, expect AMG to keep offering those lovely V8s—so long as customers are willing to pay for the gasoline and emissions regulations allow it.

The post Mercedes Boss Says They’re Not Ready to Quit V8s Yet appeared first on The Drive.