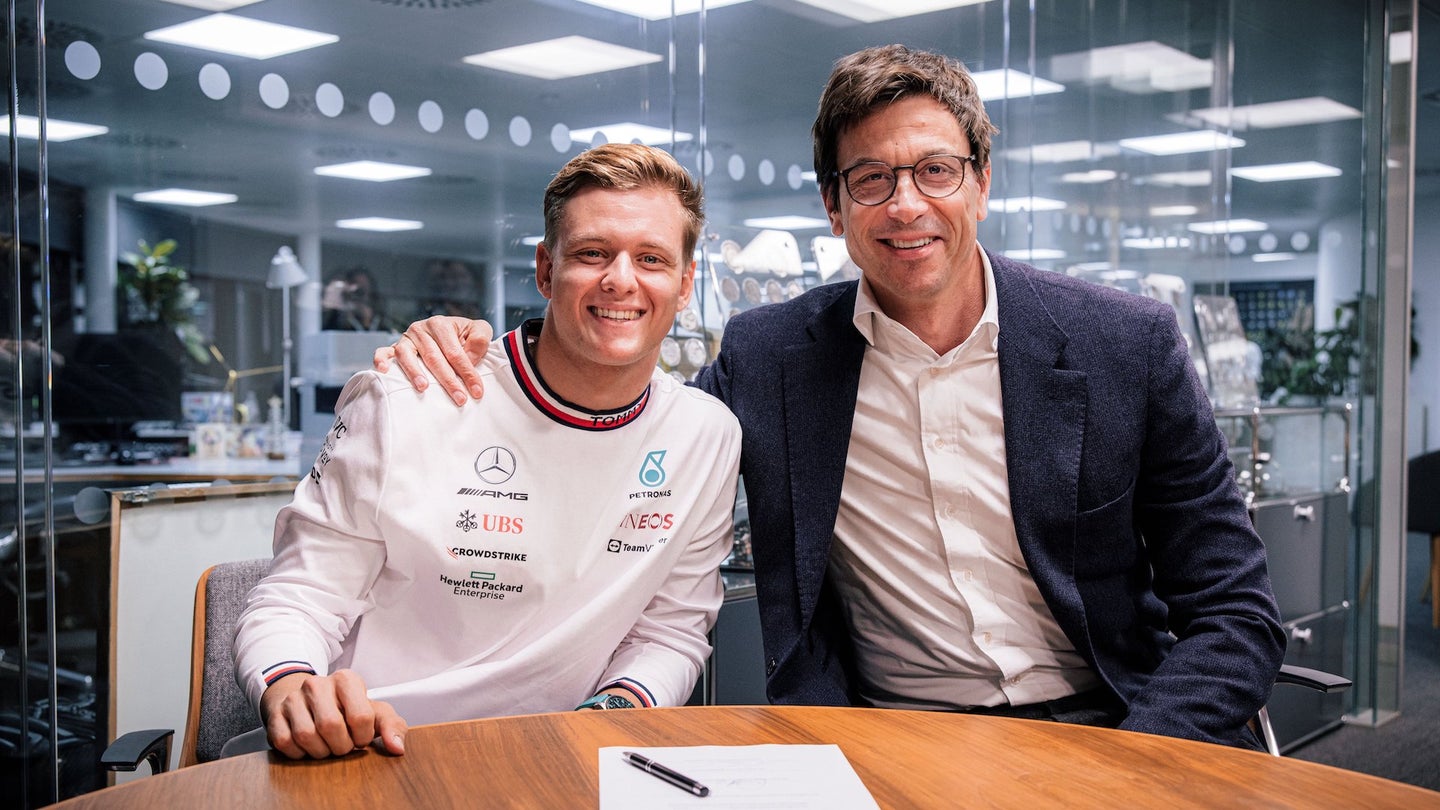 Following his departure from the Haas Formula 1 Team, Mick Schumacher is now confirmed as Mercedes-AMG’s official reserve driver for 2023. The young German follows in the footsteps of his father, Michael Schumacher, who drove for the Silver Arrows after a brief hiatus in 2010.

Team boss Toto Wolff had previously shared his and Mercedes’ desire to support Schumacher, given his father’s involvement with the automaker in sports cars and F1. Other members of the Schumacher family have also raced for Mercedes in various categories, so it only made sense to offer the second-generation driver an opportunity to remain in the F1 circus under the Mercedes umbrella, albeit in a more secondary role.

It’s evident that the 23-year-old driver won’t get nearly as much seat time as he did during his two previous years in F1, but as Daniel Ricciardo can attest, it’s certainly a much better option than fully stepping away from the series. Should he aim to get back into a full-time racing seat at some point, his position at Mercedes should help him stay relevant within the paddock. And not to mention he could find himself on the starting grid should one of the main drivers falter.

“We also know that with two years of experience racing in Formula 1 under his belt, he will be ready to step into the car at short notice to replace either Lewis [Hamilton] or George [Russell], should that need arise,” said Wolff.

The move to Brackley further proves that Schumacher’s relationship with Scuderia Ferrari has come to an end, something which he had already hinted at earlier this year. As a prominent member of the Italian team’s young driver academy, Schumacher was originally limited to Ferrari’s network of customer teams and strategic driver openings. While this surely helped him land a seat at Haas, it proved to be a limitation once he had to look for outside opportunities come 2022.

“I am thrilled to be part of the Mercedes-AMG Petronas F1 Team as their reserve driver for 2023, and I am committed to give it my all to contribute to their performance in this very competitive and professional environment,” said Schumacher in an official statement.

“I take this as a new start, and I am just excited and grateful to Toto and everybody involved for putting their trust in me. F1 is such a fascinating world, and you never stop learning, so I look forward to absorbing more knowledge and putting in all my efforts for the benefit of the Mercedes team.”