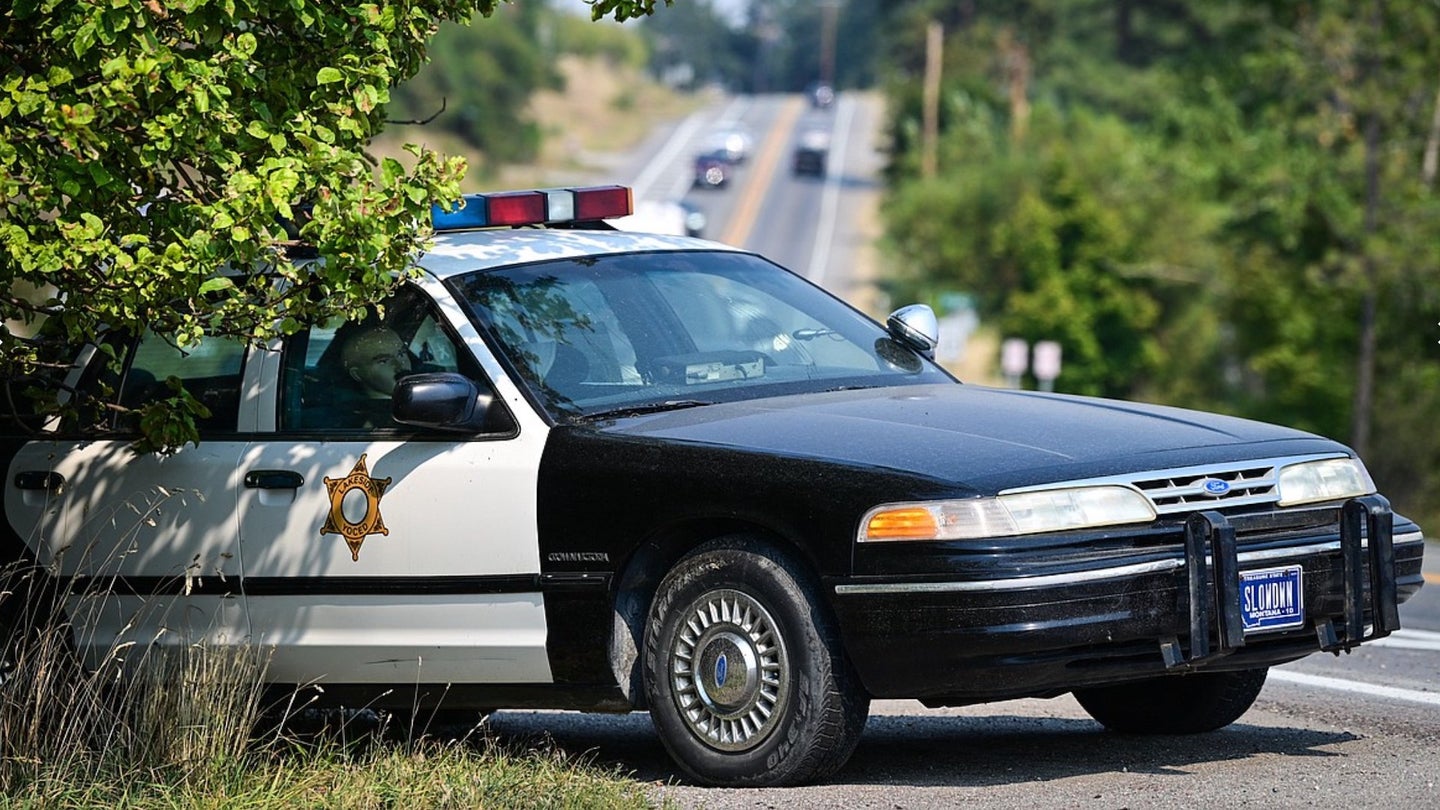 The Montana communities of Lakeside and Somers have only just bid farewell to a 1995 Ford Crown Victoria police cruiser that served half its life with a dummy at the wheel. That’s not a dig at cops—its main operator was a literal mannequin, whose job was to startle drivers into slowing down on an infamous stretch of local highway.

“Lucky,” as the car was known to locals, was originally slated for retirement and sale as surplus in 2008 according to Daily Inter Lake. Instead however, the vehicle was gifted to a local county sheriff reserve patrolman, who floated a citizen’s suggestion that the car could be used to moderate traffic. Lakeside and Somers lie along the heavily trafficked U.S. Route 93, a narrow road with a history of fatalities that has led locals to wear shirts saying “pray for me, I drive 93.” With few other options for controlling traffic on its way northward toward Kalispell or Canada, the town decided to try leaving Lucky by the roadside with a dummy at the wheel.

The mock speed trap thus became a regional icon, one a group of locals maintained out-of-pocket for years. Lucky was stationed around town as a reminder for drivers to watch their speed and became a fixture of local fundraisers. When the car’s original caretakers got too old to perform maintenance, the car fell into the hands of the Lakesid Chamber of Commerce, which took over upkeep and replaced the dummy with a new one nicknamed “Omar.”

As Lucky aged though, the repair bills began stacking up, and the car was occasionally targeted by vandals according to NBC Montana. Between these and the installation of radar speed signs and crosswalks to regulate speed on 93, Lucky became too much to maintain and has been sent into retirement. The communities in the area held the Ford a send-off party at an end-of-summer cruise Tuesday, honoring its role in keeping the community safe. The classic Crown Vic leaves behind big boots to fill, but they won’t stay empty forever—the Lakeside-Somers Chamber of Commerce told NBC Montana that they’re working on a Lucky 2.0. They just need another leftover cruiser first.