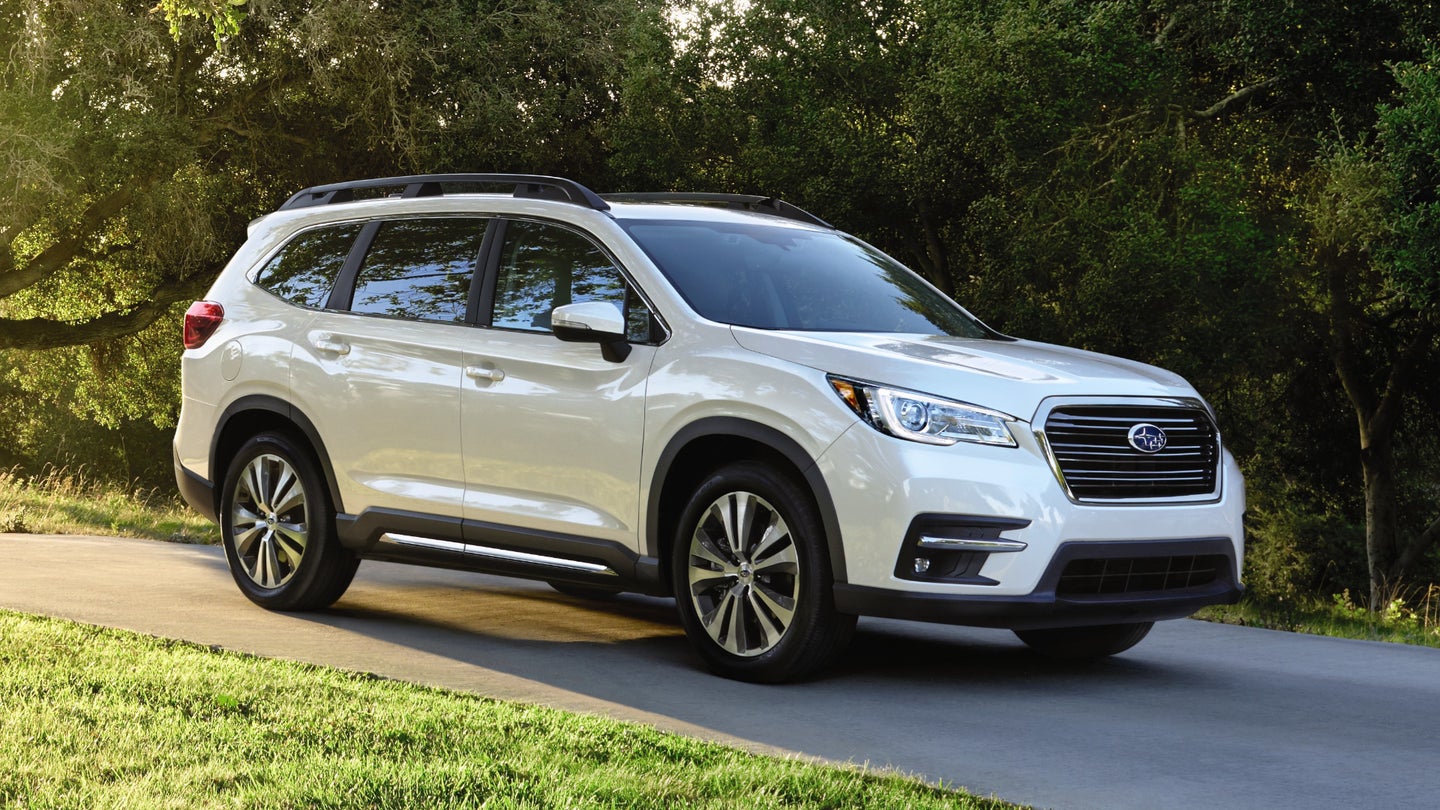 Subaru has announced a recall for its Ascent SUV to repair a potential fire risk.

The recall concerns Ascent SUVs built for the 2019 to 2022 model years, covering 271,694 vehicles in total. The issue involves the Positive Temperature Coefficient (PTC) heater module. The PTC heater is an electronic device that provides interior heat prior to the engine’s coolant coming up to operating temperature.

The problem is caused by an improperly-tightened fastener that secures the ground terminal of the PTC heater. If the fastener is loose and the terminal does not make good contact, the higher resistance of the connection can cause excessive heat to develop at the terminal when the heater is on. This can melt the ground terminal and surrounding components, and potentially cause a fire in the vehicle.

Subaru is not aware of any crashes or injuries related to the PTC heater issue. However, multiple incidents have occurred in the wild, including several that resulted in vehicle fires.

The recall remedy involves replacing the ground terminal bolt and properly fastening the connection. Subaru estimates 0.6% of the recall population may have already suffered melting of the ground terminal or ground wire, which will also be replaced if necessary. Subaru dealers will undertake the inspection and repair work at no cost to affected customers.

Subaru will notify owners by mail within the next 60 days. In the meantime, owners are advised to park their vehicles outside, away from structures like garages and carports. It’s much the same advice that GM gave to Chevy Bolt owners at risk of surprise vehicle fires last year. Vehicles should also not be left unattended with the engine running. Additionally, if smoke or burning smells from the dash or driver’s footwell are detected, drivers should immediately park and turn off the vehicle, and call Subaru’s roadside assistance program.

It’s no surprise that a poor electrical connection can cause a vehicle fire, particularly where high current draw components like the PTC heater are concerned. It serves as a great reminder that regular old cars can catch fire just as, if not more easily than electric vehicles. It’s also a lesson that as modern vehicles become ever more complex, there are ever more ways in which they can go wrong.