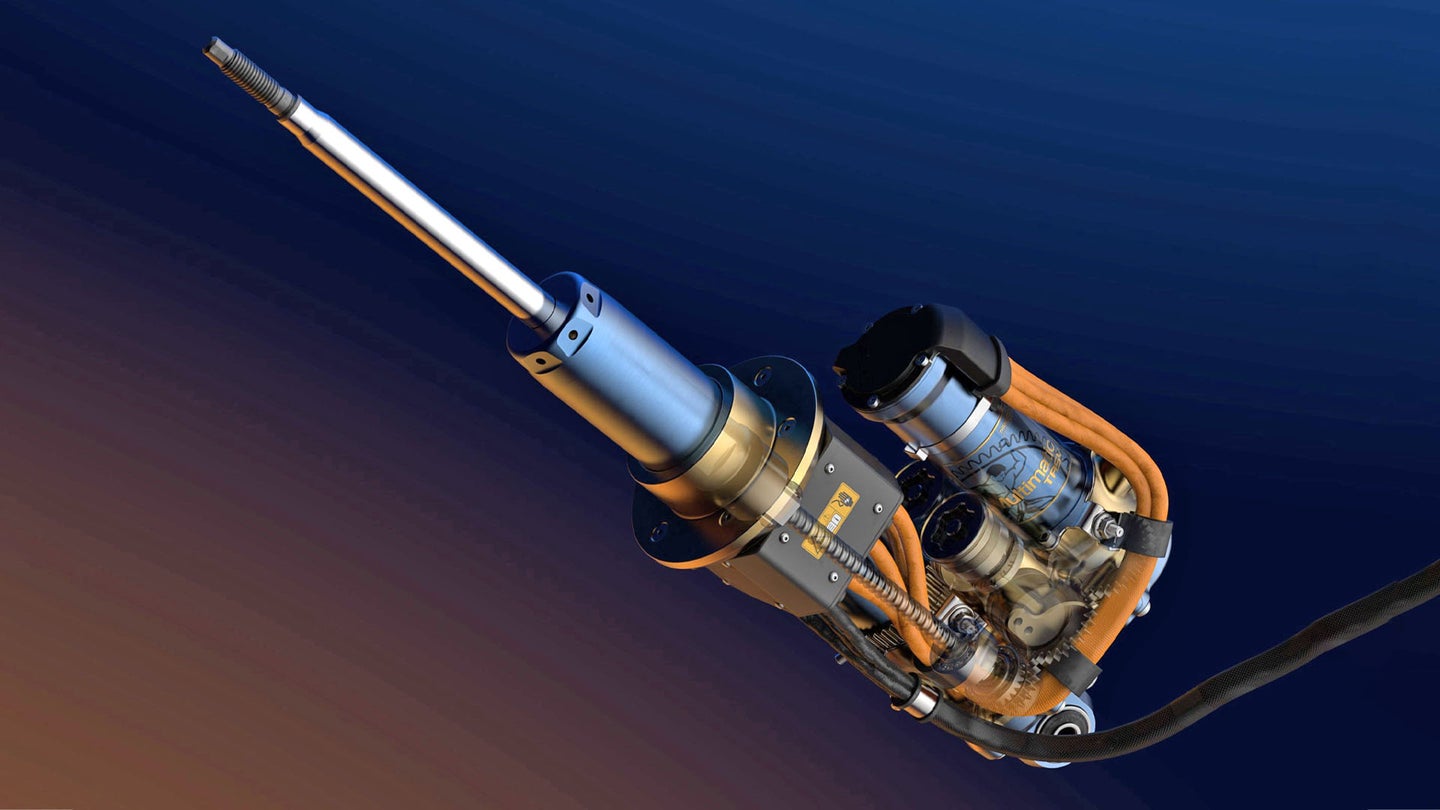 Suspension systems are sort of like rocket science. It all sounds simple when it comes to the theory, but actually making it happen is a whole different ballgame. Multimatic has been trying to make relatively simple ideas in the world of automotive suspension a reality for a long time, and now it’s achieved a breakthrough. Its new TrueActive shocks debuting on the 2023 Ferrari Purosangue combine the company’s classic dual spool valve damping with a mechanism to actively push or pull on the damper shaft itself. This may not sound like much, but it’s a huge deal and I’ll explain why.

In essence, the function of all suspension systems is to control the motion of the wheel. In different situations you ideally want the suspension to react in different ways and perhaps move the wheel to different places—typically up or down relative to a car’s body. This is especially important on a high-riding vehicle like the Purosangue. On other high-dollar performance SUVs, this is often done with a combination of active sway bars, air springs, and magnetic shocks. Multimatic’s new TrueActive dampers combine many of these functions into one.

It works in a deceivingly simple way. The damper shaft itself is two pieces: A classic outer shaft that mounts to the unsprung side of the suspension and an inner ball screw that gets spun by a 48-volt motor working through a damper-mounted gearbox. Think of the outer damper shaft as a nut that’s threaded onto a bolt—like the inner ball screw. Spin the bolt while keeping the nut’s rotation fixed and the nut will move up and down. The nut, in this case, is Multimatic’s outer damper shaft. In practice, it can’t be this simple so a low friction version of a nut and bolt is used, which allows this all to happen at an extremely high speed.

In this way, the damper shaft can move vertically relative to the body of the shock while the damping force remains constantly variable. Again, it’s so simple in theory, but in practice, it means a lot of things can change. For one, swaybars—and complex active swaybars—can now be done away with because by constantly varying the damper shaft’s location, Multimatic can effectively adjust the vehicle’s roll stiffness on the fly. Air springs are also no longer necessary to adjust a vehicle’s ride height. The shocks themselves can simply lift the vehicle by all threading up at once. Combine these functions with active damping on rebound and compression and, well, you have a sort of one-size-fits-all active suspension package.

Mutlimatic’s spool valve system that this is all built upon also doesn’t work the same way as other active shocks. Instead of using a ferrofluid and an electromagnet to adjust damping resistance—if you’ve ever heard of magnetic ride control or Magneride, that’s it—the company instead actively adjusts the size of the orifices in the shock itself mechanically. It does this using spool valves which are actively controlled by an electric motor. You can see it in action below.

In the case of the Purosangue and any future car with this system, every corner of the suspension must be actively managed by a computer as opposed to passively controlled by mechanical components. This is true for most active Multimatic shocks. Likewise, the engineering necessary to make a ball screw of this dimension strong enough to support and work against the partial weight of a car all day, every day, non-stop—until the vehicle gets crashed mere seconds after the owner turns off traction control—is immense.

It’s an impressive feat of design and materials science. It’s also something most Purosangue owners will take completely for granted. But that’s just sort of the nature of most engineering.

I’ve got one question for Multimatic, albeit with two parts: Will these shocks be released in a kit with accompanying software support and will they fit a ratty E36?

The post Multimatic’s New TrueActive Shocks Could Make Sway Bars a Thing of the Past appeared first on The Drive.